Rutherford B. Hayes: The American Franchise

Rutherford B. Hayes: The American Franchise

The Hayes presidency was an important chapter in African American history. Civil rights spokesman Frederick Douglass became the first black man to address a major party convention when he urged racial equality at the 1876 Republican convention which nominated Hayes. However, the backlash against newly freed blacks in the wake of Reconstruction's fall was tremendous in the South. The deal that gave Hayes the presidency secured the Democratic Party's near-total hegemony in the region—power that was largely maintained by denying African Americans of their civil and voting rights. This would culminate with the passage of Jim Crow laws in the 1880s and laws restricting the rights of blacks to vote in the 1890s. The result was a significant reduction in the size of the electorate.

During his time in office, Hayes also voiced frequent support for Native American citizenship rights, also an unpopular cause at the time. Nevertheless, in the aftermath of Custer's 1876 defeat, the U.S. military continued its advances in Indian territory. In Montana, the Crow and Blackfoot were removed from their reservations. The Ute were moved off their lands in Colorado, and the Nez Perce were invaded after gold was discovered on the Salmon River in Idaho. Chief Joseph of the Nez Perce tribe fought valiant battles and eventually gave up, telling his people sadly in 1877: "Hear me my chiefs. I am tired; my heart I am sick and sad. From where the sun now stands I will fight no more, forever."

Asian immigrants began to find their way into America in the mid-nineteenth century, and by the time Hayes took office, resentment against them was strong as well. Competing for jobs with workers of German and Irish descent, Chinese immigrants were the subject of the first restrictive legislation on immigration, which Hayes vetoed in 1879 to broad public dissatisfaction. The President stuck to his guns, however, and pushed through his own plan that regulated Chinese immigration as opposed to banning it altogether. Two years after he left office, however, a ten-year ban on such immigration was enacted. This piece of legislation caused great resentment in China, which saw it as an example of racial discrimination, since immigrants from Europe were being welcomed by the millions. 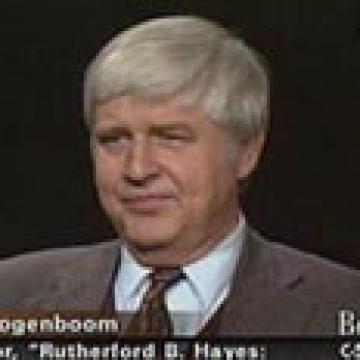