Defense scholar Fred Ikle famously noted that “all wars end.” Moreover, they almost always end via negotiations and not the physical annihilation of the adversary. Even the “unconditional surrender” of Japan in August 1945 was conditioned upon U.S. assurances that Emperor Hirohito would stay on his throne, thereby saving millions of Japanese (and likely hundreds of thousands of American) lives. With the Russian war in Ukraine now in its third week, certain conclusions can be drawn with a high degree of confidence:

Absent the political will in Russia, Ukraine and in the United States to explore some such terms of settlement, the prospect is for an indefinite proxy war between Russia and NATO during which Ukraine gets progressively destroyed.

It took the unexpected Vietcong/North Vietnamese Tet offensive in early 1968 (which in the end proved to be a “military-technical” disaster for the North) to induce U.S. leaders to reexamine their objectives in Vietnam; the price of sustaining the existing commitment had become too high politically. Likewise, the unexpectedly fierce and effective Ukrainian resistance to date has undermined Russia’s initial planning for this campaign. Putin has recently stated that, if Ukraine meets three conditions, the war will end. These are: recognition of Russian sovereignty over Crimea, the independence of the regions of Luhansk and Donbas, and Ukrainian neutrality; in other words, what was the de facto status quo antebellum. Is there a way to square the circle(s) of seemingly irreconcilable Russian and Ukrainian objectives? Given the premises outlined above, and assuming sufficient political will in Moscow, Kiyiv, and Washington, D.C., there is a range of diplomatic tools that could be exploited to end this war. Thus:

With the understanding that a settlement along the lines proposed below is to be negotiated in good faith, Russia and Ukraine agree to an immediate, comprehensive, and indefinite cease-fire pending the withdrawal of Russian troops to Russia and the end of the de facto naval blockade of Ukraine along its Black Sea coastline. The interim cease-fire line may be patrolled and monitored by UN observers.

Absent the political will in Russia, Ukraine and in the United States to explore some such terms of settlement, the prospect is for an indefinite proxy war between Russia and NATO during which Ukraine gets progressively destroyed, the debility of the allegedly “modernized” Russian armed forces continues to be demonstrated to the entire world, while NATO and Russia maintain a non-negligible risk of escalation to direct war between them, something that their predecessors managed to avoid over 42 years of cold war. 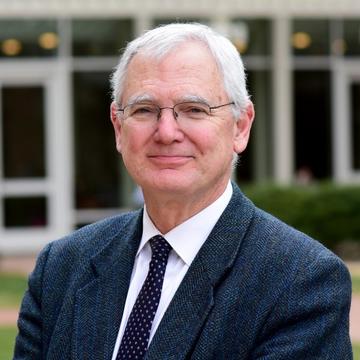 Allen Lynch is a professor in the University of Virginia's Department of Politics, specializing in Russian foreign policy, Russian politics in comparative perspective, and relationships between international order and political development. In 2006, he received an All-University Teaching Award. Between 1993-2006, as director of the Center for Russian & East European Studies, he raised $1.5 million in Russian and East European Foreign Language and Area Studies Fellowships and program funds.