We must be willing, individually and as a Nation, to accept whatever sacrifices may be required of us. A people that values its privileges above its principles soon loses both. Inaugural Address

Born in Texas and raised in Kansas, Dwight D. Eisenhower was one of America's greatest military commanders and the thirty-fourth President of the United States. Inspired by the example of a friend who was going to the U.S. Naval Academy, Eisenhower won an appointment to the U.S. Military Academy at West Point. Although his mother had religious convictions that made her a pacifist, she did not try to stop Eisenhower from becoming a military officer. 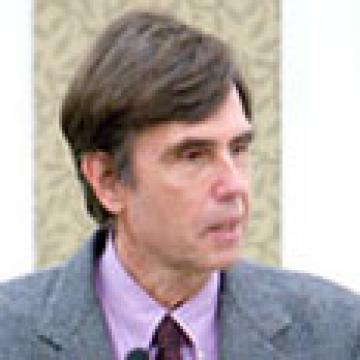 Professor Pach is an associate professor of history at Ohio University and former director of the Contemporary History Institute.

Ike and his world

The Hidden-Hand Presidency: Eisenhower as Leader
The Bitter Road to Freedom: A New History of the Liberation of Europe
Dueling Visions: U.S. Strategy toward Eastern Europe under Eisenhower
Cambridge History of the Cold War