…with all the creative energy at our command, let us begin an era of national renewal. Let us renew our determination, our courage, and our strength. And let us renew our faith and our hope. Inaugural Address

Ronald Wilson Reagan, the 40th President of the United States, followed a unique path to the White House. After successful careers as a radio sports announcer, Hollywood movie actor, and television host, he turned to politics and was elected governor of California in 1966, serving eight years. He ran unsuccessfully for President in 1968 and 1976, but in 1980, during a time of U.S. economic troubles and foreign policy difficulties, he won the Republican presidential nomination in a contest with George H.W. Bush and others and defeated President Jimmy Carter in the general election. 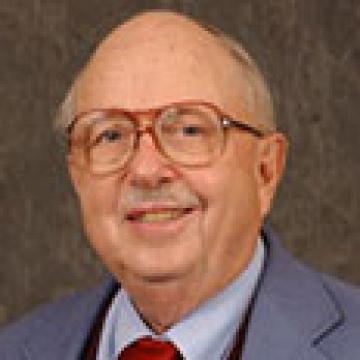 Mr. Cannon is the author of nine books, five of them on Ronald Reagan, and has been called Reagan’s definitive biographer. As a journalist, he covered the Reagan presidency for The Washington Post and the Reagan governorship of California for the San Jose Mercury-News.

From our Historical Presidency Series, Professor Thomas Blanton examines how the 40th president baffles his biographers

The grand strategy of Ronald Reagan

By the book: Ronald Reagan

The role of leadership in grand strategy

Historian Hal Brands explains why quality leadership, although necessary, is not sufficient for the ultimate success of a grand strategy

At Reagan's Side: Insiders' Recollections from Sacramento to the White House
Reagan's Legacy in a World Transformed
For the Soul of Mankind: the United States, the Soviet Union, and the Cold War
The President’s Words: Speeches and Speechwriting in the Modern White House