Could Russia and Ukraine be ready for real negotiations?

Could Russia and Ukraine be ready for real negotiations?

Fyodor Lukyanov, chair of Russia’s Presidium of the Presidential Council on Defense and Foreign Affairs and host of the weekly television program Mezhdunarodnoye obozrenie (International Review), interviewed UVA Russia expert Allen Lynch. This is a transcript of the interview.

Lukyanov: In such bitter conflicts – what are from your experience crucial conditions for the beginning of substantial negotiations? Is it possible to measure the readiness for real talk?

Lynch: Once wars are underway, they tend to continue until the certain costs of continuing the war are seen as clearly much higher than the uncertain benefits of compromises to bring about peace. One or both sides have to believe that a politically meaningful military victory is impossible. Unfortunately, this usually means that all military options have to be exhausted before a real negotiation begins. Three examples from the cold war come to mind: (1) In 1986, Gorbachev gave the Soviet military one year to find a military solution in Afghanistan. When that failed, as he likely expected, he began negotiations to end the war. That took two years. (2) During the Korean War, by April 1951, after 10 months of bitter fighting, the military line stabilized at roughly the 38th Parallel, where the war began; neither side could do much to move the line significantly. Negotiations then began in earnest but it took two years to reach an armistice. (3) By December 1965, U.S. Defense Secretary Robert McNamara privately concluded that the U.S. could not win the war in Vietnam, but he continued in that office for two more years as the U.S. kept escalating, until by early 1968, the domestic political costs of continuing the war became too high. A provisional peace settlement was not reached until January, 1973.

While this is a gloomy vision, perhaps it underscores the costs of delay in moving toward peace and relying unduly upon military instruments in advancing one’s security.

Once wars are underway, they tend to continue until the certain costs of continuing the war are seen as clearly much higher than the uncertain benefits of compromises to bring about peace.

Lukyanov: How to measure the readiness to talk?

Lynch: You have to begin to talk, first, in secret. No media involved, directly or indirectly; no statements to the press. The negotiations over détente between the Brezhnev and Nixon administrations in the early 1970s is a model here, especially the use of what Soviet Ambassador Anatoly Dobrynin called “the confidential channel.”

Also, sincerity can be measured by how costly each side’s proposals are to itself in terms of its own domestic politics. Thus, when Ukrainian President Zelensky states publicly that Ukraine is prepared to accept neutrality (no NATO membership) as a condition of peace, this should be taken very seriously, as the goal of NATO membership is inscribed in the Ukrainian constitution. This is a politically costly step for Zelensky to take, but as he currently has 90 percent approval rating in Ukrainian public opinion, he might be able to convert that political capital into a compromise settlement of the war with Russia. To me, this seems enough to begin a cease-fire while many difficult details of a final settlement are worked out.

Lynch: The compensation would have to be enormous, say in Russia paying for the reconstruction of Ukraine (in parallel with the lifting of Western economic sanctions after a mutually agreed-upon peace settlement). And a neutral party would have to supervise referenda in disputed territories, that is, the United Nations. This could allow Kyiv the political room to let go of its claim to Crimea and accept real autonomy for the two eastern provinces of Luhansk and Donetsk.

Lukyanov: Could a national referendum on any peace settlement in Ukraine work? President Zelensky mentioned a referendum which will be needed to confirm negotiations' results. Is this form feasible in the current “post truth” circumstances, when voting procedures have become highly partisan and mutual bias is enormous?

The majority of Ukrainians now seem to think that the Russian goal in this war is to eliminate Ukrainian sovereignty and independence and for some even the Ukrainian nation.

Lynch: This is difficult to see, given how the war has greatly inflamed Ukrainian opinion on dealing with Russia. The majority of Ukrainians now seem to think that the Russian goal in this war is to eliminate Ukrainian sovereignty and independence and for some even the Ukrainian nation. Russia will have to find a way of addressing this concern if it wishes a lasting peace with Ukraine. The Ukrainian constitution does require a referendum on any territorial changes. But it also includes NATO membership as a national goal. So, if Zelensky can trade neutrality for a ceasefire and eventual withdrawal of Russian troops from Ukraine, a way might be found to deal with existing territorial disputes, perhaps, as I’ve noted, by organizing referenda under UN supervision.

Russia will have to make a convincing demonstration of the long-term benefits of peace and that it is interested in security and not the elimination of Ukrainian sovereignty, such as internationally observed demilitarized zones along both sides of the Russian-Ukrainian border and Belarusian-Ukrainian border. Russian observance of this could be a condition of neutrality. At the same time, the U.S. and NATO will have to make clear that their interest is in stabilizing Russian-Ukrainian relations and not bleeding Russia white over the ruins of Ukraine. This means putting real pressure on Kyiv to accept a final settlement that reflects difficult compromises like neutrality.

So you can see that this is a true diplomatic Rubik’s cube.

One final thought: It is a stupendous irony that, after a month of war, Vladimir Putin, and Russia as a whole, have an objective interest in keeping Zelensky in power in Kyiv. It is hard to see any other Ukrainian leader with both the requisite political capital and willingness to compromise with Russia that are essential to ending this war. Russia needs to deal with Zelensky and soon if it wants to avoid being completely consumed by this war. 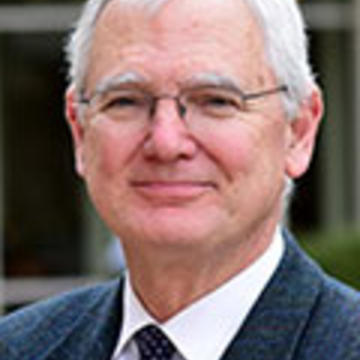 Allen Lynch is a professor in the University of Virginia Department of Politics focused on Russian foreign policy, Russian politics in comparative perspective, and relationships between international order and political development. He is the former director of UVA's Center for Russian & East European Studies.