Ashley Deeks joined the University of Virginia Law School in 2012 after two years as an academic fellow at Columbia Law School and is the E. James Kelly, Jr. - Class of 1965 Research Professor of Law. Her primary research and teaching interests are in the areas of international law, national security, intelligence, and the laws of war. She has written articles on the use of force, executive power, secret treaties, the intersection of national security and international law, and the laws of armed conflict. She is the director of the UVA Law School's National Security Law Center, a member of the State Department’s Advisory Committee on International Law, and she serves as a senior contributor to the Lawfare blog. Deeks also serves on the boards of editors of the American Journal of International Law and the Journal of National Security Law and Policy. She is the supervising editor for AJIL Unbound, and is a senior fellow at the Lieber Institute for Law and Land Warfare.

Deeks served in the Biden Administration as White House associate counsel and deputy legal adviser to the National Security Council. Before joining Columbia in 2010, she served as the assistant legal adviser for political-military affairs in the U.S. State Department’s Office of the Legal Advisor, where she worked on issues related to the law of armed conflict, the use of force, conventional weapons, and the legal framework for the conflict with al-Qaida. She also provided advice on intelligence issues. In previous positions at the State Department, Deeks advised on international law enforcement, extradition, and diplomatic property questions. In 2005, she served as the embassy legal advisor at the U.S. embassy in Baghdad, during Iraq’s constitutional negotiations. Deeks was a 2007–08 Council on Foreign Relations international affairs fellow and a visiting fellow in residence at the Center for Strategic and International Studies.

Deeks received her JD with honors from the University of Chicago Law School, where she was elected to the Order of the Coif and served as comment editor on the Law Review. After graduation, she clerked for Judge Edward R. Becker of the U.S. Court of Appeals for the Third Circuit. 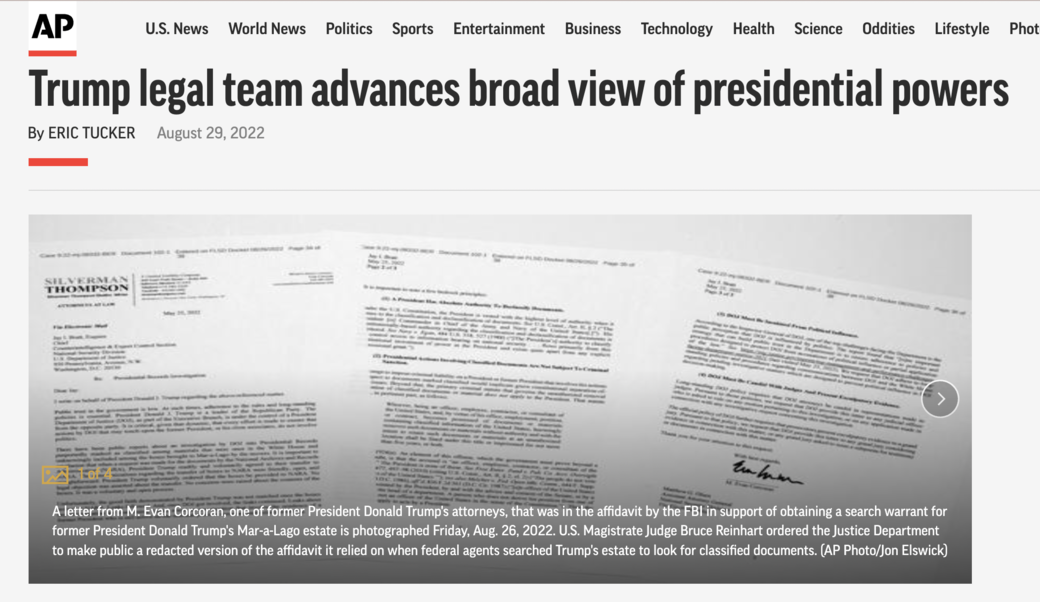 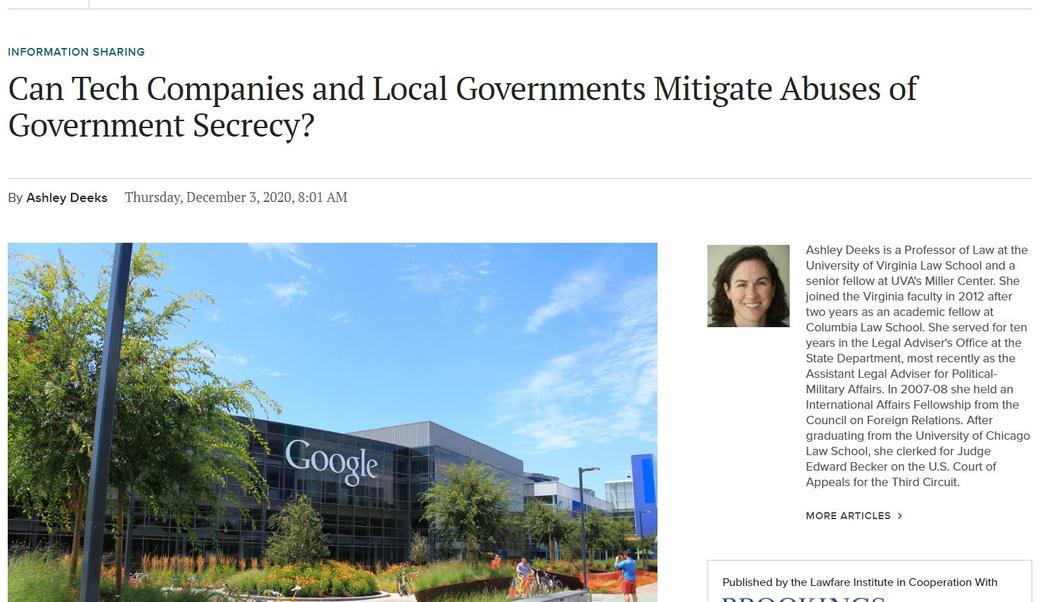 Can Tech Companies and Local Governments Mitigate Abuses of Government Secrecy?
The 2020 election brought into sharp relief the critical role that technology companies and local governments play in securing elections and minimizing disinformation about voting. The Cybersecurity and Infrastructure Security Agency’s (CISA’s) #Protect2020 Strategic Plan recognized that state and local election officials “are on the front lines” of election security, and it identified media and social media companies as key partners.
Ashley Deeks Lawfare Blog 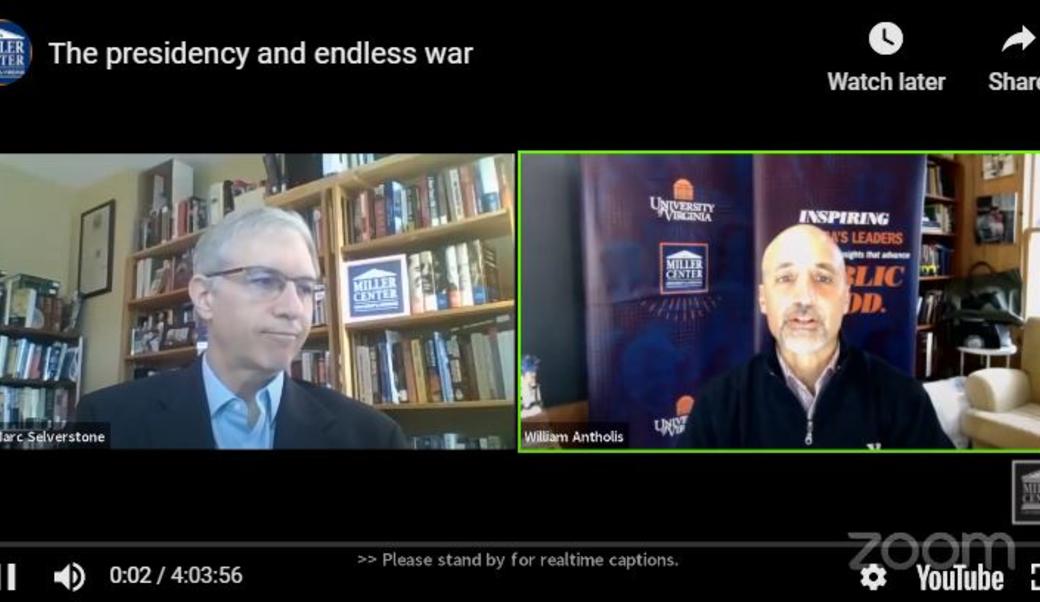 The presidency and endless war
Since 1776, the United States has been at war 93 percent of the time—227 out of 244 years, according to Global Research. Why is that? And what does it mean for the future of our nation, at home and abroad? This half-day public conference will focus on the roots, management, and direction of so-called “endless wars.” During the five sessions, speakers will consider the political, legal, military, cultural, and governance implications of remaining engaged in these indefinite conflicts, and the future prospects of fighting a “forever war."
Ashley Deeks Miller Center Presents 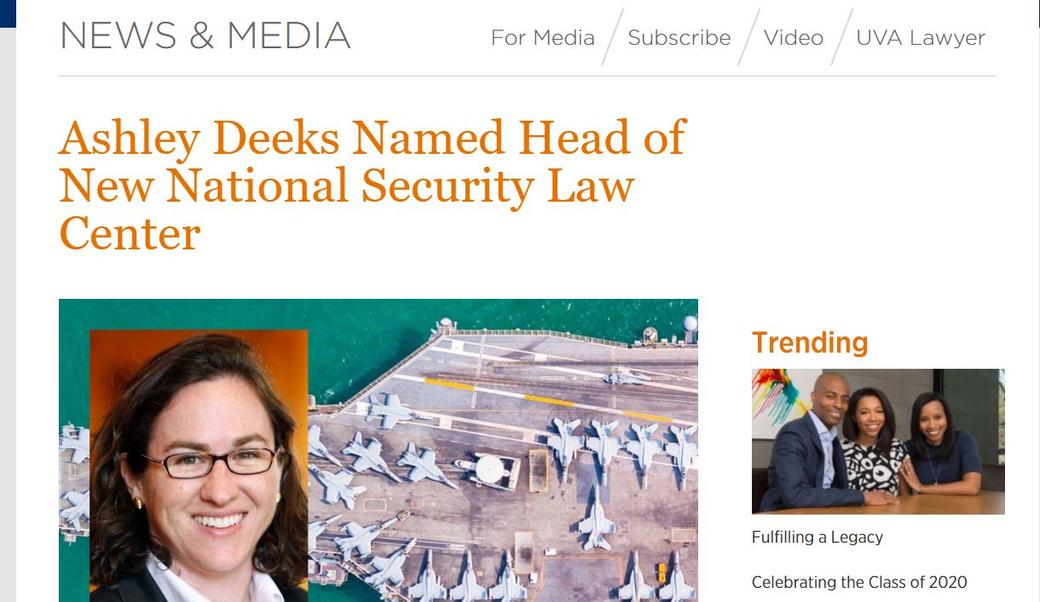 Ashley Deeks Named Head of New National Security Law Center
Professor Ashley Deeks, a national security law expert and former official with the U.S. State Department, has been named director of the National Security Law Center at the University of Virginia School of Law. The center will help support the academic contributions of faculty, and serve as a hub for professors and working professionals to exchange ideas, as well as create increased opportunities for students interested in national security law.
Ashley Deeks UVA School of Law 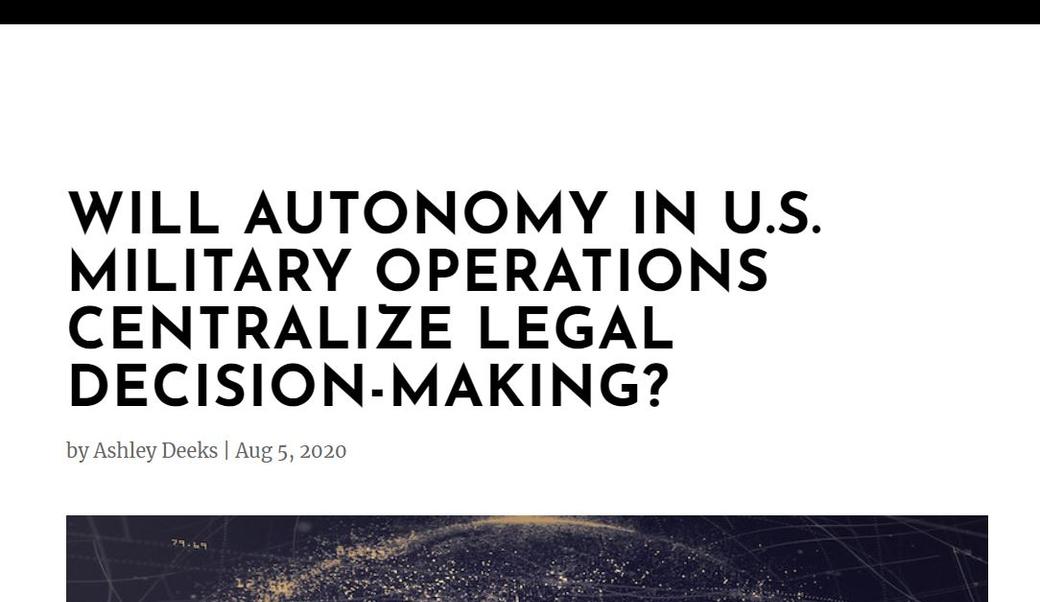 Will Autonomy in U.S. Military Operations Centralize Legal Decisionmaking?
The growth of machine learning tools in military operations raises new questions about where the most critical decision points are located. Are the most important political, operational, and legal decisions made out in the field, where the tools are used, or in headquarters, at the time the tools are developed? This post argues that—perhaps ironically—the growing use of autonomy may end up centralizing key military and legal decisions.
Ashley Deeks West Point Lieber Institute