Brantly Womack retired as the Miller Center’s C. K. Yen Chair and professor of foreign affairs at the University of Virginia. He received his BA degree in politics and philosophy from the University of Dallas, and after a Fulbright in philosophy at the University of Munich, earned his PhD in political science from University of Chicago. He is the author of China Among Unequals: Asymmetric International Relationships in Asia (World Scientific Press 2010) and China and Vietnam: The Politics of Asymmetry (Cambridge 2006), as well as more than 100 articles and book chapters. He edited China’s Rise in Historical Perspective (Rowman and Littlefield 2010), the product of a lecture series at the Miller Center, and Contemporary Chinese Politics in Historical Perspective (Cambridge 1991). In 2011, Womack received the China Friendship Award for his work with Chinese universities. He holds honorary positions at Jilin University, East China Normal University, and Zhongshan (Sun Yat-Sen) University. 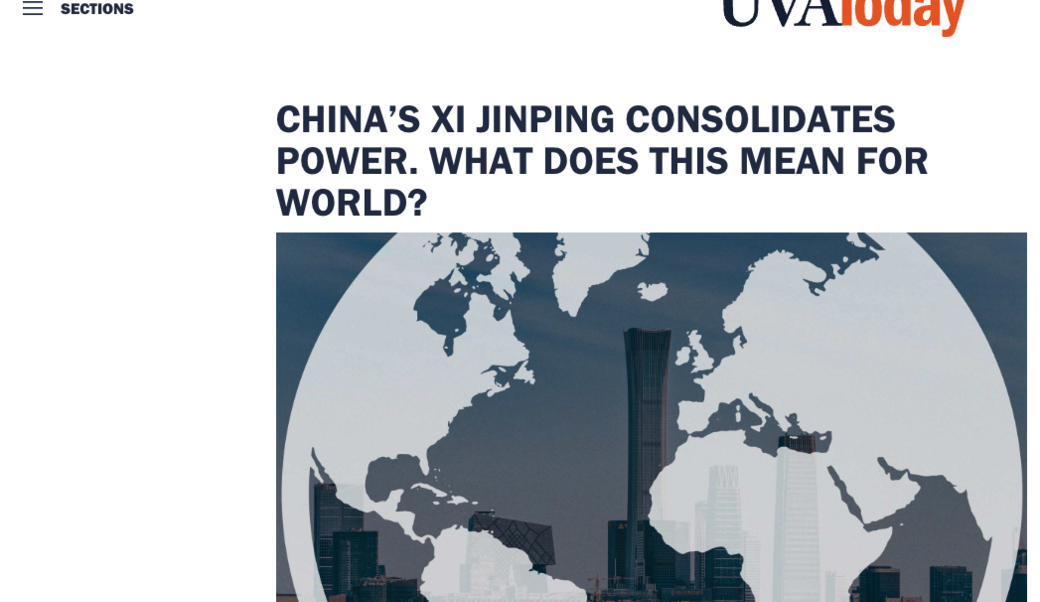 China's Xi Jinping consolidates power. What does this mean for world?
UVA Today spoke with Brantly Womack, a University of Virginia professor of foreign affairs and faculty senior fellow at the Miller Center of Public Affairs, as well as author of a variety of books on Asia.
Brantly Womack UVA Today 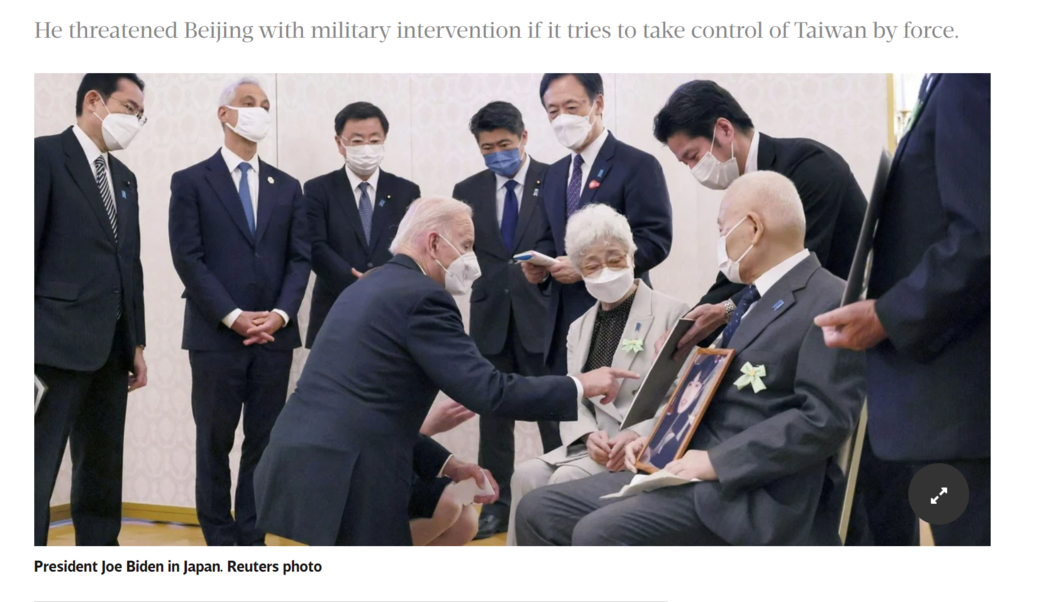 Joe Biden's tour of Asia launched a 13-country alliance to take on China
Brantly Womack, professor emeritus at the University of Virginia and an expert on East Asia, told Clarín that “President Biden's statements were made in response to a question that did not allow an ambiguous answer. While his willingness to respond militarily does not indicate a new US stance on the China-Taiwan relationship, it continues President Donald Trump 's trend of shifting more weight onto Taiwan."
Brantly Womack Clarin 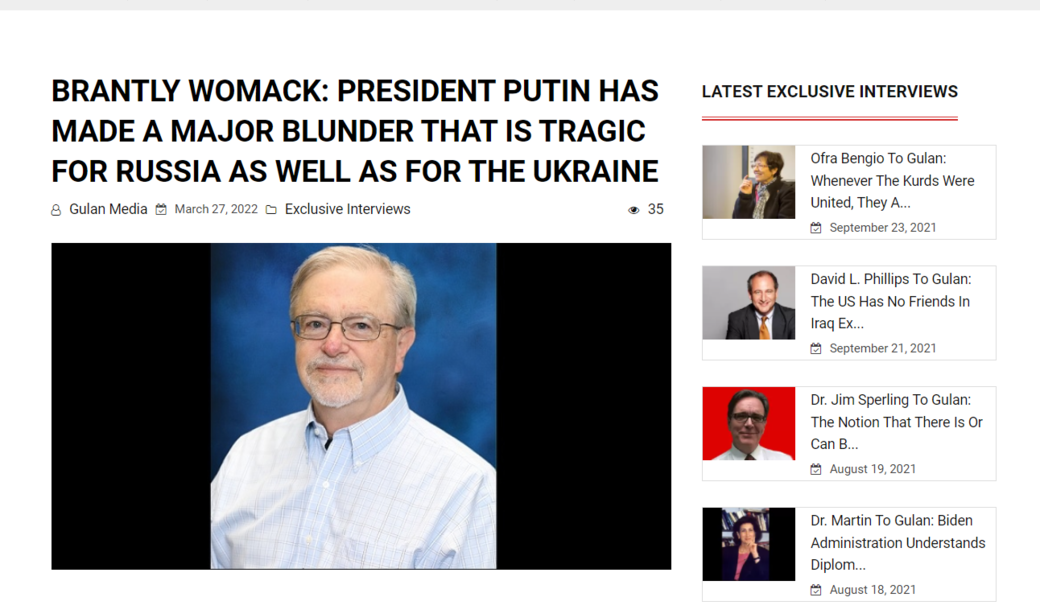 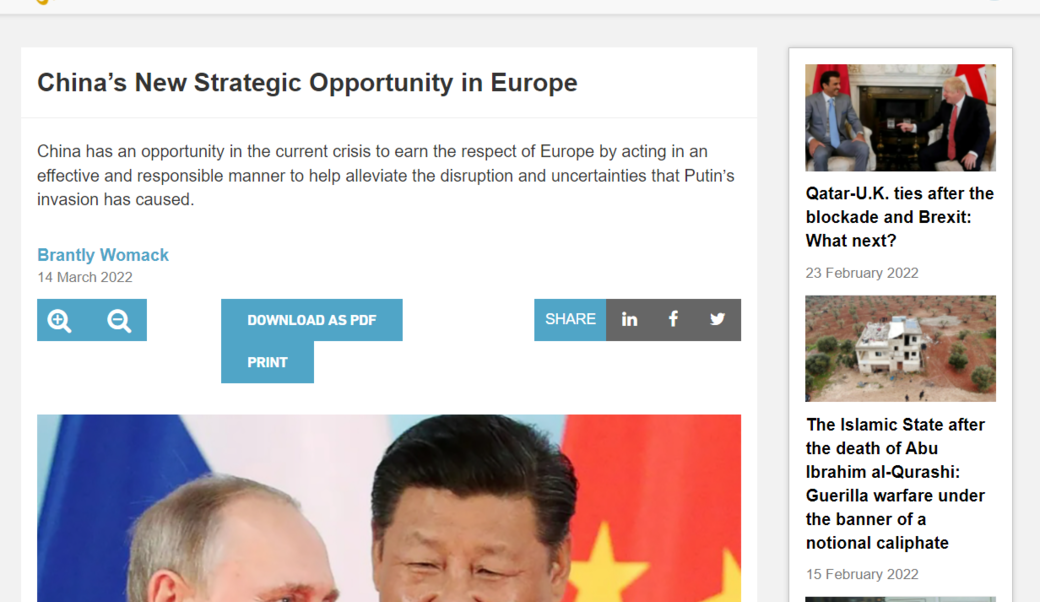 China’s New Strategic Opportunity in Europe
President Vladimir Putin’s historic blunder in Ukraine has created a crisis in Europe that is costly for China but at the same time opens for it an opportunity for a new role in global politics. The costs are real and will continue to grow as long as the Russian invasion and occupation of Ukraine continues. China’s tactical opportunity to contribute to mediation creates a strategic opportunity to move beyond the strategy of peaceful rise in a given international environment to one of providing key coordination in a post-hegemonic world.
Brantly Womack Aljazeera Centre for Studies

Taking the fork in the road: China's Ukraine dilemma
Yogi Berra’s famous line about seizing the non-choice is an apt description for China’s reaction thus far to Putin’s invasion of the Ukraine. On the one hand, China abstained from the UN vote condemning the invasion, on the other, China’s foreign minister reiterated the longstanding foreign policy commitment to respect sovereignty in his conversation with his Ukrainian counterpart. There are mixed opinions among the Chinese public about the invasion, but the government has deeper reasons for kicking the fork down the road. The last thing China wants is a new Cold War.
Brantly Womack Miller Center Russia-Ukraine blog 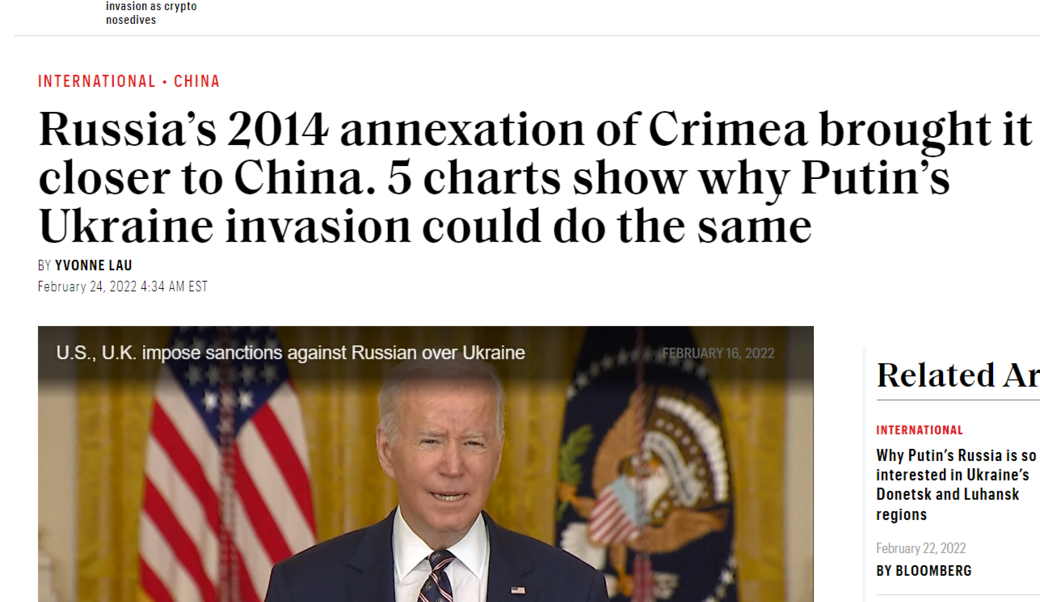 Russia’s 2014 annexation of Crimea brought it closer to China. 5 charts show why Putin’s Ukraine invasion could do the same
With Russian ties to Europe all but severed, Russia will lean even more on its friendship with China, says Brantly Womack, senior fellow at the Miller Center and professor of foreign affairs at the University of Virginia.
Brantly Womack Fortune