Cristina Lopez-Gottardi Chao is assistant professor and chair of public programming at the Miller Center. Her programmatic work centers primarily on Miller Center Presents and she served as co-editor of the First Year 2017 opportunity and mobility volume. Prior to her appointment in 2007, Lopez-Gottardi Chao held positions at Emory University’s Institute for Comparative and International Studies, the University of Miami’s North-South Center, and Barclays Bank Latin American Regional Office. She has also worked as a consultant to Freedom House. Lopez-Gottardi Chao received her undergraduate degree in politics and Spanish from Middlebury College and her doctorate from the University of Miami’s School of International Studies. Her dissertation, The Growth of Opposition in Cuba: Problems and Prospects for Democratization, was awarded the 2005 Alberto J. Varona Prize for best dissertation in Cuban studies.

Lopez-Gottardi Chao's scholarship examines the evolving nature of U.S.-Cuban relations, the state of human rights on the island, and Cuba’s opposition and dissident movement, considering prospects for democratization from this sector. The December 2014 change in U.S.-Cuban relations and the direct role played by President Obama in altering this policy has created an alignment between Lopez-Gottardi Chao's core scholarship with a focus on the American presidency and in particular, executive decision making.

Drawing on past research related to democracy promotion efforts via studies of USAID and other governmental and nongovernmental organizations, Lopez-Gottardi Chao is also interested in broader U.S. foreign policy questions. In addition, she is beginning research on the growing Hispanic population in the United States, and the implications this demographic will have on domestic policymaking and the role of the presidency in assimilating this core and expanding minority group. 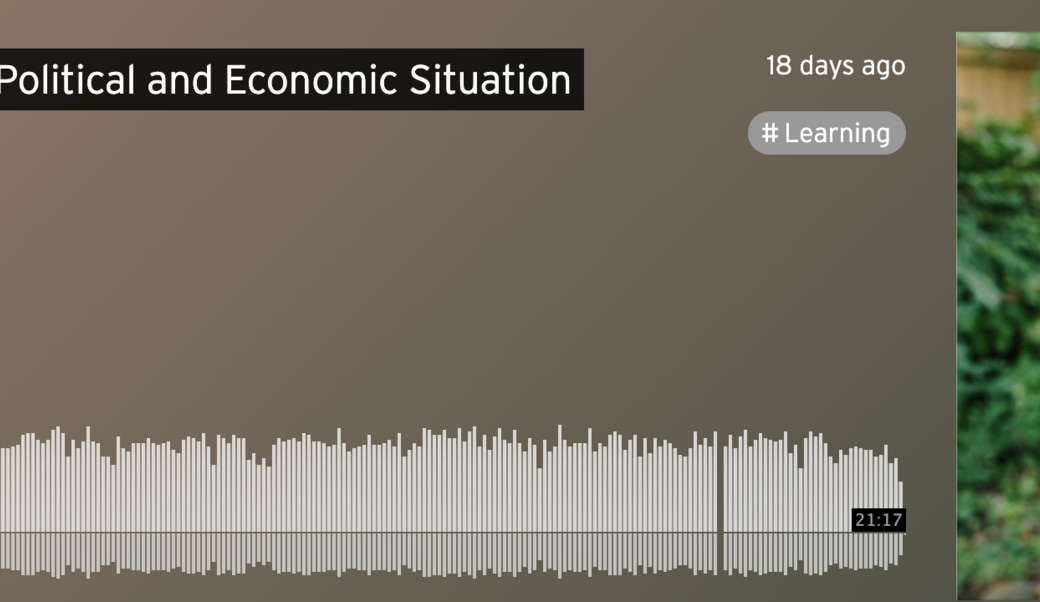 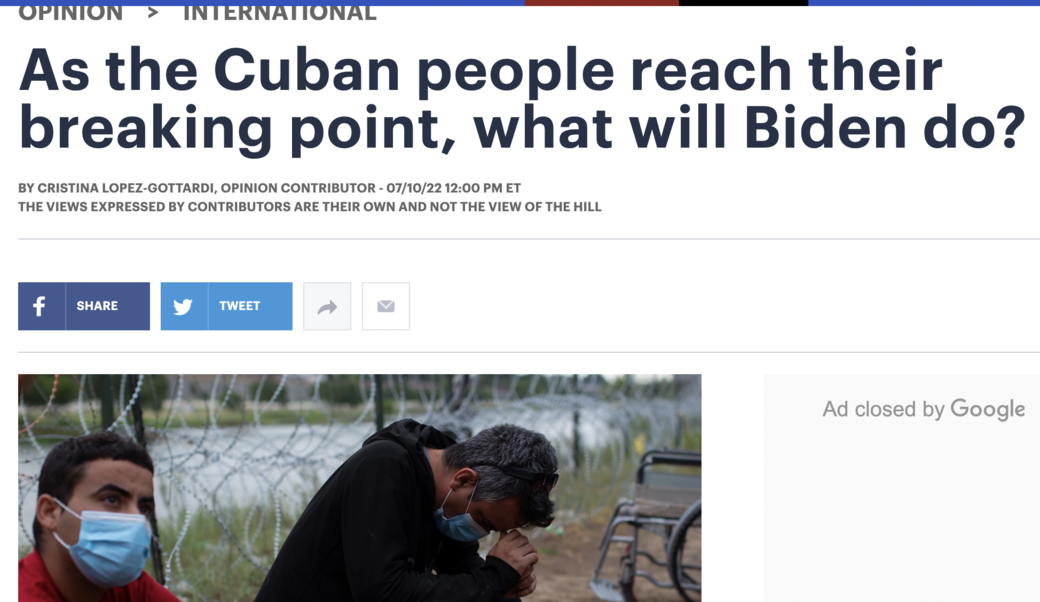 As the Cuban people reach their breaking point, what will Biden do?
Cristina Lopez-Gottardi Chao, University of Virginia's Miller Center assistant professor and research director for public and policy programs, writes that "Tomorrow marks the anniversary of the July 11 nationwide protests in Cuba. Since that historic day, authorities have cracked down on anyone expressing dissent with the government."
Cristina Lopez-Gottardi Chao The Hill

Russia's growing influence in Latin America
In a surprising development, the administrations of U.S. President Joe Biden and Venezuela’s President Nicolas Maduro met recently to discuss what many assume to be Venezuela’s close relationship with Russia. They talked about the possibility of lifting U.S. oil sanctions, unleashing an alternative to Europe’s reliance on Russian oil supplies. What makes this move noteworthy is that the United States and Venezuela have not engaged diplomatically in the past four years.
Cristina Lopez-Gottardi Chao Miller Center Russia-Ukraine blog

Putin's new wave of repression
While Russian President Vladimir Putin’s hardline stance against opposition is well-established, there is reason to worry the Russian leader may be ushering in a new wave of repression. In an effort to deal with mounting internal dissent that has become increasingly active in the days since Russia began its war on Ukraine, more than 7,000 protesters were detained last week in cities across Russia. On Sunday alone, an estimated 4,300 more were arrested as a result of their participation in anti-war activities.
Cristina Lopez-Gottardi Chao Miller Center Russia-Ukraine blog 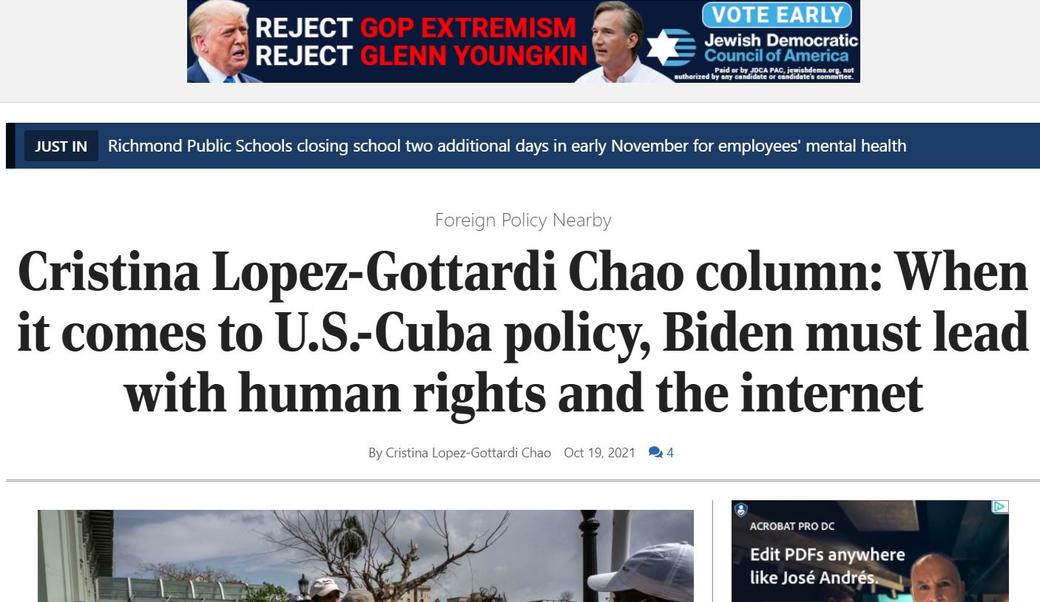 When it comes to U.S.-Cuba policy, Biden must lead with human rights and the internet
President Joe Biden has a unique opportunity to pressure the Cuban government on human rights reform, as his administration continues its review of Cuba policy and prepares for the possible resumption of consular services at the U.S. Embassy in Havana.
Cristina Lopez-Gottardi Chao Richmond Times-Dispatch 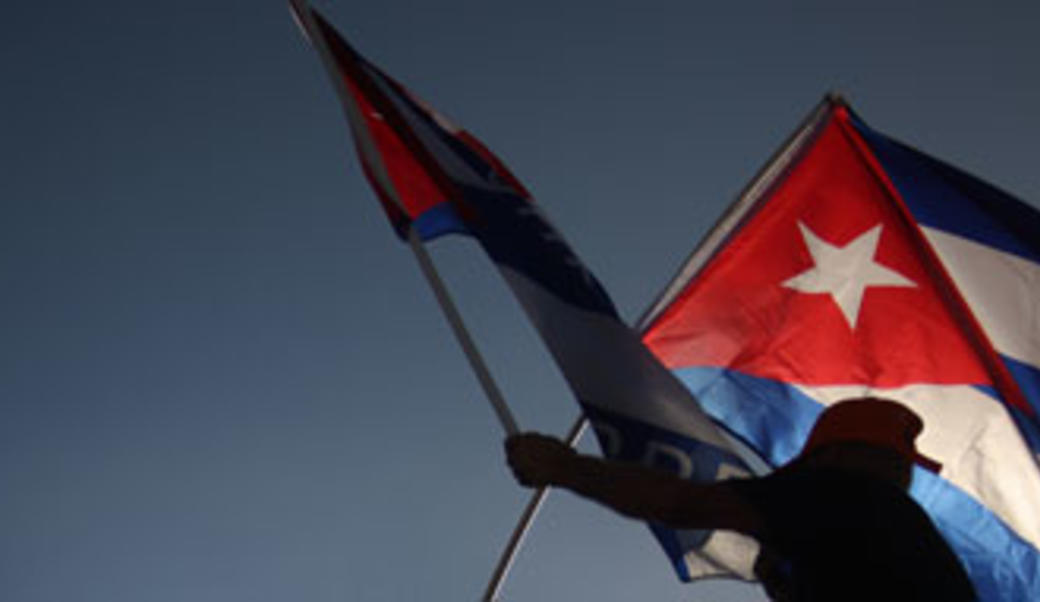 Cubans' unprecedented cry for change
Sunday’s protests in cities across Cuba were unprecedented in their scale and in the boldness of Cuban citizens to confront authorities and the repression that has plagued them for six decades. While reminiscent in some ways of the Aug. 5, 1994 “maleconazo” that brought a few thousand Cubans to Havana’s waterfront, and to the 1980 storming of the Peruvian embassy, the sweep and scope of this weekend’s protests appear to mark a new and distinct era of broad citizen defiance and disaffection with the island’s 62-year old communist regime.
The Hill