A leading scholar in immigration, constitutional law, and international law, David A. Martin has helped shape immigration and refugee policy while serving in several key U.S. government posts. He joined the University of Virginia law faculty in 1980, after a period of private practice in Washington, D.C., and service as special assistant to the assistant secretary in the State Department’s then-new human rights bureau. He has published numerous books and articles in scholarly journals, including a leading casebook on immigration and citizenship law, now in its eighth edition. His op-ed commentary has been published in The Washington Post, The New York Times, Vox, The Hill, the International Herald Tribune, and The National Law Journal, among others.

As principal deputy general counsel of the Department of Homeland Security from January 2009 to December 2010, and in earlier government service at the Department of State and the Department of Justice (including an appointment as general counsel to the Immigration and Naturalization Service, 1995-98), Martin was closely involved in critical legal and policy developments in the immigration field. These included the Refugee Act of 1980, a major alteration of U.S. asylum procedures in 1995, implementation of the 1996 statutory amendments to the immigration laws, Obama Administration immgration reforms, and the federal government’s 2010 lawsuit against Arizona’s restrictive immigration enforcement law.

He also served as DHS’ representative on the interdepartmental task forces created by President Obama’s executive orders for evaluating the cases of all detainees at Guantánamo and for reviewing overall detention policies in the battle against terrorism. Martin was appointed in 2015 to the federal government’s Homeland Security Advisory Council. In July 2018, he and three other members resigned in protest of the Trump Administration’s actions separating arriving migrant children from their parents.

Martin holds a BA degree from DePauw University and a JD degree from Yale Law School, where he was editor-in-chief of the Yale Law Journal. After law school, Martin served as a law clerk for Judge J. Skelly Wright of the D.C. Circuit, and then for Supreme Court Justice Lewis F. Powell, Jr. He is the Warner-Booker Distinguished Professor of International Law Emeritus at the UVA Law School. 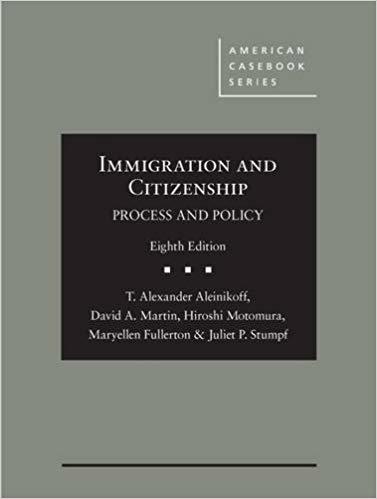 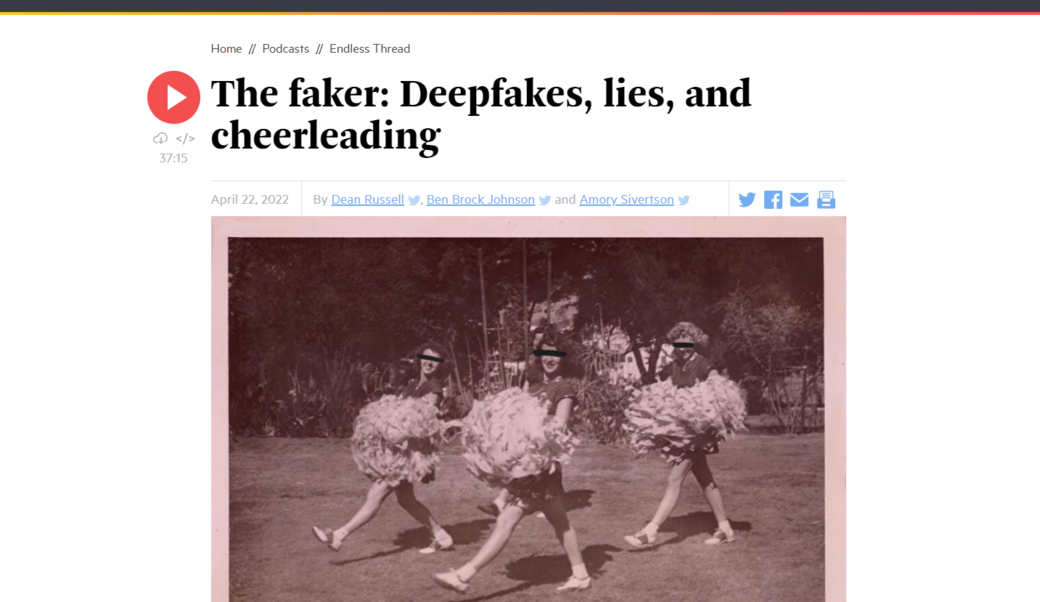 The faker: Deepfakes, lies, and cheerleading
We went to a few experts. Danielle Citron, at the University of Virginia’s LawTech Center. "I have long been writing about intimate privacy, so the privacy around our most intimate parts of ourselves and our lives."
Danielle K. Citron WBUR 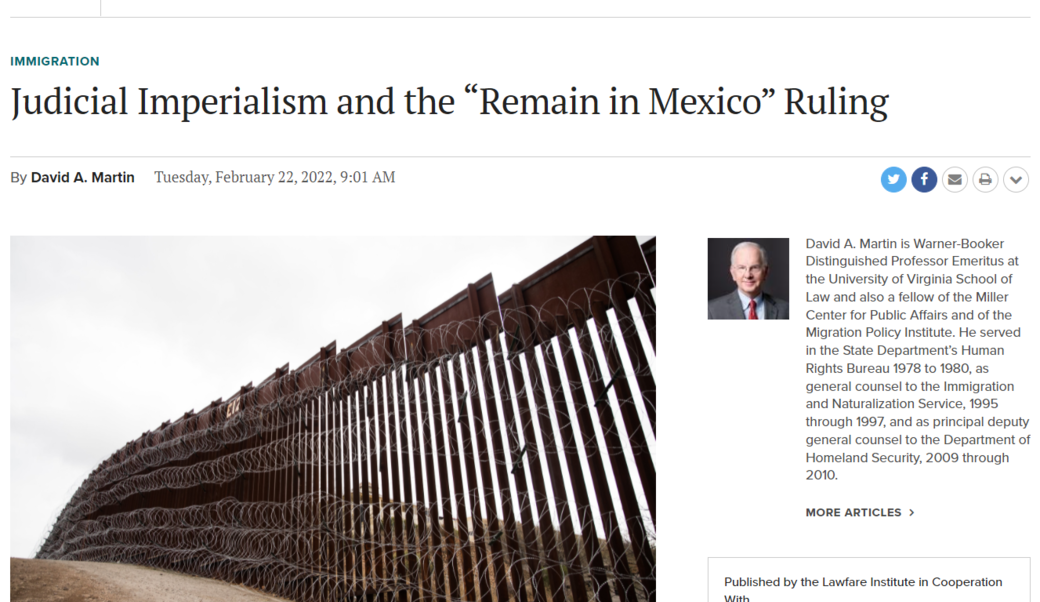 Judicial Imperialism and the “Remain in Mexico” Ruling
The court’s opinion carries the reader along on what purports to be textual analysis and implacable logic. On closer examination, however, it is a startling exercise in judicial imperialism. The opinion seizes on fragments of statutory text, taken out of context, to construct a presumed congressional intent that would be more to the judges’ liking.
David A. Martin Lawfare 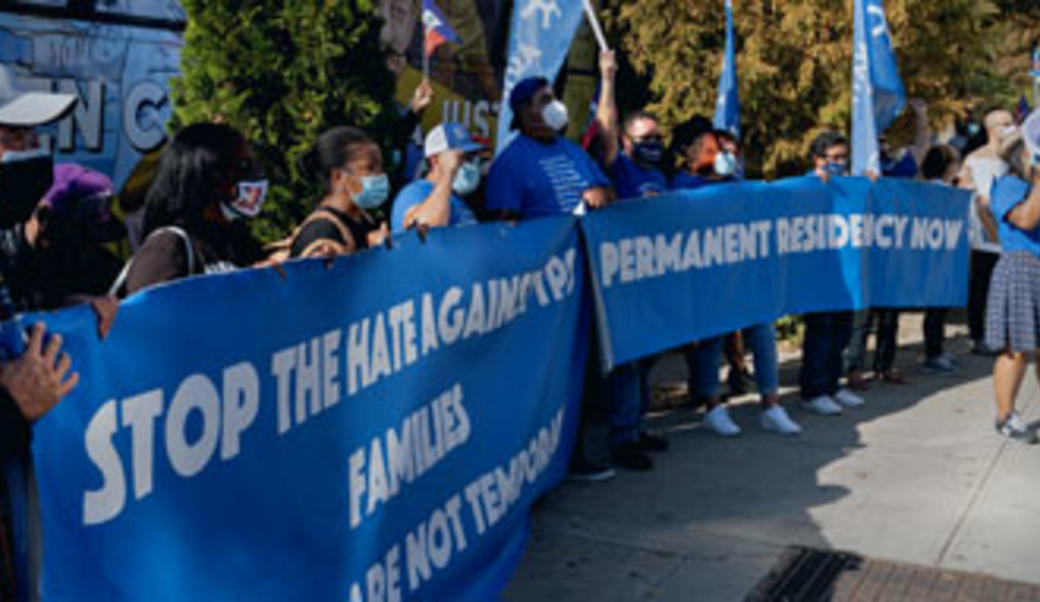 Temporary Protected Status: Removing barriers to family unity
A straightforward change in the government’s policy and its litigation stance could help remove a barrier blocking critical relief to several tens of thousands of noncitizens.
Just Security 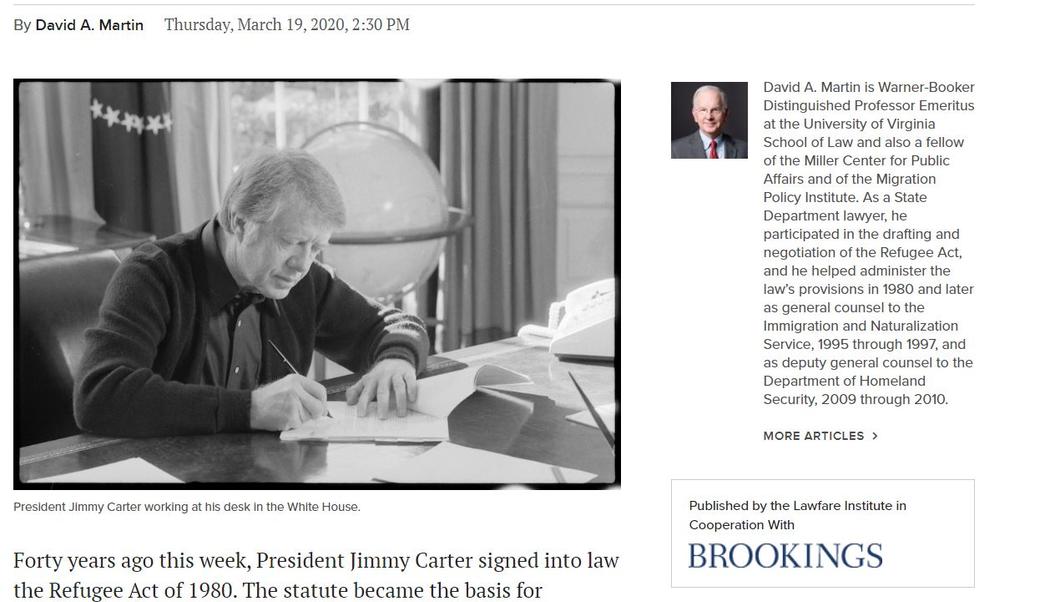 The Refugee Act of 1980: A Forlorn Anniversary
Forty years ago this week, President Jimmy Carter signed into law the Refugee Act of 1980. The statute became the basis for successful resettlement of more than 3 million refugees from distant countries to the United States—a significant humanitarian achievement, and one from which our economy, culture and even cuisine have benefited. Resettlement has also helped resolve or ameliorate foreign policy crises. And the act reshaped and clarified the U.S. framework for political asylum. We should be celebrating these accomplishments. Instead a pall hangs over this anniversary.
David Martin Lawfare