John Bridgeland, practitioner senior fellow, is the founder and CEO of Civic, a bipartisan ideas company in Washington, DC. He is also vice chairman of the Service Year Alliance, to make a year of national service a common expectation and opportunity for all 18-28 year olds; co-convener of Grad Nation, to reach a 90 percent high school graduation rate by 2020; vice chairman of Malaria No More, a nonprofit working to end malaria deaths in Africa; producer of the film Sea of Hope; and co-founder of the High Seas Initiative, to bring the national park idea to the ocean.

Bridgeland is a graduate of Harvard College and the University of Virginia School of Law. He practiced law in the New York and Paris offices of Davis, Polk & Wardwell and served as chief of staff for Congressman Rob Portman. He has given commencement addresses at the College of William & Mary, Johns Hopkins University, Saint Anselm College, Hamline University, Averett University, and Ripon College. In addition, he was given the Intercollegiate Tennis Association’s Lifetime Achievement Award in 2015, and was named Non-Profit Executive of the Year in 2009 for his work in developing the Edward M. Kennedy Serve America Act that was signed into law. Bridgeland serves on numerous nonprofit boards and national commissions. 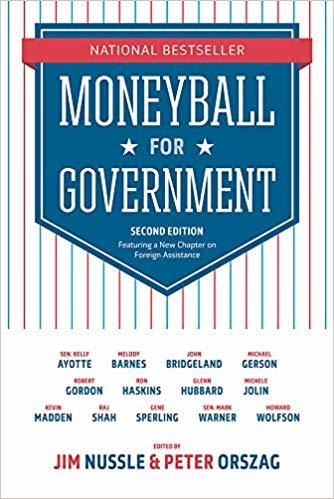 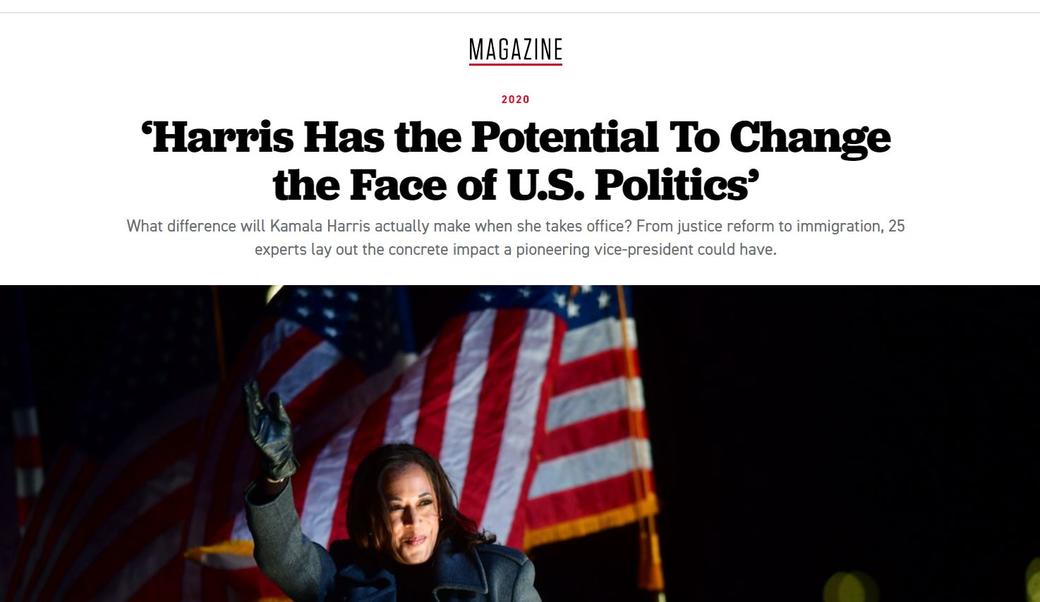 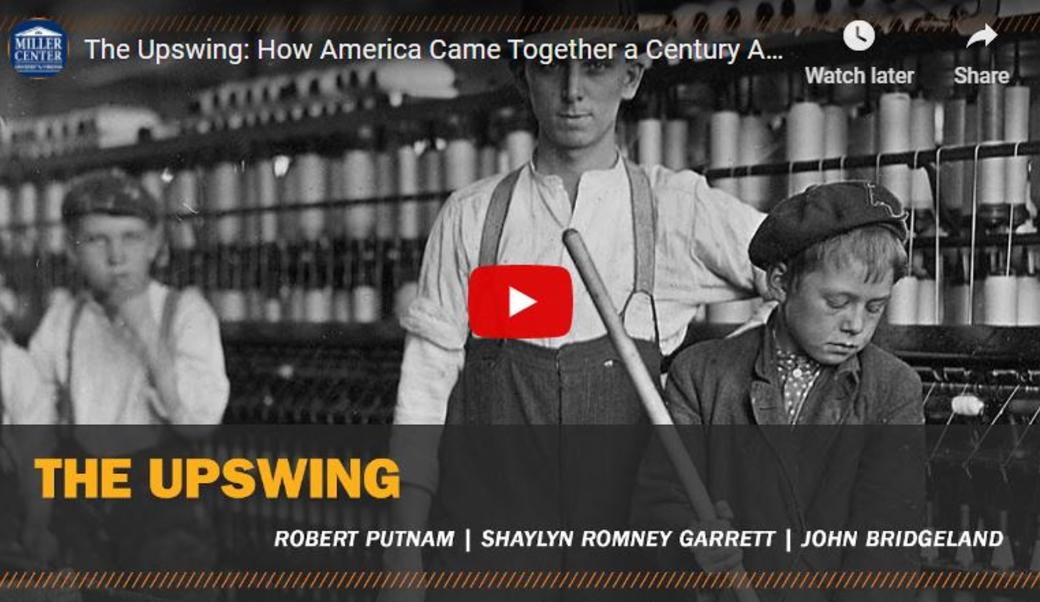 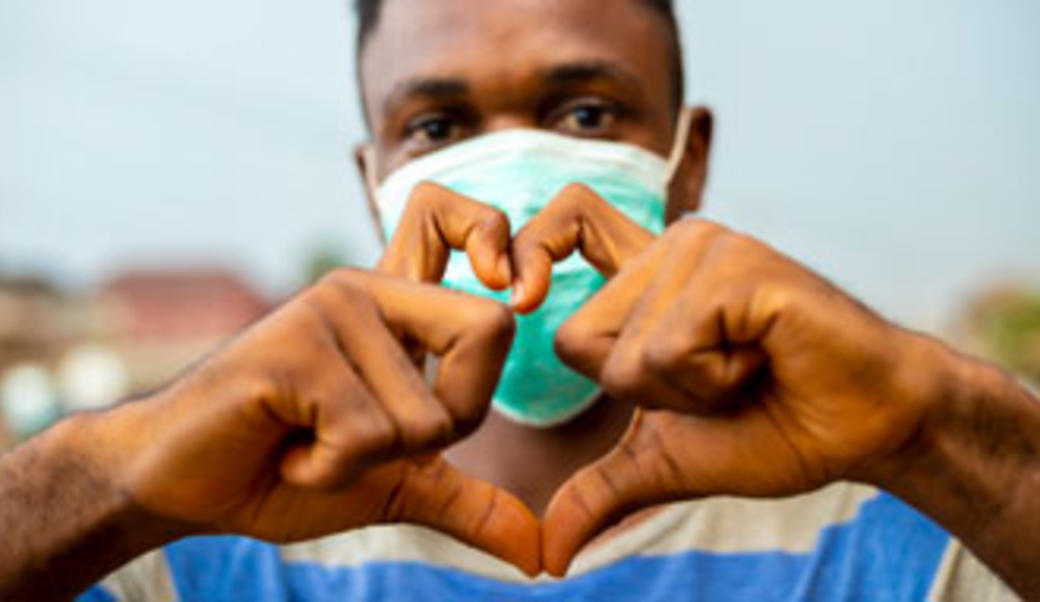 Millions of youth forgotten amid pandemic
The catastrophic effects of the coronavirus crisis are reversing progress for many young people.
Melody Barnes and John Bridgeland The Hill 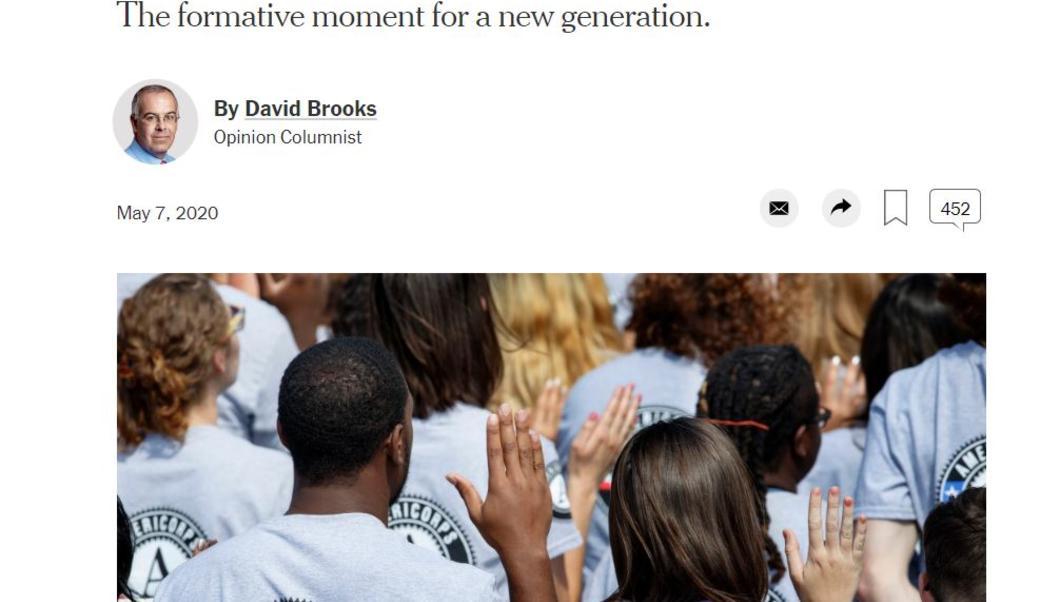 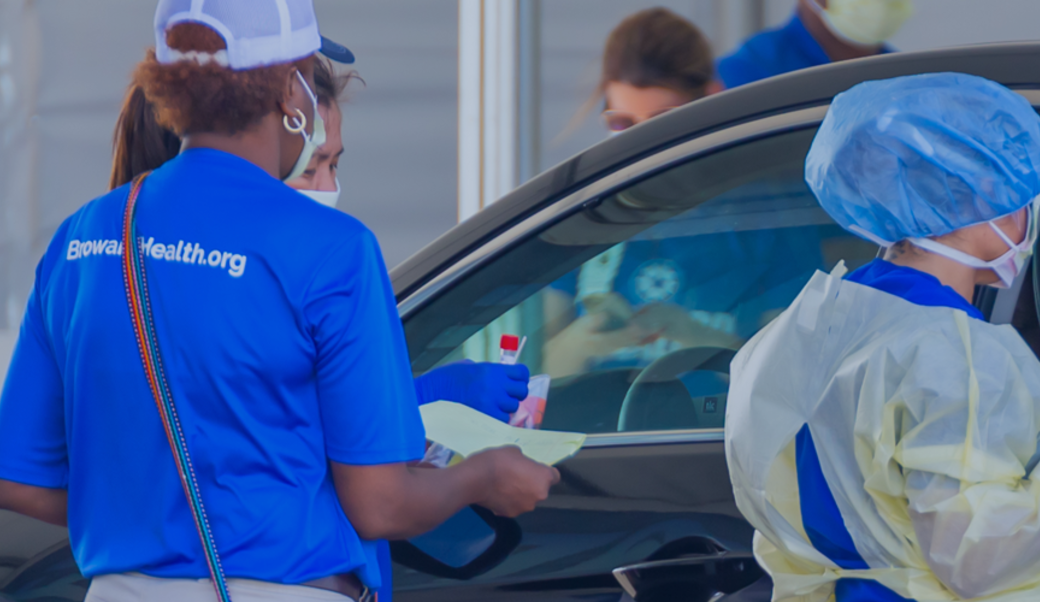 'Ask not': National service in times of crisis
President Kennedy's famous call to service, "Ask not what your country can do for you; ask what you can do for your country," served as an inspiration to Americans in the 1960s. Join us for an exploration of national service, civic responsibility, and presidential leadership as we face 2020's daunting coronavirus challenge.
John Bridgeland Miller Center Presents 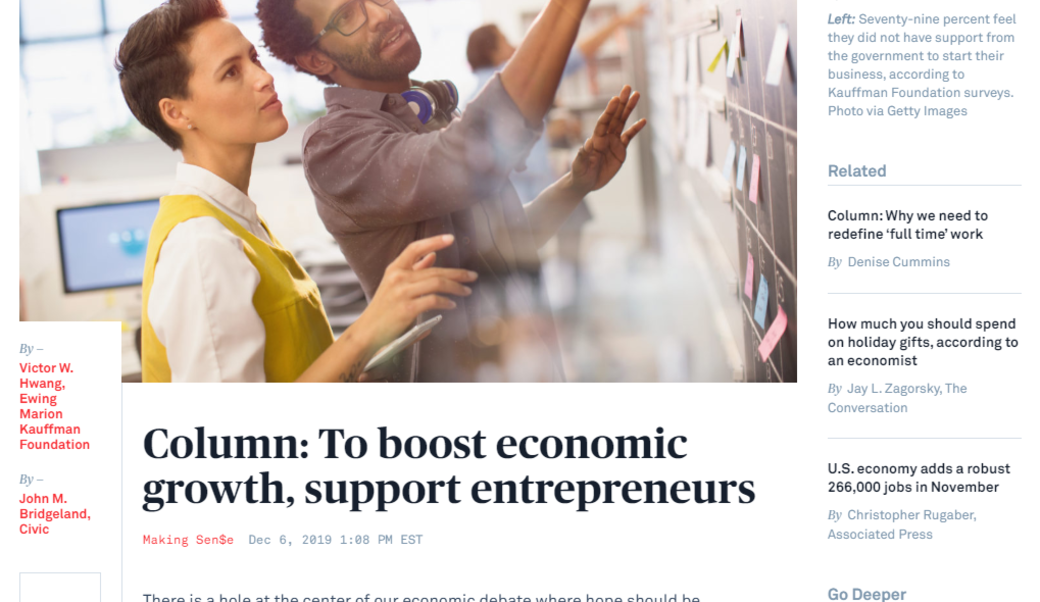 To boost economic growth, support entrepreneurs
There is a hole at the center of our economic debate where hope should be. Heading into a presidential election year, we are a nation divided, looking for solutions. Some prioritize the protection of jobs from global competition. Others talk about addressing income inequality, while others emphasize overall economic growth.
John Bridgeland PBS NewsHour