Bob Woodward has called Ken Hughes “one of America's foremost experts on secret presidential recordings, especially those of Lyndon Johnson and Richard Nixon.” Hughes has spent two decades mining the Secret White House Tapes and unearthing their secrets. As a journalist writing in the pages of the New York Times Magazine, Washington Post, and Boston Globe Magazine, and, since 2000, as a researcher with the Miller Center, Hughes’s work has illuminated the uses and abuses of presidential power involved in (among other things) the origins of Watergate, Jimmy Hoffa’s release from federal prison, and the politics of the Vietnam War.

Hughes has been interviewed by the New York Times, CBS News, CNN, PBS NewsHour, Los Angeles Times, Associated Press and other news organizations. He is the author of Chasing Shadows: The Nixon Tapes, the Chennault Affair, and the Origins of Watergate and Fatal Politics: The Nixon Tapes, the Vietnam War and the Casualties of Reelection.

Hughes is currently at work on a book about President John F. Kennedy’s hidden role in the coup plot that resulted in the overthrow and assassination of another president, Ngo Dinh Diem of South Vietnam. 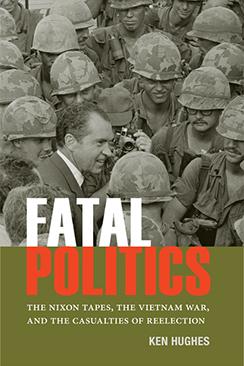 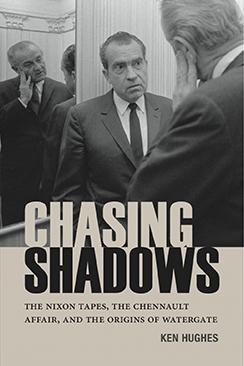 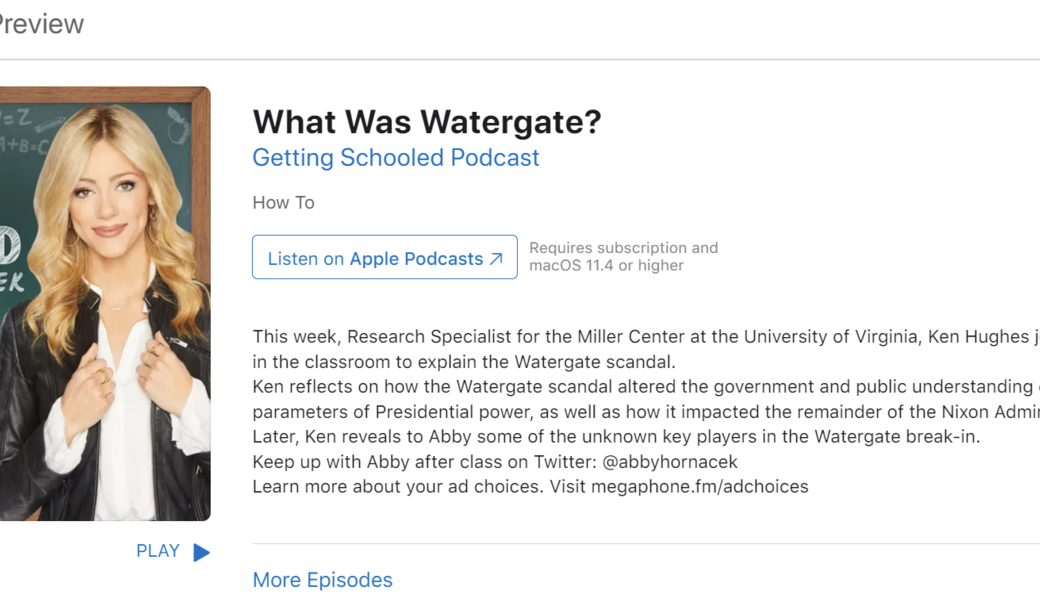 What was Watergate?
This week, Research Specialist for the Miller Center at the University of Virginia, Ken Hughes joins Abby in the classroom to explain the Watergate scandal. Ken reflects on how the Watergate scandal altered the government and public understanding of the parameters of Presidential power, as well as how it impacted the remainder of the Nixon Administration. Later, Ken reveals to Abby some of the unknown key players in the Watergate break-in.
Ken Hughes Getting Schooled Podcast 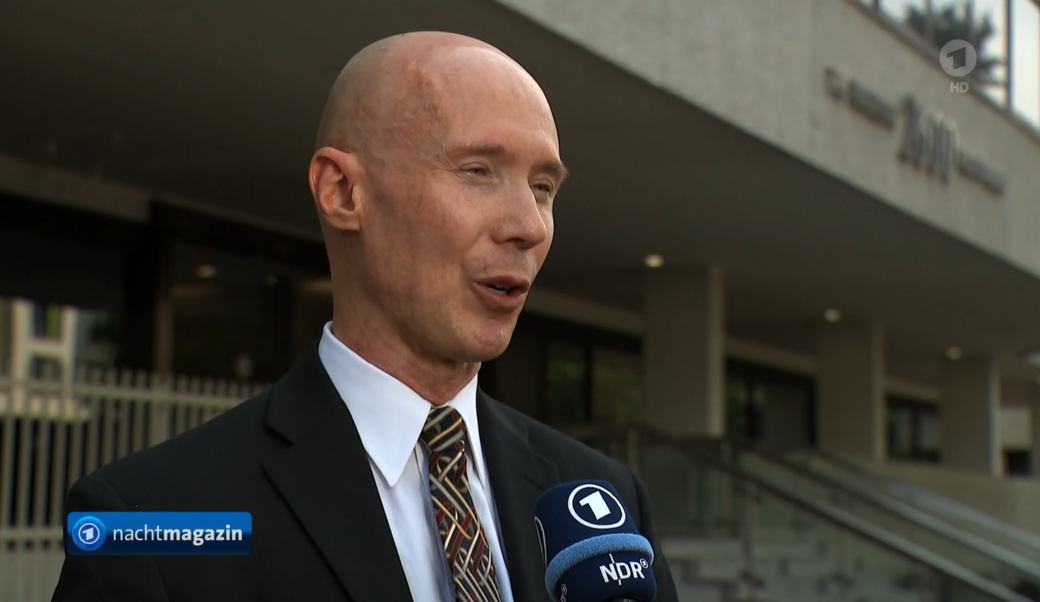 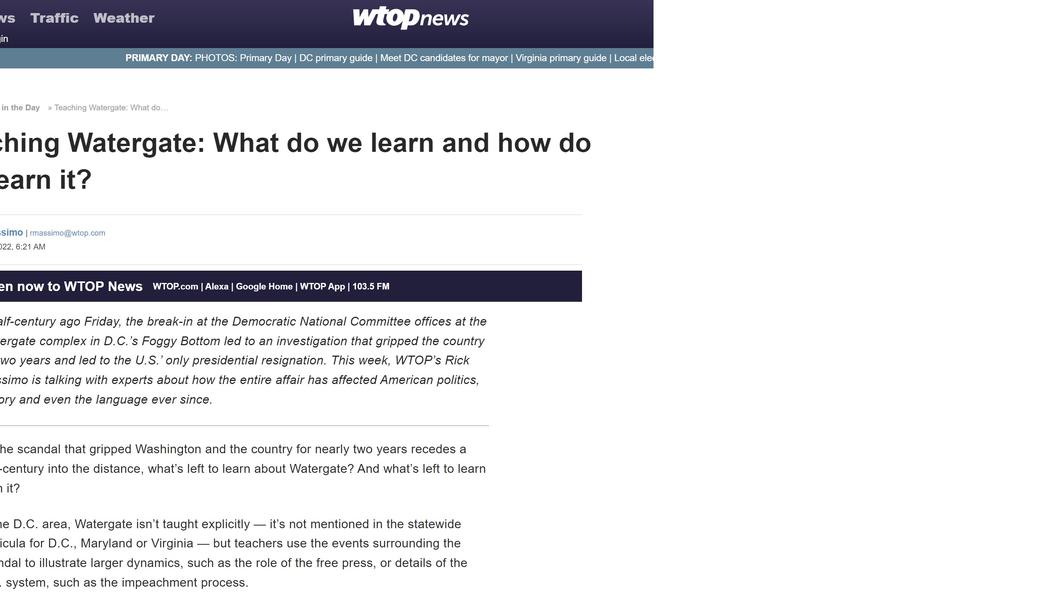 Teaching Watergate: What do we learn and how do we learn it?
Ken Hughes, a researcher with the University of Virginia’s Miller Center, was 8 years old in 1972. He began studying Watergate seriously in the 1990s, and said, “I’m still learning new things about it.” After studying the scandal for decades, and listening to the hundreds of hours of scratchy-sounding tapes Nixon recorded in the Oval Office, Hughes said Watergate was more complex, and simpler, than most people realize, and still echoes today. “A lot of people assume that Nixon authorized the Watergate cover-up because he was involved in the Watergate break-in,” Hughes said. “I still haven’t seen any good evidence that Nixon knew about the Watergate break-in before it took place.”
Ken Hughes WTOP 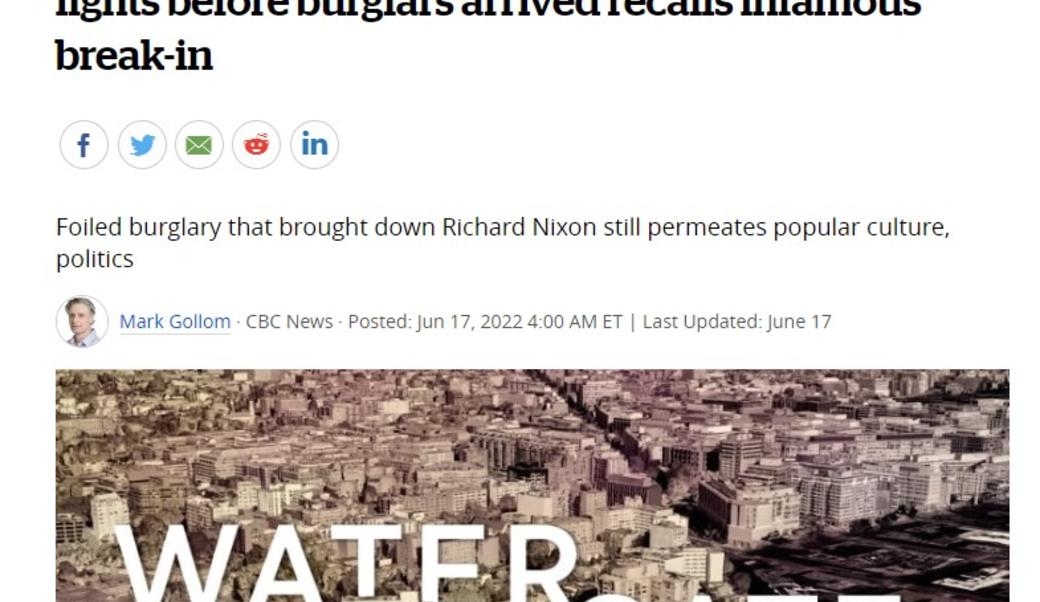 Watergate 50 years later: Last guy to turn out the lights before burglars arrived recalls infamous break-in
However, when Wills returned to the building, he noticed a piece of tape covering the latch of a door during his rounds. "At first, he thought it was something that the cleaning crew had done," said Ken Hughes, a research specialist at the University of Virginia's Miller Center and author of "Chasing Shadows: The Nixon Tapes, the Chennault Affair, and the Origins of Watergate." "And so, he took it off. And when he came back later, he found that they had retaped it, so it was kind of a ... bungle."
Ken Hughes CBC (Canada) 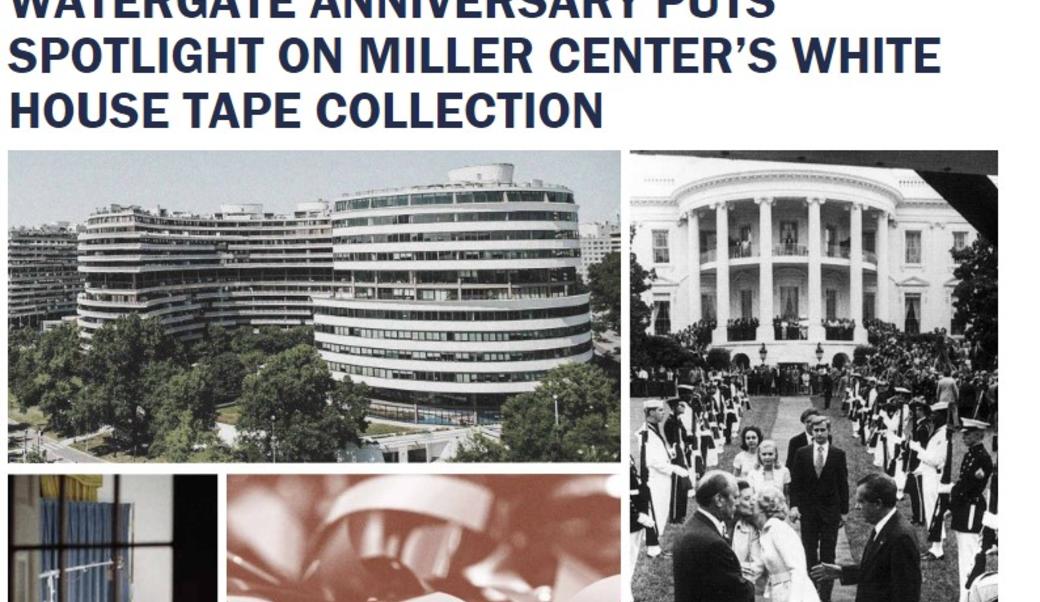 Watergate anniversary puts spotlight on Miller Center's White House tape collection
Here’s what University of Virginia researcher Ken Hughes wants you to know about the Miller Center’s collection of President Nixon’s secret recordings: “It is vast,” he said. “What we think of as the Watergate tapes were just 12 and a half hours. There are more than 2,500 hours of Nixon tapes available to the public today. And while the 12 and a half hours contain some of his worst crimes, he actually did worse things than Watergate.” Hughes is a presidential historian and Watergate scholar, dubbed by the Washington Post’s Bob Woodward as “one of America’s foremost experts on secret presidential recordings.”
Ken Hughes UVA Today 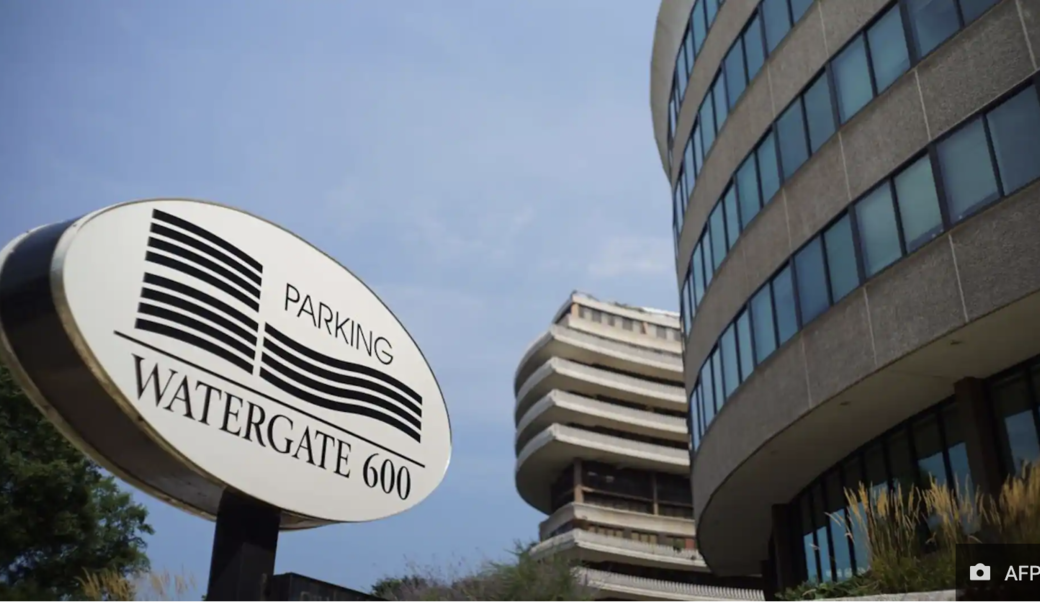 Fifty years later, the shadow of Watergate still lingers
"People would like the Trump investigation to be the next Watergate, and often I tell them it is, it's just that we don't see it. Because we haven't yet learned the lessons of Watergate. It's such a complex scandal,” says University of Virginia's Miller Center Research Specialist Ken Hughes.
Ken Hughes TVA Nouvelles