Richard C. Schragger joined the University of Virginia Law School faculty in 2001 and was named the Perre Bowen Professor in 2013. His scholarship focuses on the intersection of constitutional law and local government law, federalism, urban policy, and the constitutional and economic status of cities. He also writes about law and religion. He has authored articles on the Establishment and Free Exercise clauses, the role of cities in a federal system, local recognition of same-sex marriage, takings law and economic development, and the history of the anti-chain store movement. Schragger has published in the Harvard, Yale, Chicago, Virginia, and Michigan law reviews, among others. He teaches property, local government law, urban law and policy, and church and state. 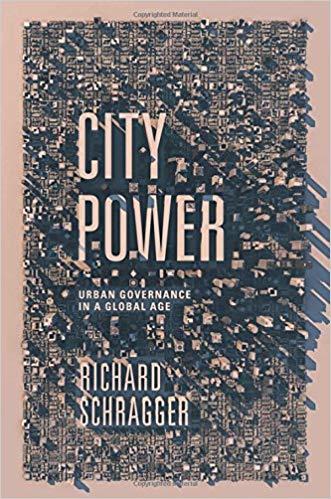 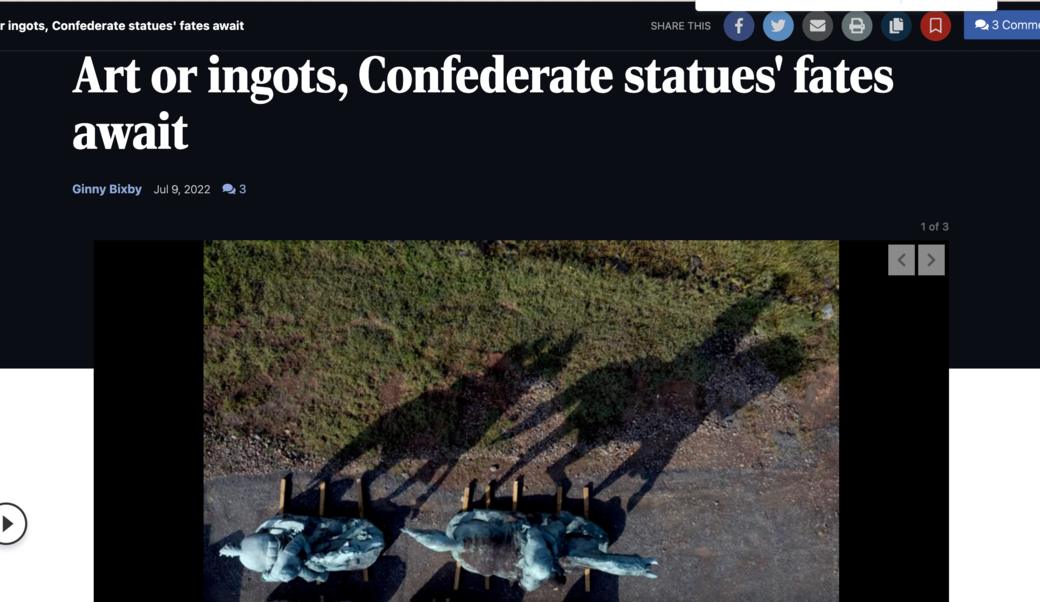 Art or ingots, confederate statues' fates await
It’s been a year since statues of Confederates Robert E. Lee and Thomas “Stonewall” Jackson stood in Charlottesville’s downtown parks, but the controversy over the removal and the statues' fates have yet to be resolved. Rich Schragger, faculty senior fellow at the University of Virginia's Miller Center, law professor at UVA School of Law, and expert on constitutional and local government law, said a lawsuit that the city faces is “a little tricky.”
Richard C. Schragger Daily Progress 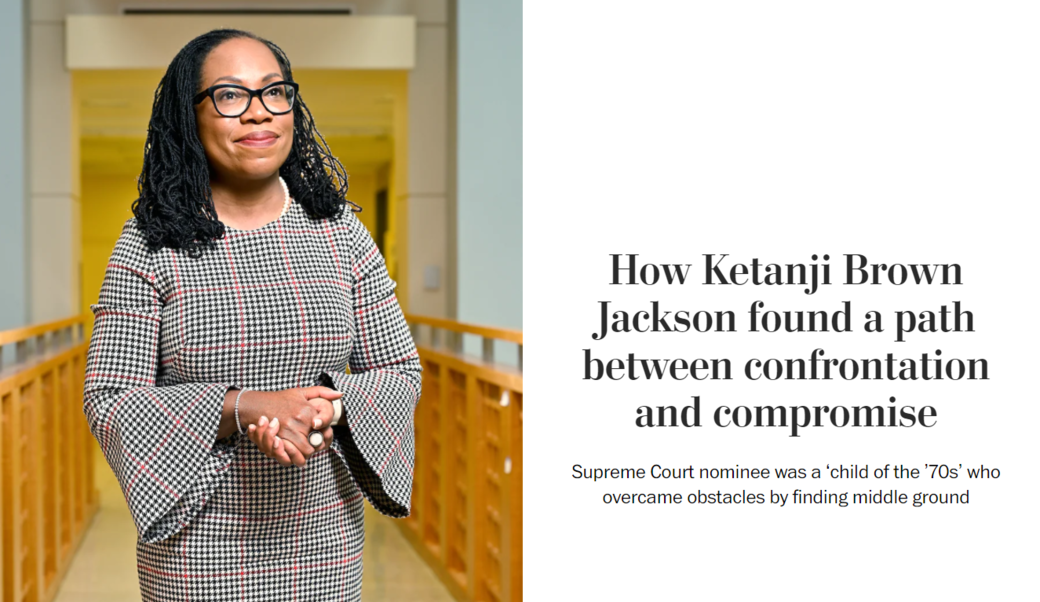 How Ketanji Brown Jackson found a path between confrontation and compromise
At Harvard, she won a competition to be an editor on the law review. In a “hothouse of ambitious people,” her colleague Richard Schragger said, Jackson “stood out for her consideration of others … and her kind words to lots of people.” “She was clearly someone who could talk to anybody and definitely not an ideologue or someone who was pushing a particular agenda,” said Schragger, who teaches at the University of Virginia law school.
Richard C. Schragger The Washington Post 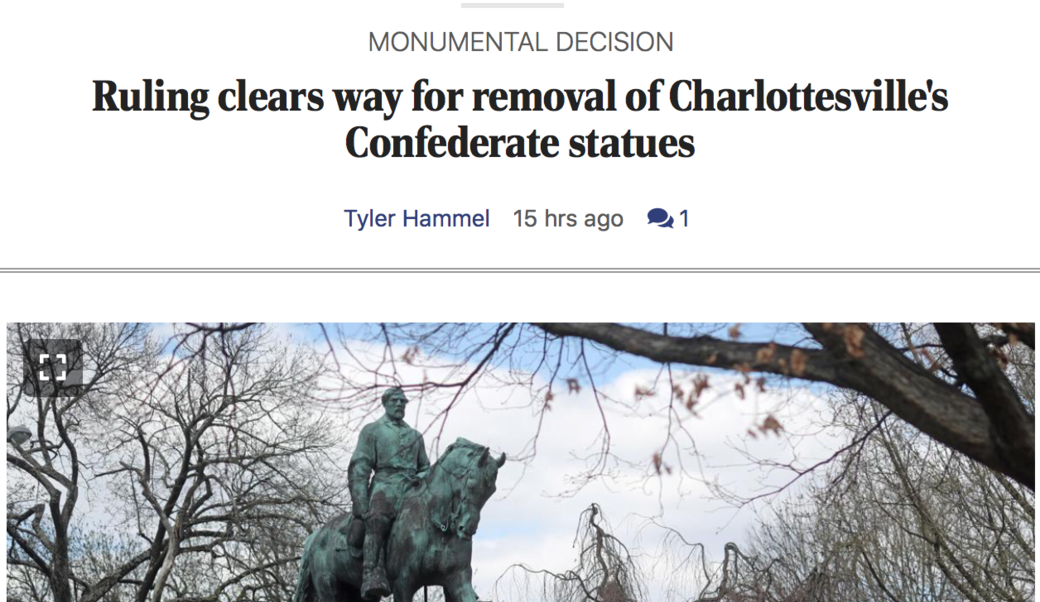 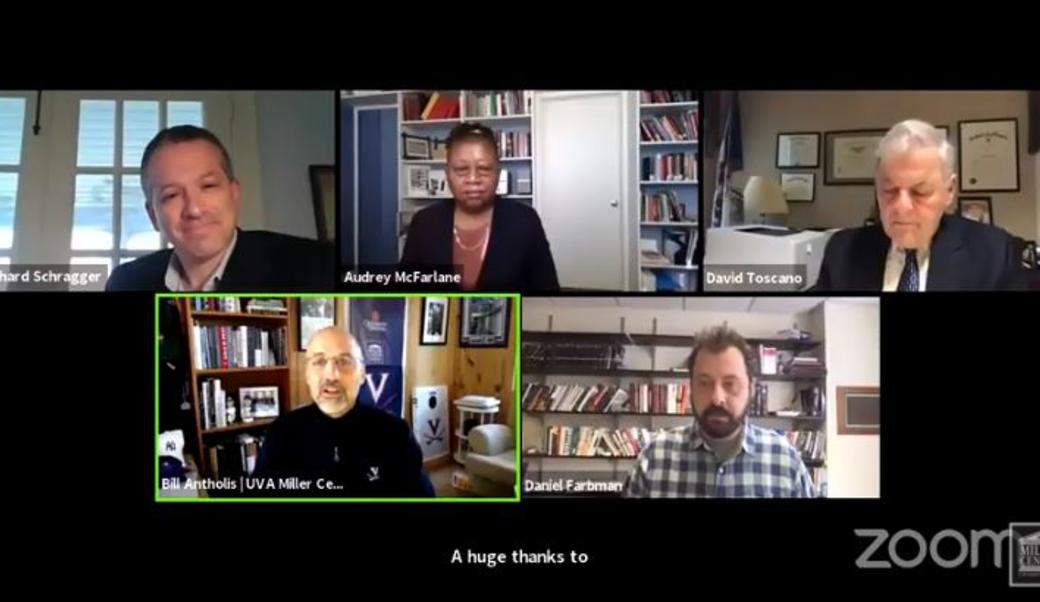 The past and future of home rule in Virginia
Virginia is currently one of the few states that has not adopted statutory or constitutional home rule for its local governments. Because Virginia follows Dillon's Rule, cities, counties, and towns need authorization from the General Assembly to enact almost any policy. This event examines the history and consequences of the legal framework that currently defines local government authority in the Commonwealth.
Richard Schragger Miller Center Presents 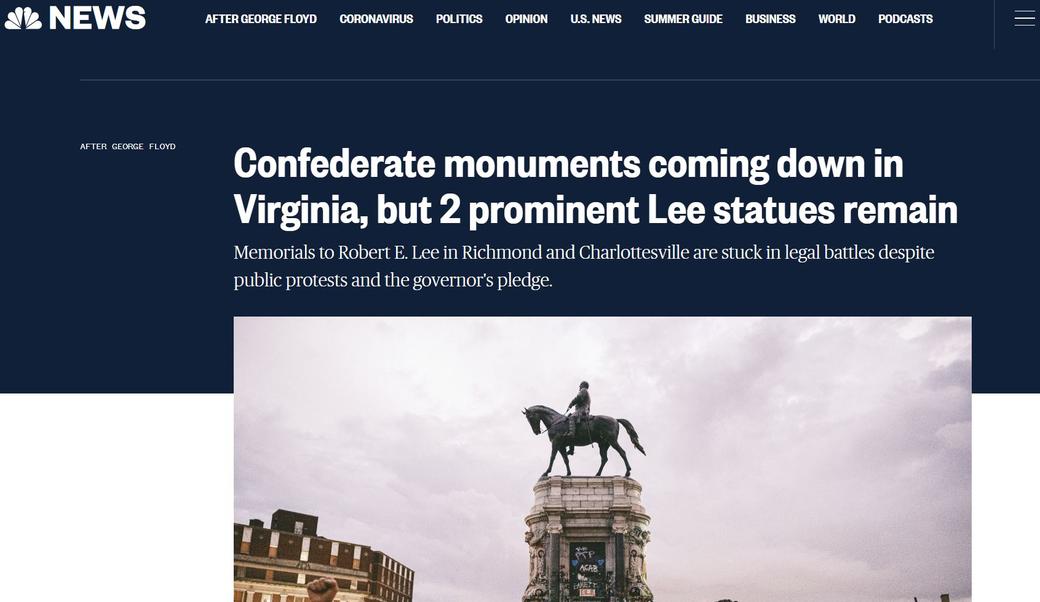 Confederate monuments coming down in Virginia, but 2 prominent Lee statues remain
"The issue in the Richmond Lee case is what we call private law, which is that there's a property claim being made here that promises were made by the state to private property owners over 100 years ago," said Richard Schragger, a professor of law at the University of Virginia. "When the state took the property and accepted the statue, it made promises to local landowners that it would keep the statue intact in perpetuity. ... It's like a claim that your neighbor promised you that, say you live in a homeowners association, that they would never use their property to build a gas station on it."
Richard Schragger NBC News 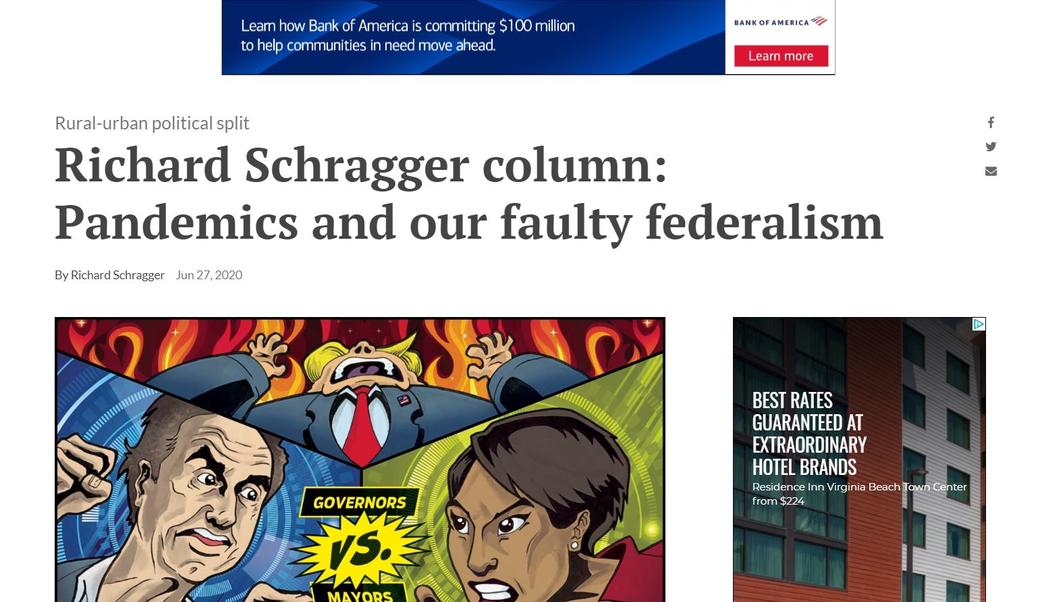 Richard Schragger column: Pandemics and our faulty federalism
The U.S. response to the COVID-19 pandemic has been at best fragmented and incomplete. At worst, it is incompetent and disastrous. Critics say the fault lies largely in the lack of a unified competent national response to the crisis, though some are thankful that states and cities have some independent authority, for at least it means that governors and mayors can act when the federal government fails to do so.
Richard C. Schragger Richmond Times-Dispatch