Risa Goluboff, faculty senior fellow, is dean of the University of Virginia School of Law and a nationally renowned legal historian whose scholarship and teaching focuses on American constitutional and civil rights law, especially their historical development in the 20th century.

Goluboff is the author of The Lost Promise of Civil Rights (Harvard, 2007), which won the 2010 Order of the Coif Biennial Book Award and the 2008 James Willard Hurst Prize. Her second book, Vagrant Nation: Police Power, Constitutional Change, and the Making of the 1960s (Oxford, 2016) was supported by a 2009 John Simon Guggenheim Foundation Fellowship in Constitutional Studies and a 2012 Frederick Burkhardt Residential Fellowship from the American Council of Learned Societies. Goluboff is also co-editor (with Myriam Gilles) of Civil Rights Stories (Foundation Press, 2008), and the author of numerous shorter works.

Goluboff has been quoted or her work has been cited by The New York Times, Time, The Atlantic and more, and she has appeared on PBS documentaries and the popular radio podcast “BackStory.” Her commentaries frequently appear in Slate.

In addition to serving as dean, Goluboff is the Arnold H. Leon Professor of Law and a professor of history at UVA. She is an affiliated scholar at the Miller Center and a faculty affiliate at the Carter G. Woodson Institute for African-American and African Studies. A recipient of the University of Virginia’s All-University Teaching Award and the Law School’s Carl McFarland Award for excellence in faculty scholarship, Goluboff directed the University’s JD-MA in Program in History from 2011-16. In 2012, she was named a distinguished lecturer by the Organization of American Historians. Goluboff has served as a visiting professor at Columbia, Chicago, and New York University law schools.

Prior to joining the Law School in 2002, Goluboff clerked for Judge Guido Calabresi of the U.S. Court of Appeals for the Second Circuit and Justice Stephen Breyer of the U.S. Supreme Court. She holds degrees from Harvard (AB), Yale (JD), and Princeton (MA, PhD), and has served as a Fulbright Scholar to South Africa. 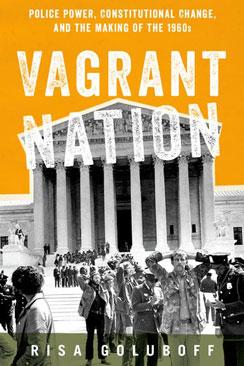 Vagrant Nation: Police Power, Constitutional Change, and the Making of the 1960s 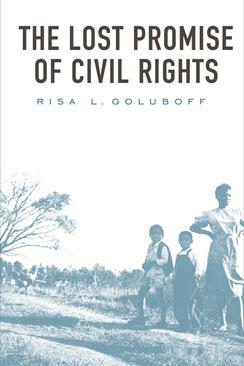 The Lost Promise of Civil Rights 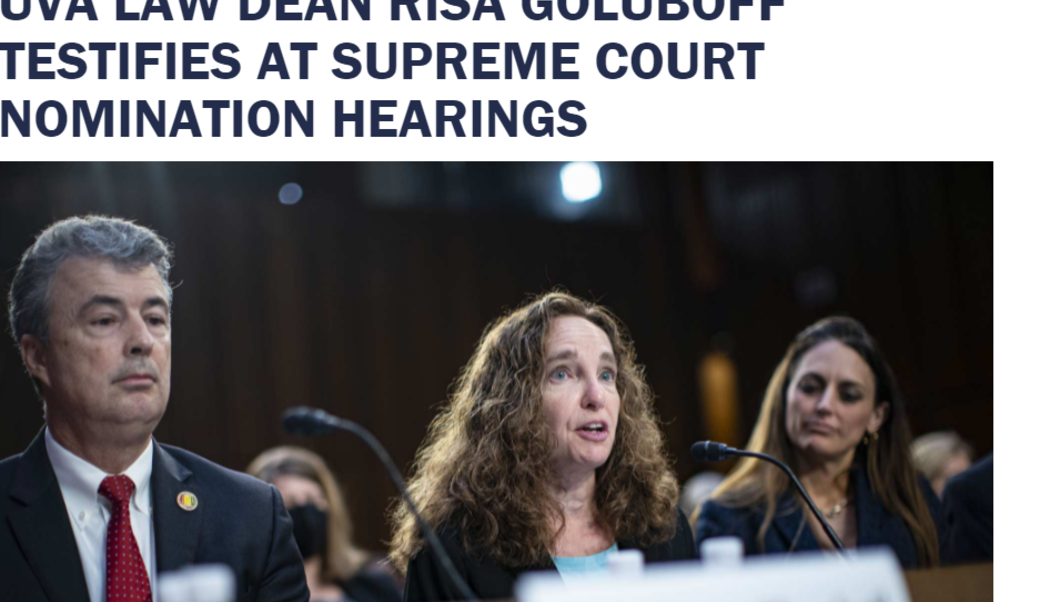 UVA Law Dean Risa Goluboff Testifies at Supreme Court Nomination Hearings
Risa Goluboff, dean of the University of Virginia School of Law, testified Thursday at Senate Judiciary Committee hearings on the nomination of Judge Ketanji Brown Jackson to the U.S. Supreme Court. Speaking as an expert on constitutional law and in her personal capacity, Goluboff told the Senate Judiciary Committee that the Supreme Court and the nation “will benefit enormously from the keen intelligence, impeccable integrity, broad experience and intellectual open-mindedness of a Justice Jackson.”
Risa Goluboff UVA Today 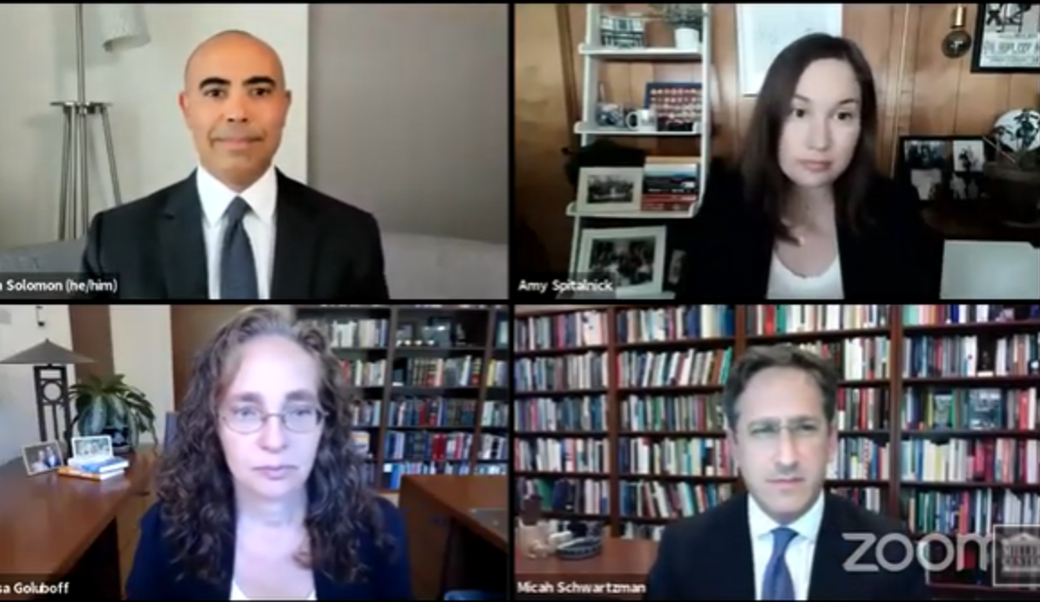 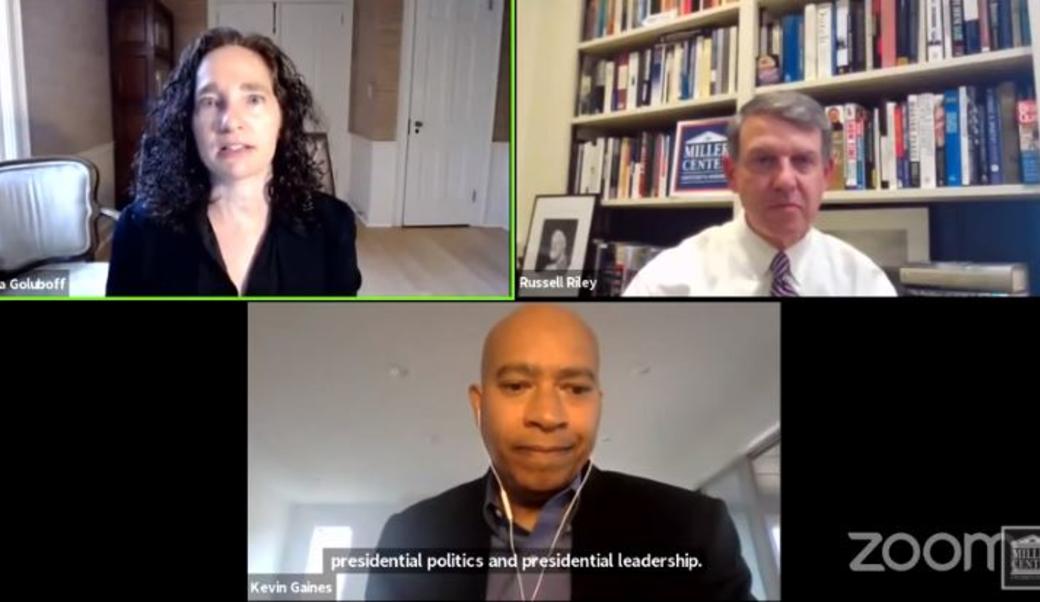 Presidential leadership and race
The ongoing national reckoning with issues of racial justice has made the issue a central theme in the 2020 presidential campaign. In an effort to better understand the current moment, this program will examine the deep history of presidential leadership and race and will explore the following questions: What lessons might the policies and rhetoric of past presidents and administrations hold for our understanding of the challenges of the present moment? How does the current administration's policies and rhetoric on civil rights and racial justice compare with the record of past administrations on these issues? Might we regard the Trump administration's approach to issues of race as without precedent? Or is it possible to draw similarities between past administrations and the current one? 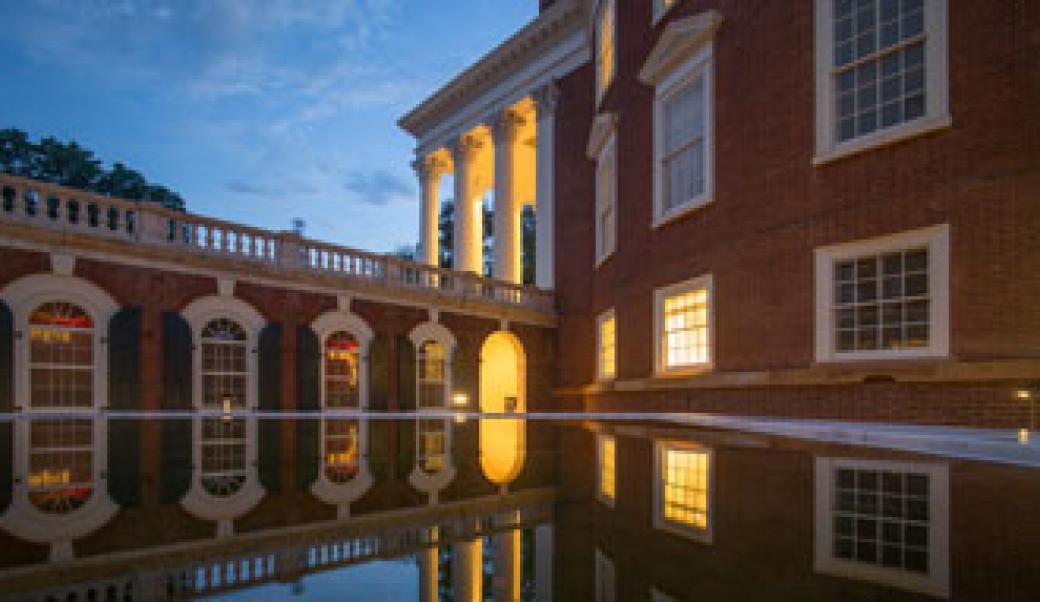 Miller Center announces new senior fellows
The Miller Center is thrilled to announce its second class of senior fellows, seven accomplished academic professionals who will help the Center in its mission to provide national leaders with the history, perspective, and understanding they need to make effective decisions. 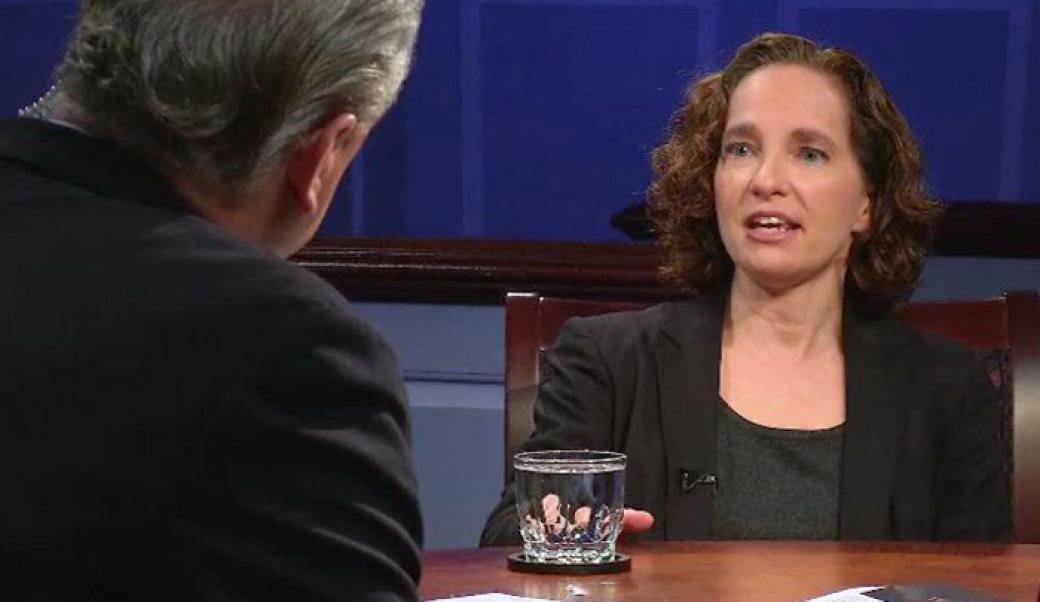 Vagrant nation
Risa Goluboff, the dean of the UVA School of Law, discusses how laws aimed at criminalizing hoboes and beggars became instruments for social control—and how those laws were quietly dismantled by the U.S. Supreme Court in the 1960s and 1970s.