Ron Christie is founder and CEO of Christie Strategies LLC, a full-service communications and issues management firm in Washington, DC. Christie is also the author of three books: Blackwards: How Black Leadership is Returning America to the Days of Separate But Equal, Acting White: The Birth and Death of a Racial Slur, and Black in the White House. Christie served as a resident fellow at the John F. Kennedy School of Government Institute of Politics at Harvard University and as an inaugural resident fellow at the University of Southern California Center for the Political Future.

Christie serves as an adjunct professor at the McCourt Graduate School of Public Policy and the McDonough School of Business at Georgetown University. In August 2015 he was named to the Board of Advisors for the inaugural Georgetown University Institute of Politics and Public Service. He also teaches as a lecturer at New York University’s Washington, DC campus. He is also a member of the advisory council of the John Brademas Center at New York University.

A veteran senior advisor of both the White House and the Congress, Christie brings years of government relations experience. Most recently, Christie served as vice president of Navigators LLC, a strategic consulting and communications firm. He previously served as executive vice president and director of global government affairs at Ruder Finn and was of counsel at the DC law firm of Patton Boggs, LLP. From 2002 to 2004, he was acting director of USA Freedom Corps and special assistant to President George W. Bush. He began service at the White House in 2001 as deputy assistant to Vice President Dick Cheney for domestic policy, advising him on policy initiatives in health care, budget, tax, and other policy areas.

Prior to joining the vice president's staff, Christie briefly served as counsel to U.S. Senator George Allen (R-VA). He also served as senior advisor to former House Budget Committee Chairman and former Ohio Governor John Kasich from 1992-1999. Christie is a co-founder of No Labels, a groundbreaking movement led by Americans who embrace the new politics of problem solving and are collaborating to find commonsense, nonpartisan solutions to America’s toughest challenges.

Active in international affairs, Christie was elected as a life member of the Council on Foreign Relations. A native of Palo Alto, California, Christie received his BA degree from Haverford College and his JD degree from the George Washington University National Law Center. He serves as a member of the board of directors of the American Conservative Union, where he is the executive secretary. He is also on the board of Strategic Partnerships LLC.

SAG-AFTRA eligible as a background actor, Christie appeared in the 2015 seasons of House of Cards and VEEP. He was commissioned as a member of the Honorable Order of Kentucky Colonels in 2011. 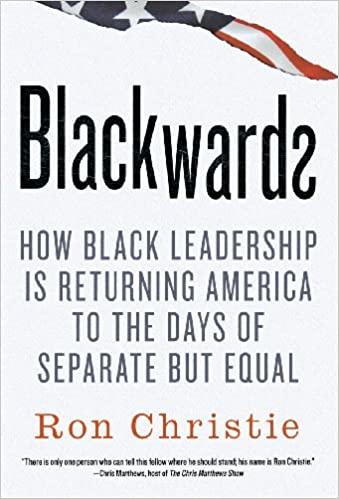 Blackwards: How Black Leadership Is Returning America to the Days of Separate b… 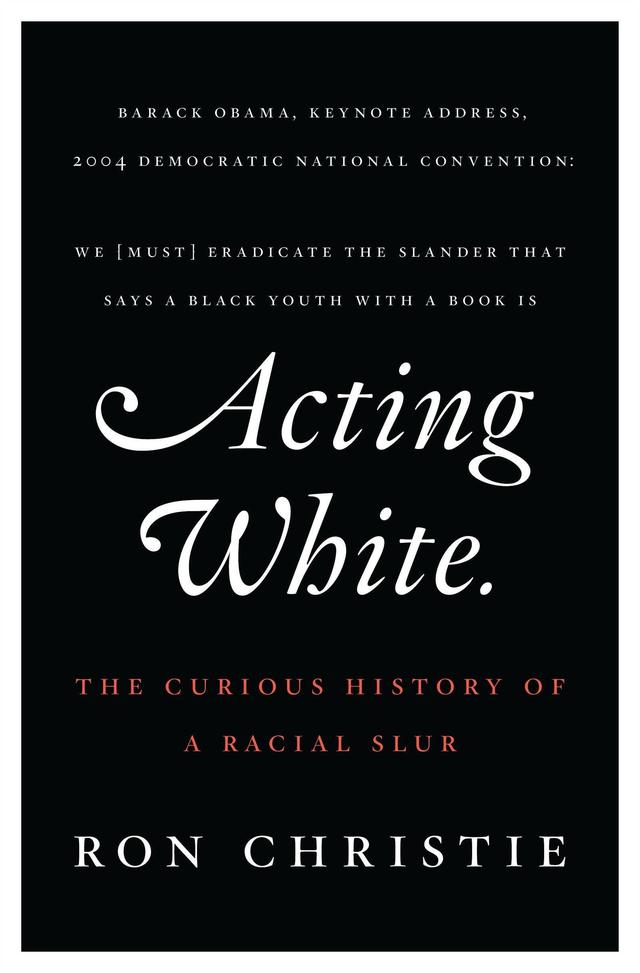 Acting White: The Curious History of a Racial Slur 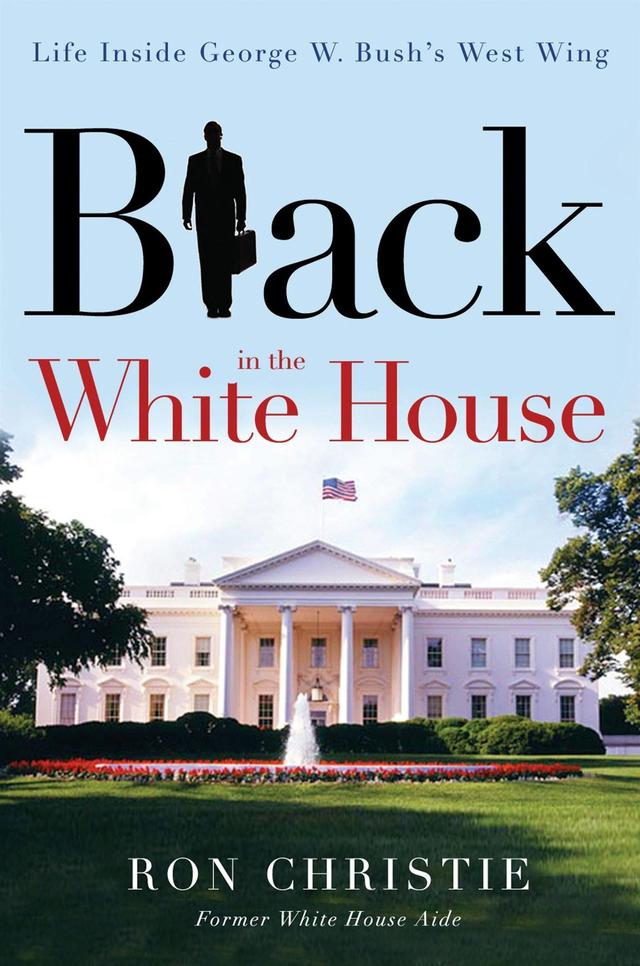 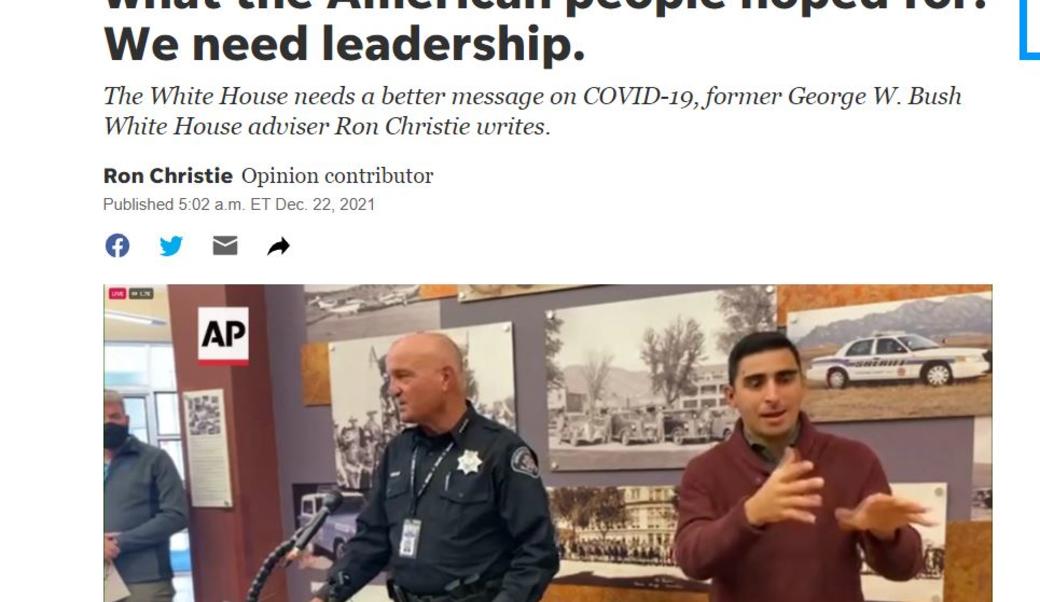 Biden’s new COVID response is not what the American people hoped for. We need leadership.
Seeking to quell sagging poll numbers on his competence in addressing the latest variant, President Joe Biden strode into the White House Tuesday afternoon to inspire his fellow Americans that this time, with this plan, he and his administration would finally put the pandemic in our collective rearview mirror. And once again, Biden – elected largely on a meme of competence and being best equipped to confront the virus – left many with more questions than answers following his remarks.
Ron Christie USA Today 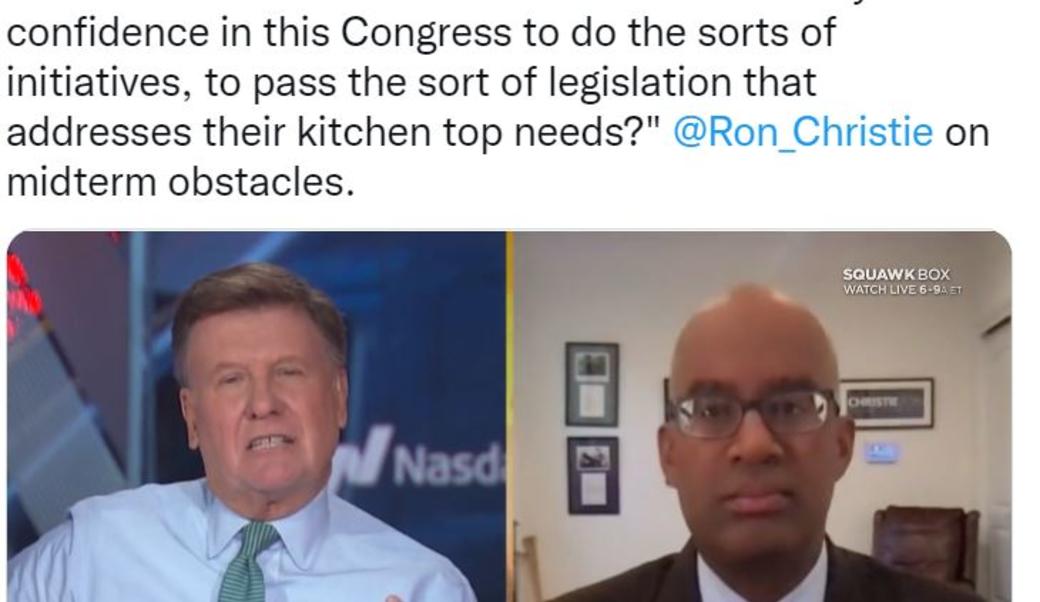 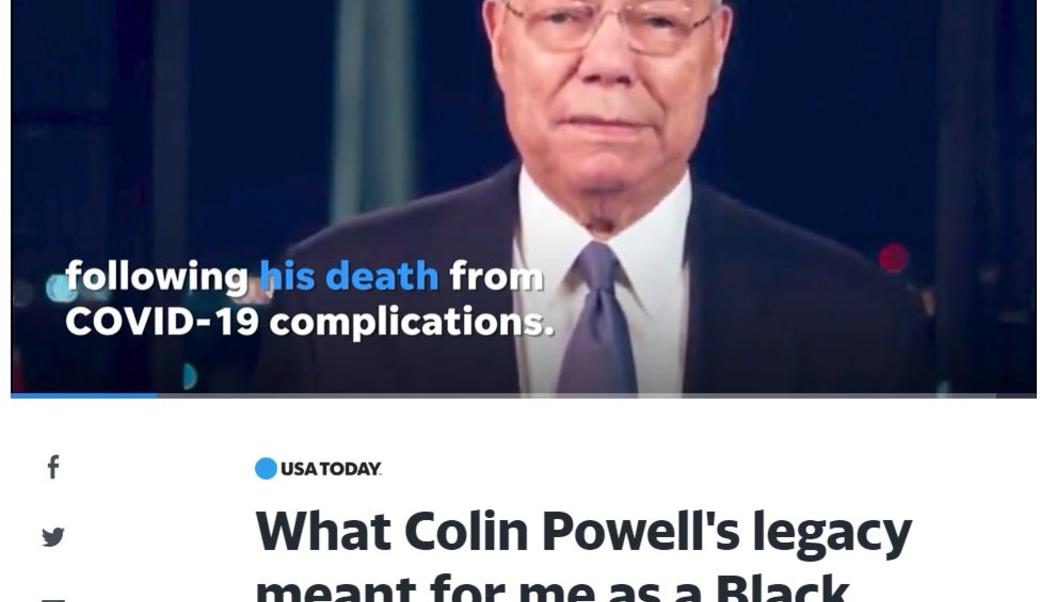 What Colin Powell's legacy meant for me as a Black Republican and public servant
When I was a boy, I remember President Ronald Reagan elevating Colin Powell to be his national security adviser and President George H.W. Bush selecting him to be the 12th chairman of the Joint Chiefs of Staff. What struck me then as now is that two Republicans had chosen a Black man to serve in the highest levels of the United States government. I wanted to know why this remarkable gentleman had chosen to join the Republican Party. Growing up in Northern California, I didn’t have a friend or family member who was a member of the GOP but there was Powell, a proud member of the party, doing amazing work for all of us. This struck me deeply and ultimately led me to join the party myself.
Ron Christie USA Today 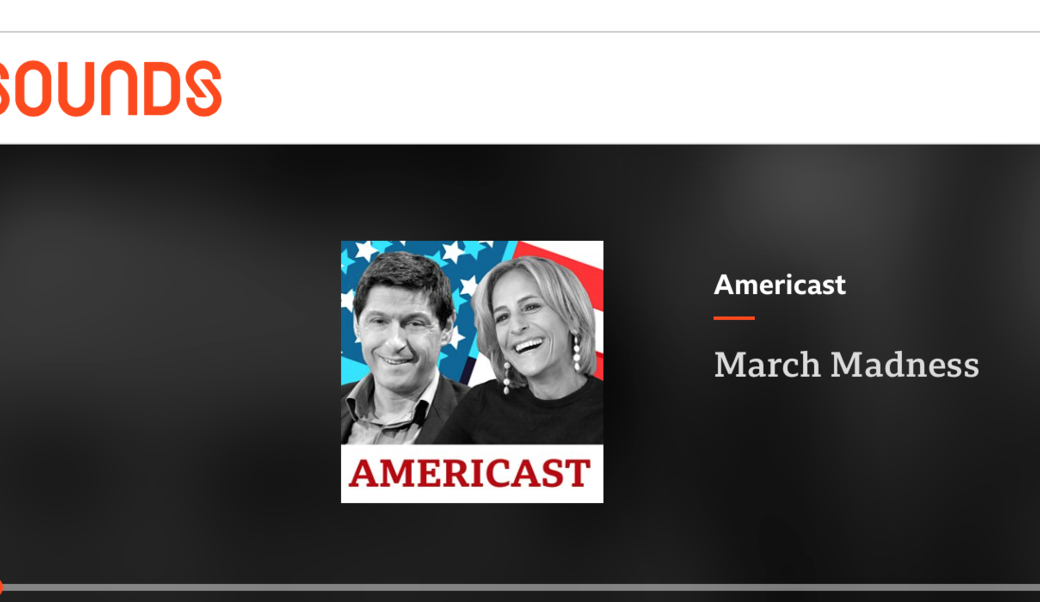 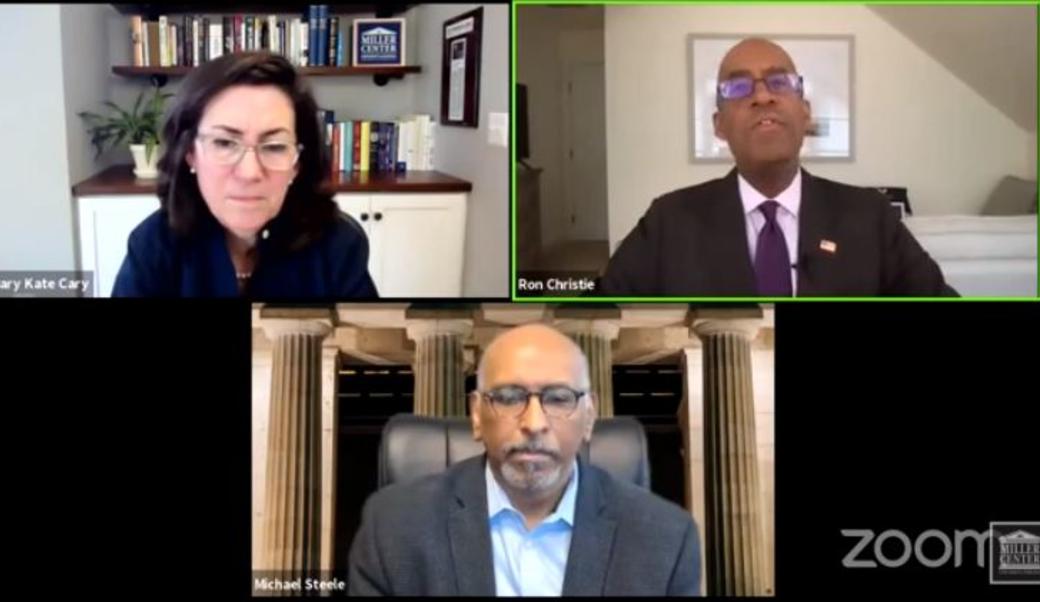 The post-election GOP: Where will conservatism go next?
In the aftermath of the Trump presidency, the Republican party finds itself in the midst of a profound transition. This program brings together leading conservative voices to explore the following questions: What does it mean to be a conservative today? How does populism fit into the future of the Republican Party? And where are conservative policies headed during the Biden administration?
Ron Christie Miller Center Presents 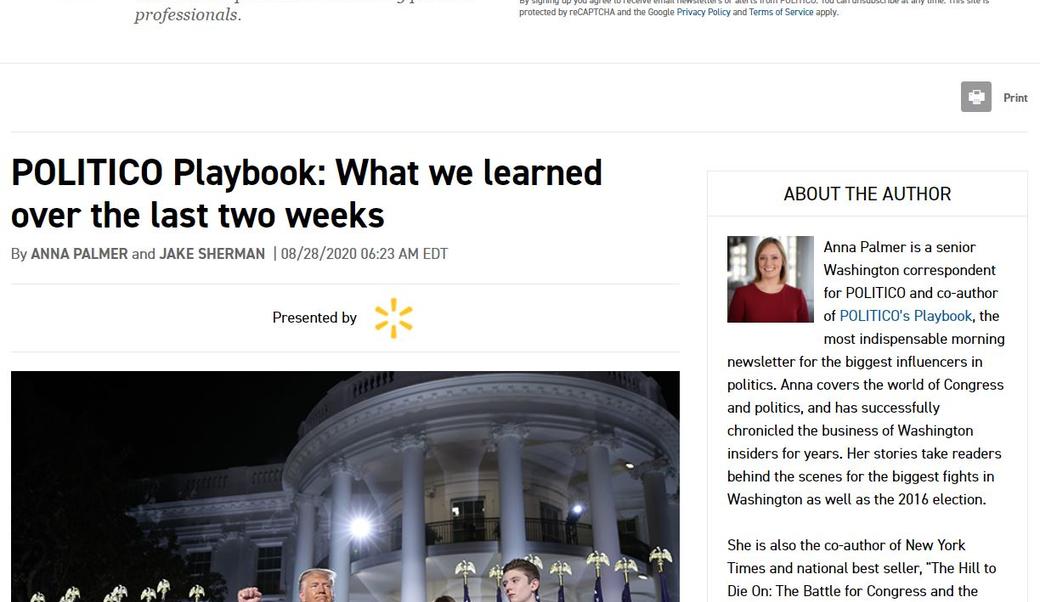