Prakash majored in economics and political science at Stanford University. At Yale Law School, he served as senior editor of the Yale Law Journal and received the John M. Olin Fellowship in Law, Economics and Public Policy. After law school, he clerked for Judge Laurence H. Silberman of the U.S. Court of Appeals for the District of Columbia Circuit and for Justice Clarence Thomas of the U.S. Supreme Court. After practicing in New York for two years, he served as a visiting professor at the University of Illinois College of Law and as an associate professor at Boston University School of Law. He then spent several years at the University of San Diego School of Law as the Herzog Research Professor of Law. Prakash has been a visiting professor at the Northwestern University School of Law and the University of Chicago Law School. He also has served as a James Madison Fellow at Princeton University and Visiting Research Fellow at the Hoover Institution at Stanford University.

Among Prakash's articles are "50 States, 50 Attorneys General and 50 Approaches to the Duty to Defend," published in the Yale Law Journal; "The Imbecilic Executive," published in the Virginia Law Review; and "The Sweeping Domestic War Powers of Congress," published in the Michigan Law Review. He is the author of The Living Presidency: An Originalist Argument against Its Ever-Expanding Powers and Imperial from the Beginning: The Constitution of the Original Executive. 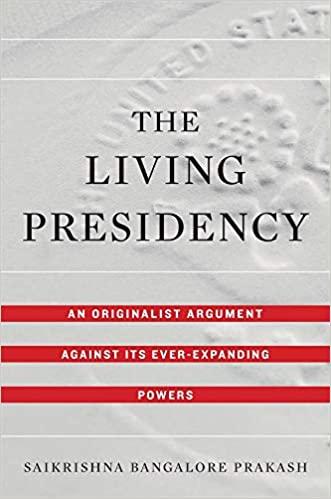 The Living Presidency: An Originalist Argument against Its Ever-Expanding Powers 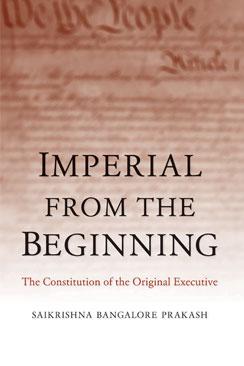 Imperial from the Beginning: The Constitution of the Original Executive 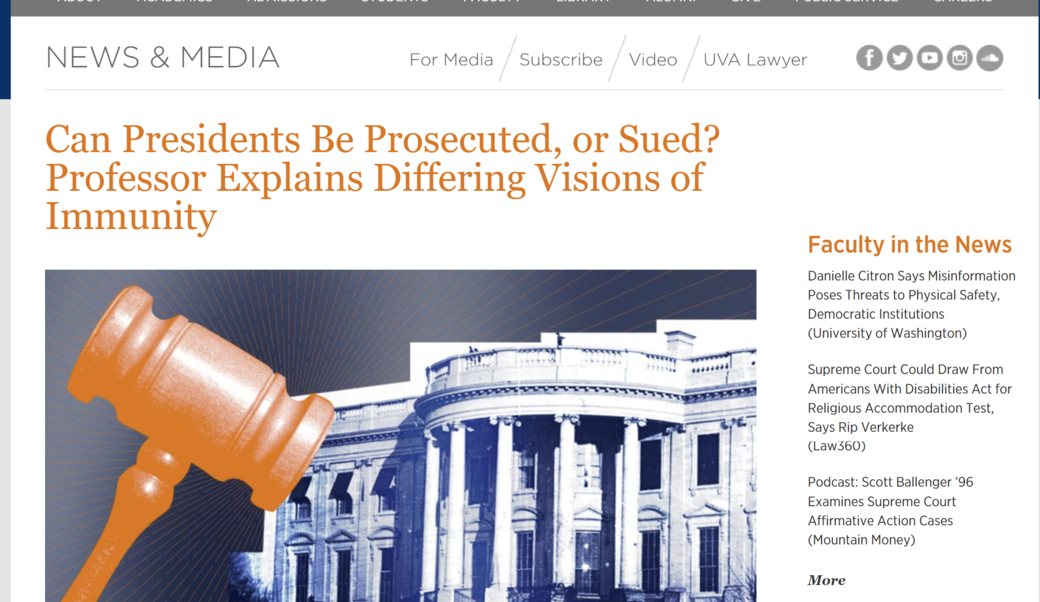 Can Presidents Be Prosecuted, or Sued? Professor Explains Differing Visions of Immunity
With two U.S. presidents now facing special counsel investigations and one facing legal jeopardy on a host of other matters, questions over how and when a president might face legal action are swirling. Attorney General Merrick Garland recently appointed a special counsel to investigate President Joseph Biden and his administration’s handling of classified documents, months after an investigation of President Donald Trump’s storage of classified files at his Mar-a-Lago home in Florida commenced. Trump is also facing criminal investigations and civil litigation involving his actions on Jan. 6, his tax and business activities, alleged election interference and more.
Saikrishna Prakash UVA School of Law 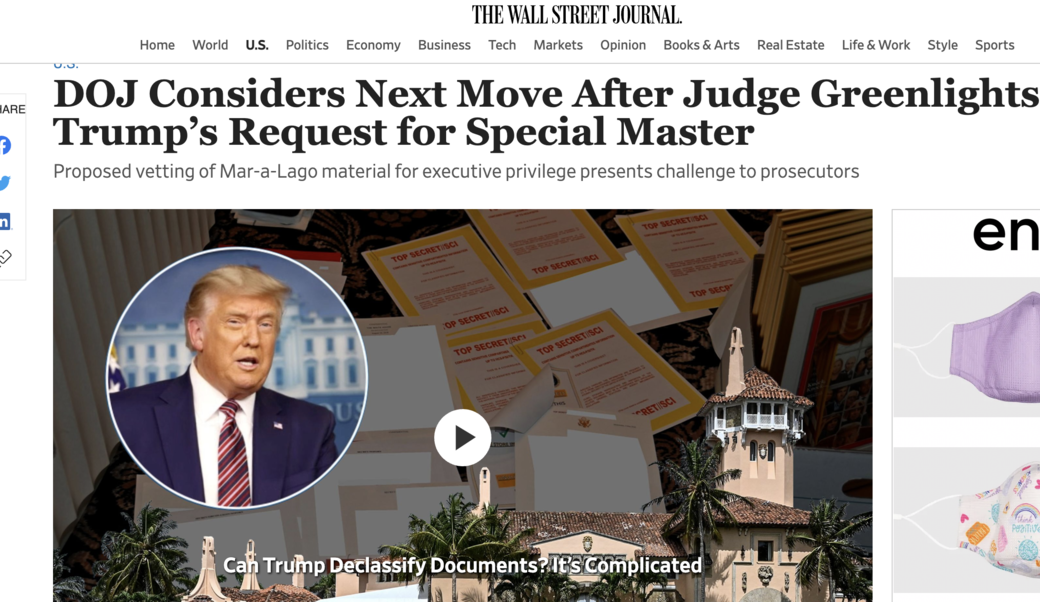 DOJ considers next move after judge greenlights Trump’s request for special master
Judge Aileen Cannon "is worried about that 40% of the country that thinks the Justice Department has been unleashed on the former president,” said Saikrishna Prakash, Faculty Senior Fellow at the University of Virginia's Miller Center.
Saikrishna Prakash Wall Street Journal 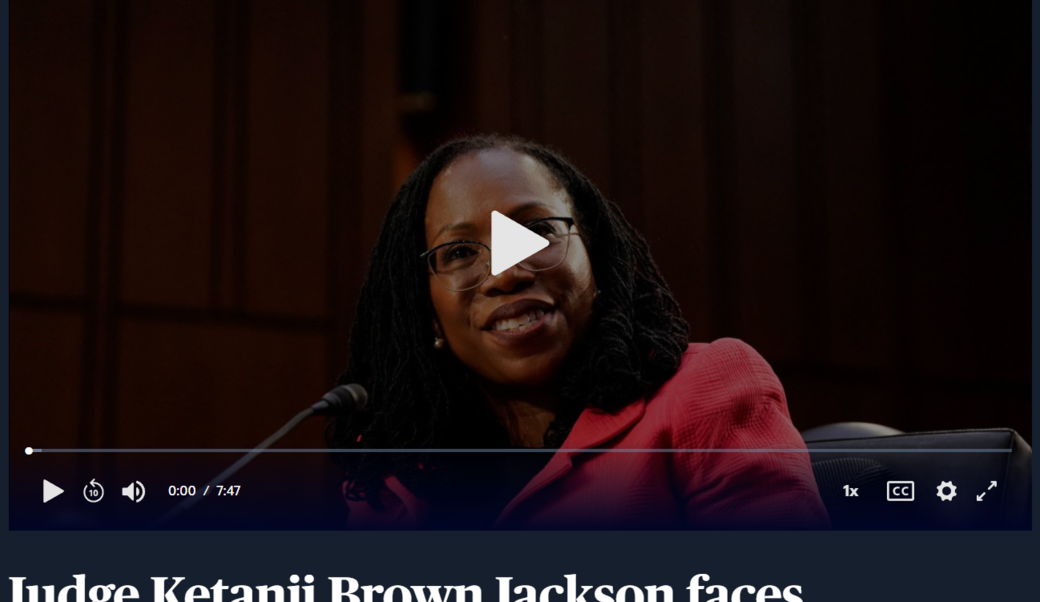 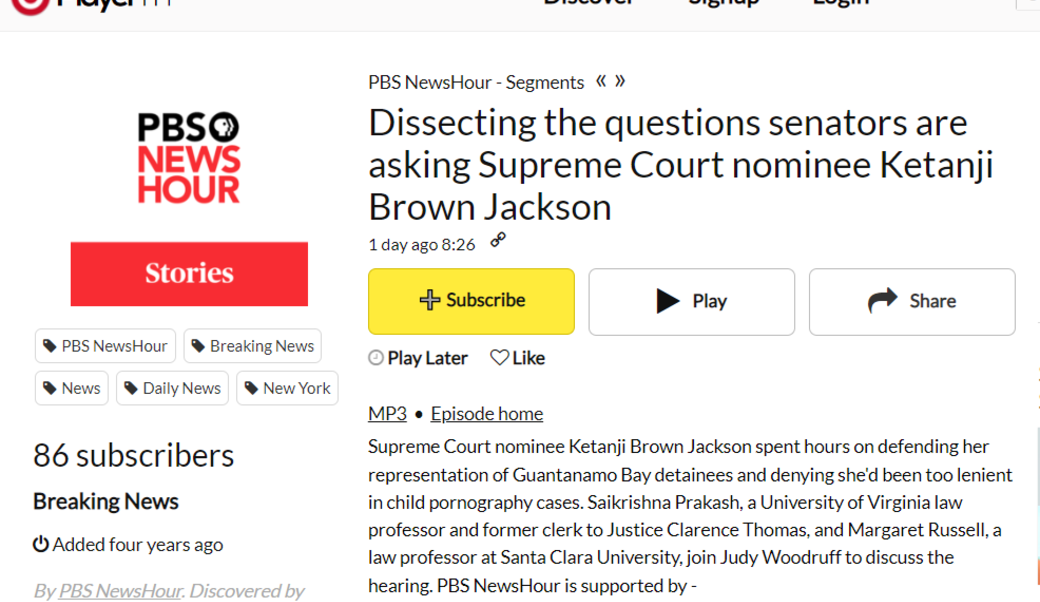 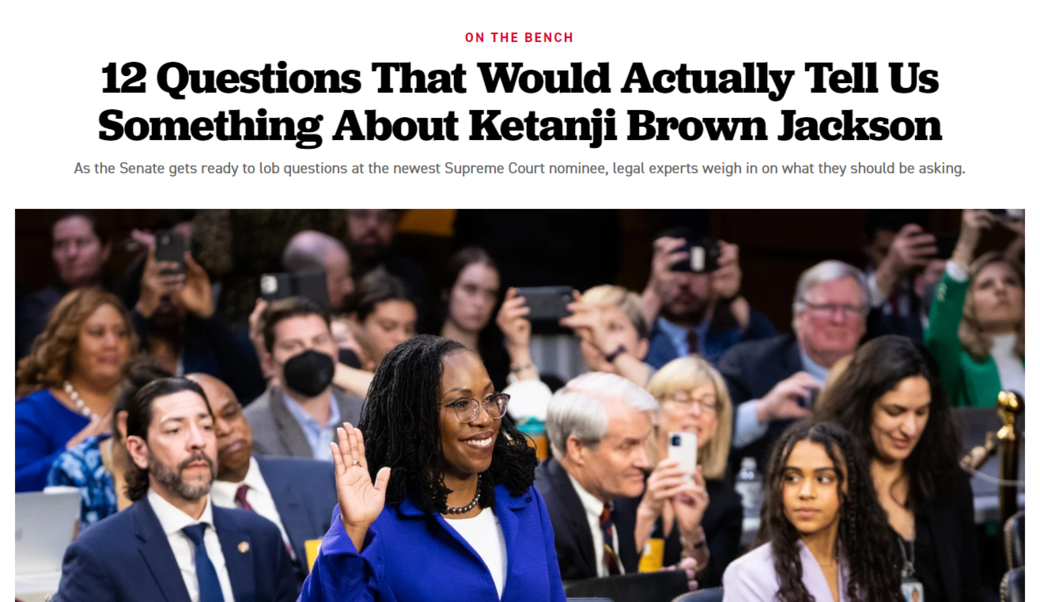 12 Questions That Would Actually Tell Us Something About Ketanji Brown Jackson
"The answers to these questions would reveal Judge Jackson’s approach to constitutional interpretation without tipping her hand on concrete cases. These issues have been at the center of controversies about the court’s methods and its role in society. Her answers would give us insight into her perception of the court’s proper role in society and what kind of justice she would be."
Saikrishna Prakash POLITICO Magazine 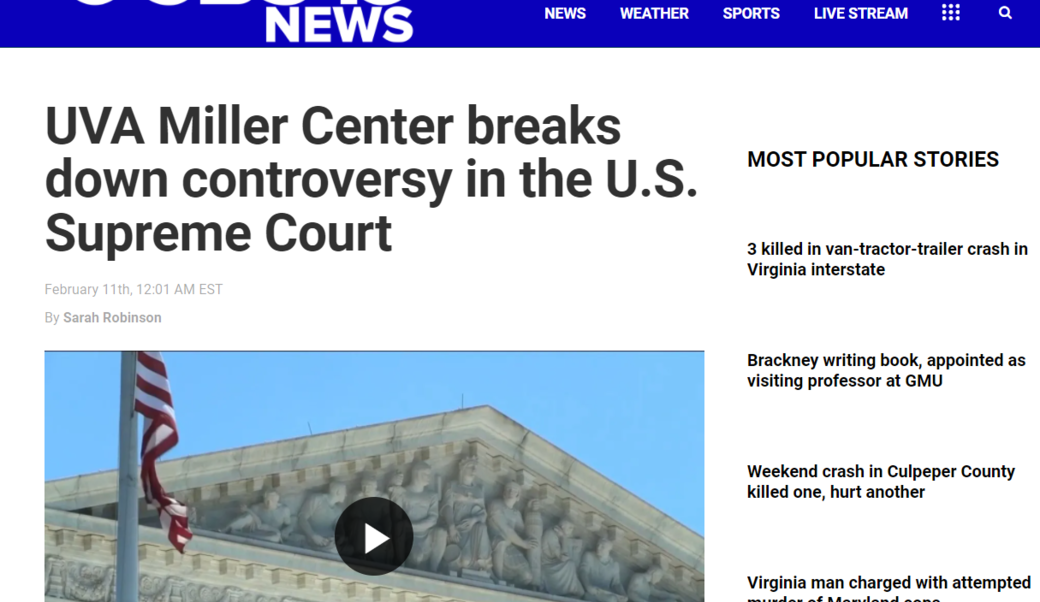 UVA Miller Center breaks down controversy in the U.S. Supreme Court
This year, the U.S. Supreme Court looking at hot button and controversial topics, from abortion to guns. There is also the question of appointing a new justice before the midterm elections in November. Experts from the Miller Center at the University of Virginia are weighing in on the cases that have the potential to reshape the future of America and discussing who's likely to get President Joe Biden's first high court nomination. First up, is "the political stench" of overturning a landmark case: Planned Parenthood v. Casey. "Most of the observers looking at this case believe they are either going to peel Casey back or overturn it. And I bet overturning it,” said Saikrishna Prakash, another Senior Fellow at the Miller Center.