Scott Miller is lecturer and research associate at the UVA Darden School of Business and a research fellow at the Miller Center for Public Affairs. From 2019 to 2021, he held a postdoctoral fellowship in economic and business history at the Yale School of Management's International Center for Finance.

As an economic historian, Miller examines the development of modern economic systems, particularly during periods of instability and volatility. In two different veins of research, Miller uses economic crises as a lens to isolate mechanisms of change in the early American Republic and 1840s Europe, with broad corollaries for modern systems in the first and second stages of economic development. His work frames the early American republic as a resource-rich, capital- and labor-poor developing economy, which was reliant on and subject to global export markets dominated by global hegemons such as Great Britain. Likewise, 1840s Europe represents a system of interconnected economies at the brink of breakout industrialization. While not perfect stand-ins for 21st century development stories, early America and 1840s Europe proxy the symbiotic relationship between macroeconomic forces, institutions, political systems, cultural values, and contingent events in the development process.

Miller has received many awards and fellowships, including the Arthur C. Cole Grant from the Economic History Association, the John Carter Brown Library Fellowship at Brown University, the Alfred D. Chandler Jr. Fellowship at Harvard Business School, the Monticello-UVA Fellowship at the International Center for Jefferson Studies, the James C. Rees Entrepreneurship Fellowship at The Fred W. Smith National Library for the Study of George Washington, and the Bankard Fund for Political Economy Predoctoral Fellowship. He is the author or co-author of numerous scholarly papers on economic history, financial crises, and the interplay between societal and economic change. He has also written or co-written 10 case studies on financial crisis and economic development. 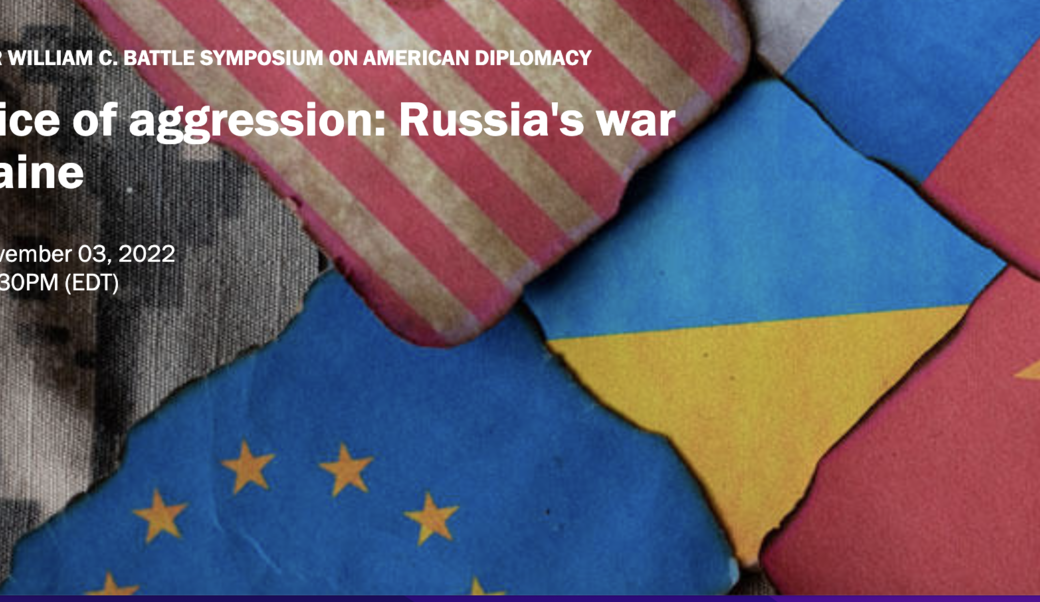 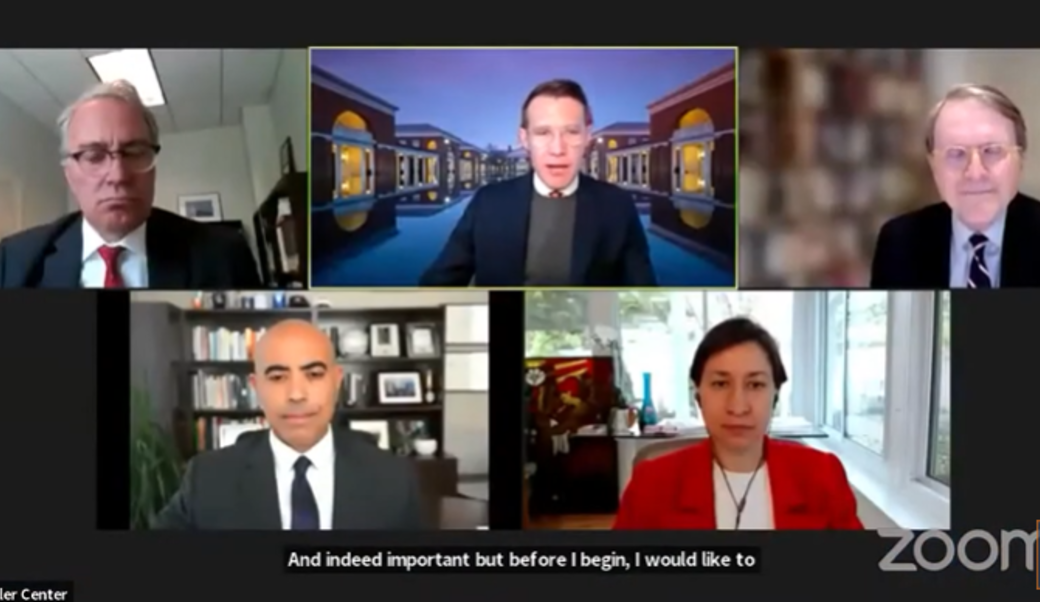 The risks that Russia's war in Ukraine will trigger a global financial crisis
A panel of Miller Center experts and guests examine the economic impact and global financial ramifications of Russia’s war in Ukraine. In particular, the panel assesses whether Russia is likely to experience an all-out crisis, and if so, how it might affect the European economy and global financial markets. Two years into the COVID-19 pandemic and with hopes for some recovery on the horizon, does this evolving crisis stymie the long-anticipated world economic recovery?
Scott Miller Miller Center Presents 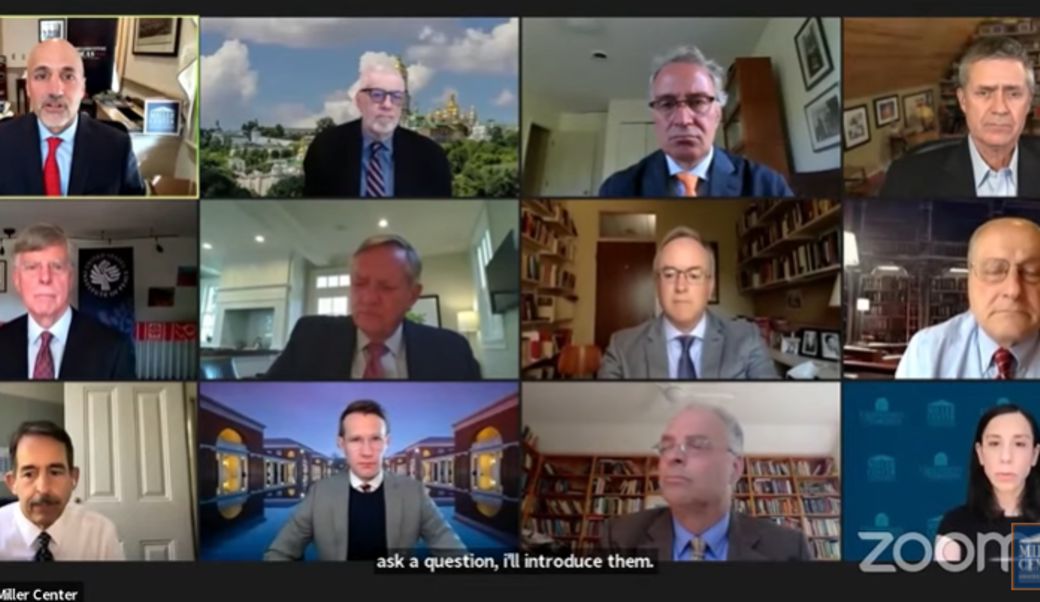 Former U.S. Ambassador to Ukraine William B. Taylor Jr. on defeating Putin
William B. Taylor Jr., former U.S. ambassador to Ukraine, joins a panel of Miller Center and UVA experts on war and foreign policy to analyze Russia’s invasion of Ukraine. As Taylor wrote recently: “Atrocities and mass civilian casualties, in a Russian assault that President Biden and others have labeled an act of genocide, only heighten the question for democracies of how to respond. Accountability will be vital. But an immediate imperative is to stop this aggression by defeating Putin and supporting Ukrainians’ battle to preserve their own freedom. That battle is crucial to the protection of international rule of law—and, given Putin’s implacability, to any hope for peace.”
Scott Miller Miller Center Presents 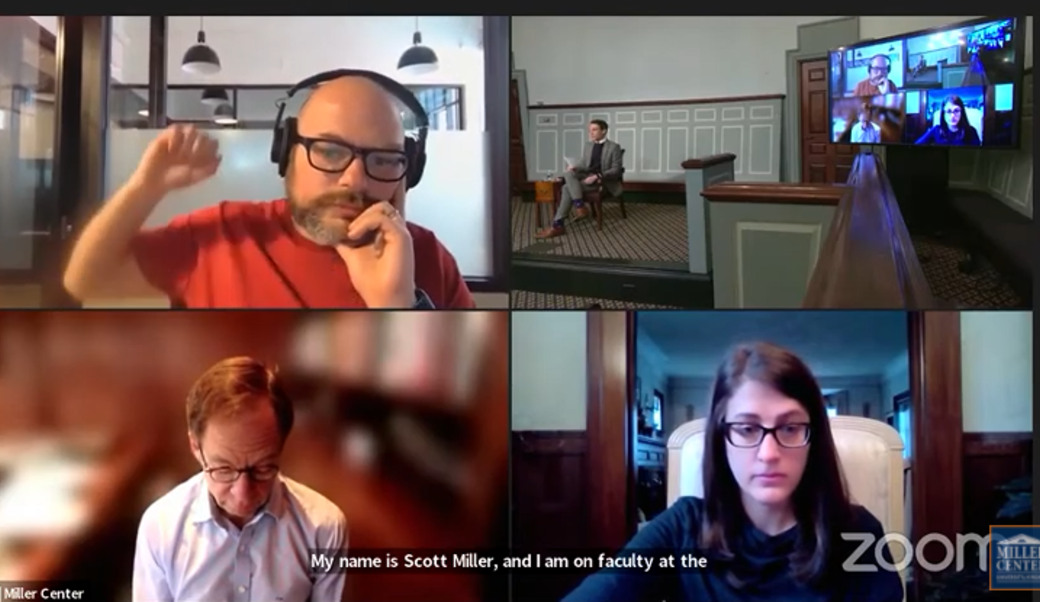 The state of the Biden economy
Two months into President Biden’s second year in office, join an expert panel of scholars, journalists, and officials for a broad policy discussion assessing his economic and social agenda, including the Build Back Better Act, infrastructure as stimulus, the future of U.S. inflation, and much more.
Scott Miller Miller Center Presents

American economic power over Russia
Over the past month, the United States and its Western allies have levied unprecedented sanctions on the Russian financial system. Excluding Russian banks from the SWIFT messaging system, freezing assets of Russian individuals and institutions, discouraging Western firms from doing business in Russia, and preventing the Bank of Russia from accessing hundreds of billions of dollars in reserves represent a remarkable display of financial power.
Scott Miller Miller Center Russia-Ukraine blog

We must prepare for the systemic collapse of the Russian economy
Over the past few days, observers have begun to forecast the results of Western sanctions on the Russian economy. In short, we are likely watching the collapse of Russia’s economic system. The savage nature of Putin’s unprovoked invasion of Ukraine has drawn much of the media oxygen, but the severity of a possible collapse should put Western observers on alert. Crises on this scale produce profound societal volatility and often result in spillovers that few see coming.
Scott Miller Miller Center Russia-Ukraine blog