Steve Gillon is the Scholar-in-Residence at The History Channel and professor of history at the University of Oklahoma.

Gillon received his BA in history from Widener University, where he graduated summa cum laude with honors in history. He was named the recipient of the faculty prize for maintaining the highest undergraduate GPA. He went on to earn his MA and PhD in American civilization from Brown University, where he was elected to Phi Beta Kappa. After receiving his PhD, Gillon spent nine years teaching history at Yale University, where he won the prestigious DeVane Medal for outstanding undergraduate teaching. In 1994, he accepted a position as University Lecturer in modern history at Oxford University. Three years later, he returned to the United States at the invitation of the president of the University of Oklahoma to become the founding dean of a new Honors College.

Gillon is one of the nation's leading experts on modern American history and politics. He has written or edited nearly a dozen books including the New York Times e-book bestseller, The Pact: Bill Clinton, Newt Gingrich, and the Rivalry that Defined a Generation (Oxford 2008). Among his many other books are: Boomer Nation: The Largest and Richest Generation and How it Changed America (Free Press 2004); 10 Days that Unexpectedly Changed America (Three Rivers 2006); Pearl Harbor: FDR Leads the Nation into War (Basic 2011); That’s Not What We Meant to Do: Reform and Its Unintended Consequences in Twentieth-Century America (W.W. Norton, 2000); The Democrats' Dilemma: Walter F. Mondale and the Liberal Legacy (Columbia University, 1992); and Politics and Vision: The ADA and American Liberalism, 1947-1985 (Oxford 1987).

Gillon's articles have appeared in both academic journals and popular newspapers, including the Los Angeles Times, New York Daily News, Washington Post, Chicago Tribune, and Boston Globe. He is a frequent contributor to the Huffington Post. He has made appearances on NBC’s Today Show, ABC’s Good Morning America, CNN, MSNBC, and Fox News as a commentator and expert on issues related to modern American history.

Over the past decade, Gillon has hosted a number of shows on The History Channel, including the network's flagship public affairs program, HistoryCenter. He has also hosted Our Generation, History vs. Hollywood, and Movies in Time. His last three books have been turned into prime time documentaries on the network: The Kennedy Assassination 24 Hours After, Pearl Harbor: 24 Hours After, and Lee Harvey Oswald: 48 Hours to Live.

In addition to his scholarly and television work, Gillon has served as a historical consultant for a number of prominent organizations. He was the chief historian for the Woodstock Museum in Bethel, New York. He spent two years as a consultant to News Corp CEO Rupert Murdoch. In 2013, AARP chose him as one of ten “Thought Leaders” in the United States on issues related to the aging of the Baby Boom generation. 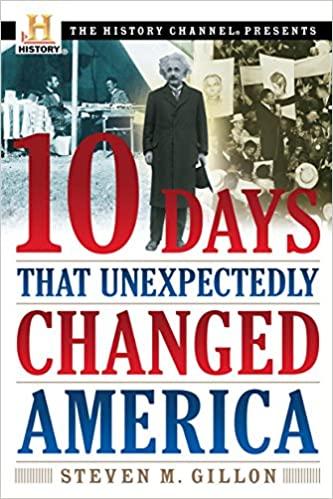 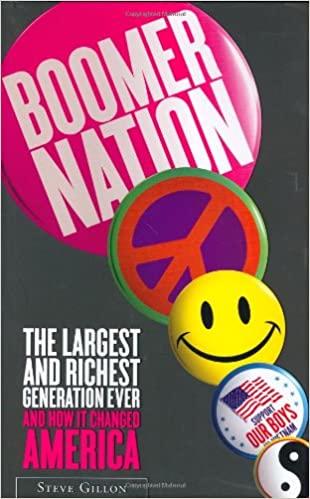 Boomer Nation: The Largest and Richest Generation Ever, and How It Changed Amer… 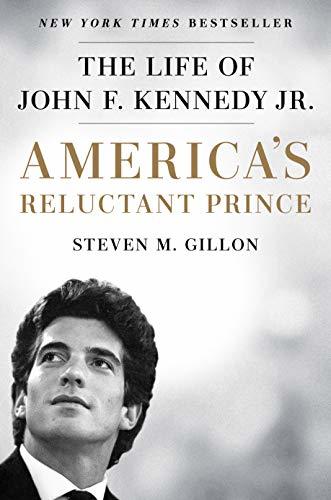 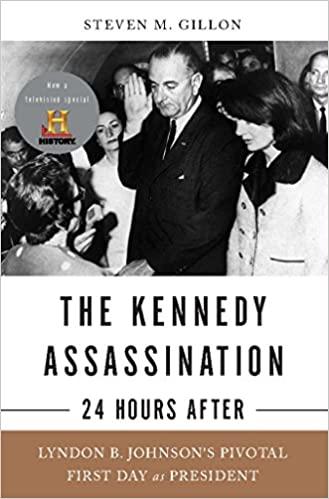 The Kennedy Assassination-24 Hours After 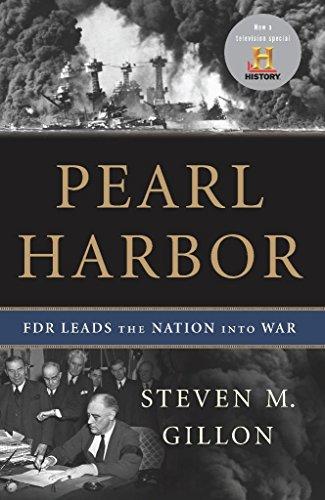 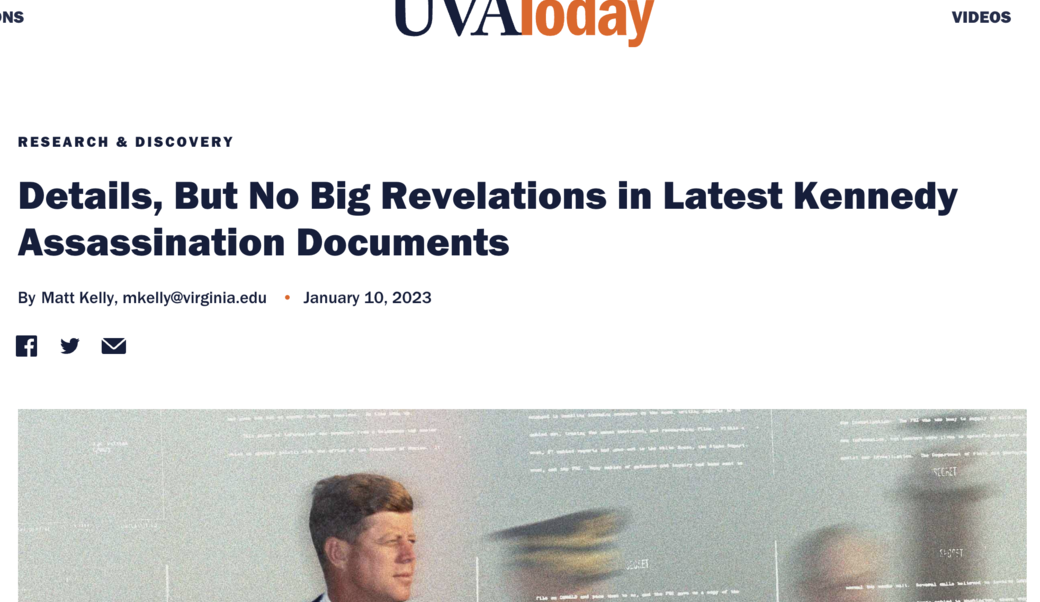 Details, but no big revelations in latest Kennedy assassination documents
UVA Today spoke with Steve Gillon, a non-resident senior faculty fellow at the University of Virginia’s Miller Center to see if this document dump shed any new light on the assassination.
Steven M. Gillon UVA Today 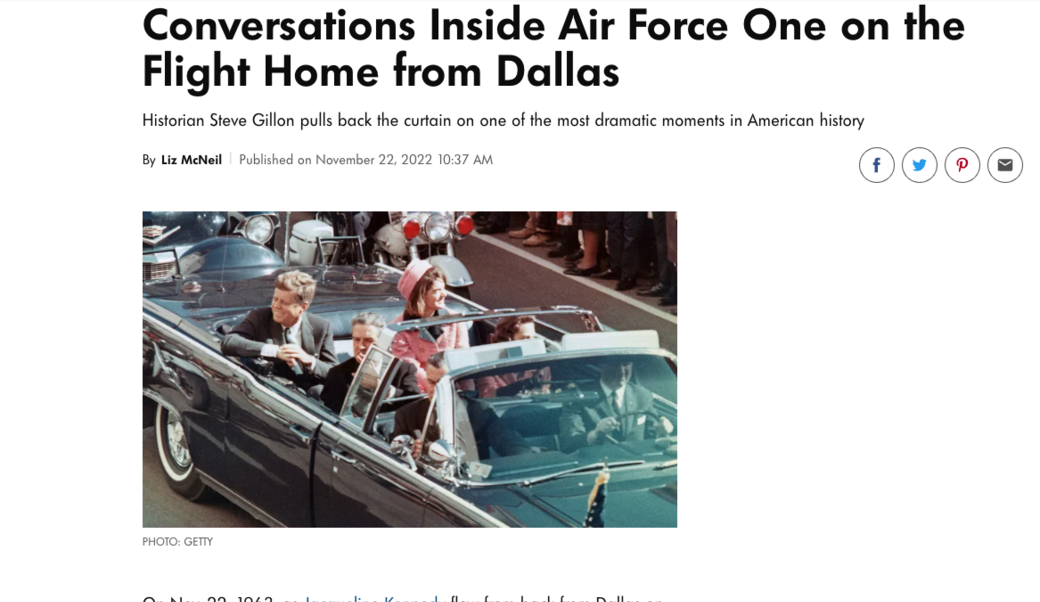 JFK's assassination, 59 years later: conversations inside Air Force One on the flight home from Dallas
Historian Steve Gillon, nonresident senior fellow at the University of Virginia's Miller Center, pulls back the curtain on one of the most dramatic moments in American history.
Steven M. Gillon People 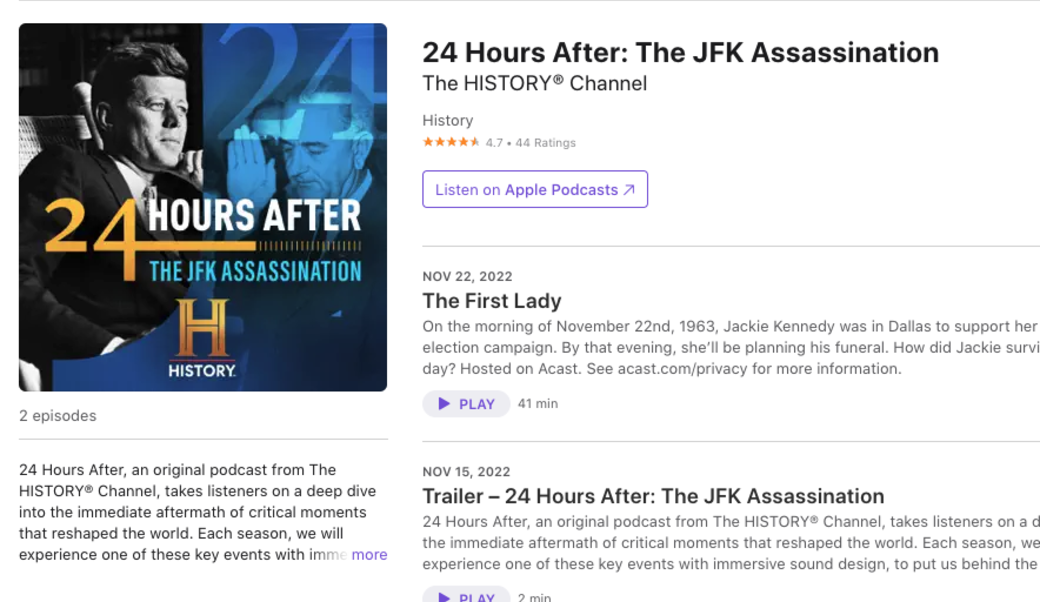 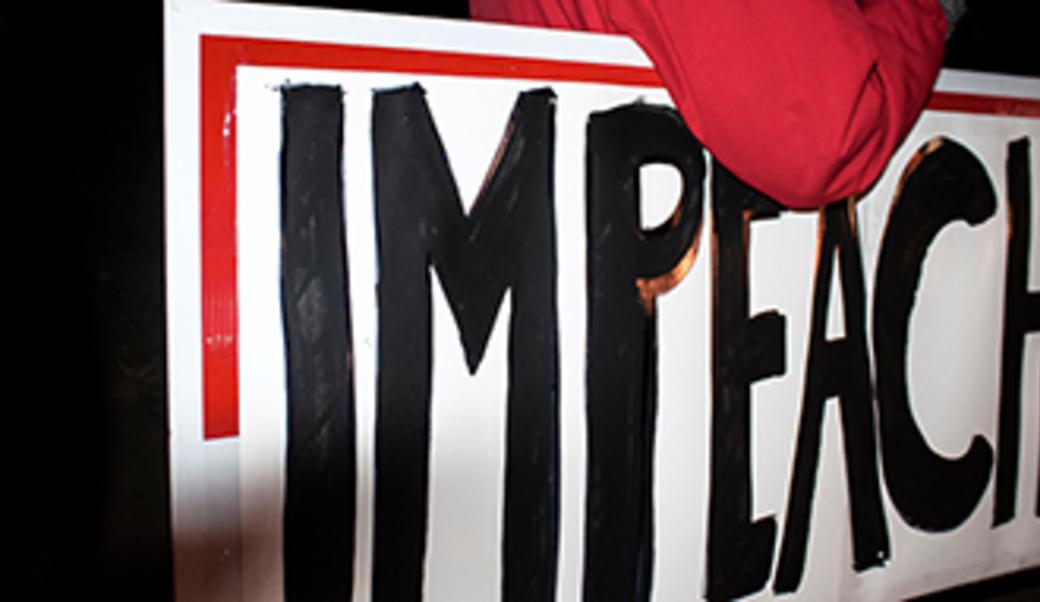 Are Republicans falling in the same traps they did in 1998?
Steven M. Gillon argues that growing evidence shows GOP strategies are alienating voters.
Washington Post 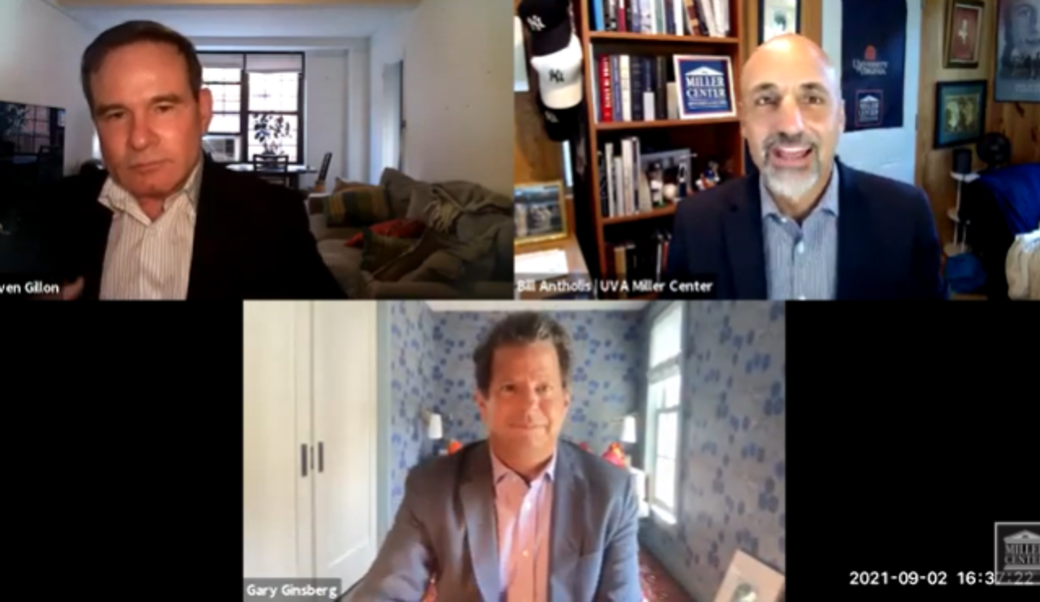 ‘First Friends: The Powerful, Unsung, (Unelected) People Who Shaped Our Presidents’
In First Friends, Gary Ginsberg, a former aide to President Bill Clinton, breaks new literary ground on Pennsylvania Avenue and provides fresh insights into the lives of the men who held the most powerful political office in the world by looking at the friends on whom they relied. Notable friendships—including Abraham Lincoln and Joshua Speed, Franklin Delano Roosevelt and Daisy Suckley, John Kennedy and David Ormsby-Gore, Franklin Pierce and Nathaniel Hawthorne, and Bill Clinton and Vernon Jordan—populate this fresh and provocative exploration. Join us as Ginsberg discusses his book with historian Steven Gillon, a Miller Center senior fellow.
Steven M. Gillon Miller Center Presents 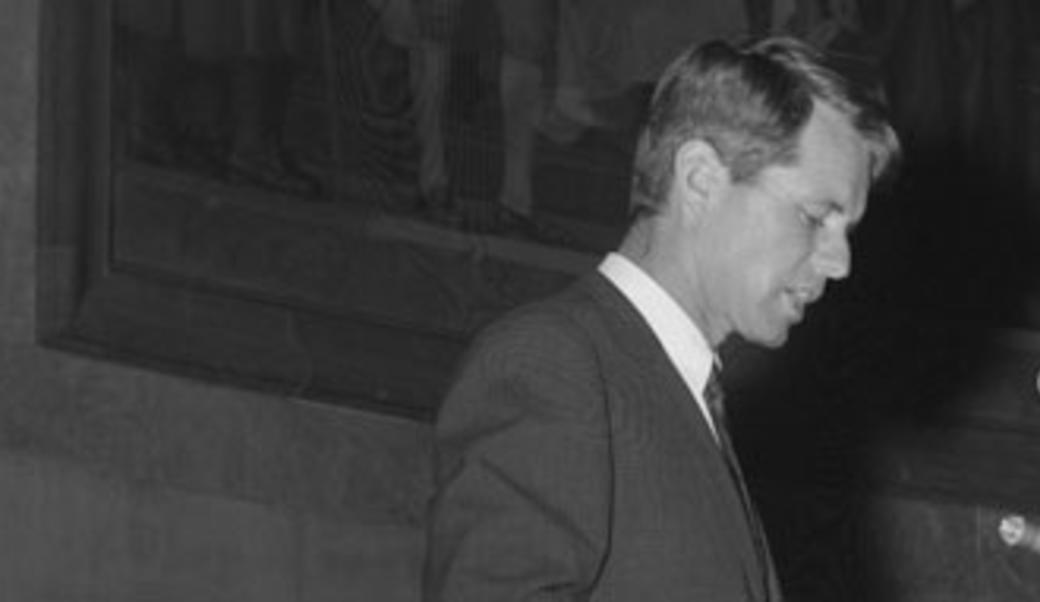 Social fissures have thwarted a liberal coalition for 50 years
The fractures developing in American society in the 1960s ripped apart the diverse coalition that had sustained the Democratic Party since Franklin Roosevelt’s New Deal. Powerful social forces would make it difficult for any presidential candidate to forge a viable liberal coalition for decades to come.
Washington Post