The Power of Letting (Banks) Go

The Power of Letting (Banks) Go 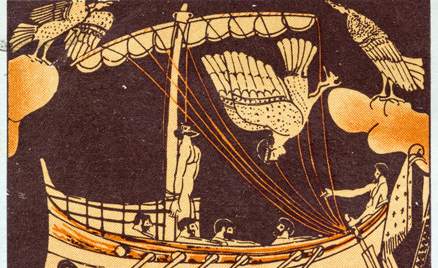 This series of Volume 3 response posts are written by former fellowship Miller Center fellows who offer their perspective on the topic of fiscal policy and how to best prepare the next president for the challenges of the first year. This series is coordinated and edited by Christy Ford Chapin, Assistant Professor of History at the University of Maryland, Baltimore County.

Every financial crisis is different, as pointed out in the essay by Miller Center First Year contributor Robert Bruner. In recent crises, Congress has embraced this truism and granted the president expansive and often open-ended powers to face them.

Yet such powers carry inevitable dangers for a president. In particular, the power to bailout certain banks has inspired complaints about favoritism and politicization. These bailouts have caused people to ask why large and wealthy institutions, themselves often the instigators of such crises, were saved, while less powerful individuals were left to fend for themselves. They have also increased the likelihood banks will engage in risky activity in the future, a now well-known problem called “moral hazard.”

The most important action a president can take before the next financial crisis is to bind him or herself, Odysseus-like, against the siren song of banks for such bailouts. While the president should remind the nation that expansive monetary or fiscal stimulus in a crisis may be necessary, he or she should also warn the public that some banks will fail, and that it will not be the job of the Treasury or the Federal Reserve to save them. The next president also can help Congress pass the laws that would make bank bailouts more difficult, if not impossible.

Presidents Herbert Hoover’s and Franklin Roosevelt’s respective responses to financial crises demonstrate the dangers of individual bank bailouts and the success of general stimulus. When Hoover proposed providing government loans to banks, the public outrage was similar to that which followed the 2008 bailouts. Representative Fiorello LaGuardia attacked Hoover’s proposed Reconstruction Finance Corporation as a “millionaire’s dole…a subsidy for broken bankers.” Senator Robert Wagner pointed to the irony that Congress did not “preach to [bankers] rugged individualism,” but when relief for individuals was proposed, “we suddenly are overwhelmed with devotion for the preservation of self-reliance.”

Hoover at first tried to refute claims that most loans went to big banks and political allies. Yet his arguments were dashed by a large loan to the Central Republic Bank, just weeks after the former chair of the Reconstruction Finance Corporation resigned to lead it. Such individualized bank bailouts not only damaged Hoover politically, they did little or nothing to halt the wider financial collapse.

The most important action President Franklin Roosevelt took against the continuing banking crisis, by contrast, was to raise the price of gold and stimulate inflation across the nation. Roosevelt had earlier attacked the billions “President Hoover and the Congress have put at the disposal of the big banks.” His “reflation” plan, by contrast, not only spurred recovery by raising prices after three years of disastrous deflation, it operated largely without discrimination or favoritism to certain banks or groups.

Economists from President Barack Obama’s Chair of Economic Advisors Christina Romer to free-market advocate Milton Friedman have cited Roosevelt’s monetary policies and the subsequent inflation as the most significant reason for the nation’s recovery from the Great Depression. Roosevelt’s personal decisiveness for inflation “stimulus,” against advice from some of his conservative financial advisors, is the reason why former Federal Reserve Chair Ben Bernanke has called for “Rooseveltian resolve” when contemporary leaders face financial crisis.

Yet such resolve and leadership should not come unfettered and should not extend to propping up individual endangered banks. Such bailouts only sap the president’s moral and political authority and mire policymaking in the demands of large corporations and lobbyists.

The Dodd-Frank Act, especially through those regulations that help wind-down large financial institutions, has already made some bailouts less likely. But there is more to be done. The next president can endorse the bill proposed by Senators Elizabeth Warren and George Vitter that sharply limit Federal Reserve loans to insolvent banks. The president should likewise endorse the sections of the “Fed Oversight and Modernization Act” that demand that the Federal Reserve set consistent policy rules and heed them. If the president also promised to adhere to only broad-based stimulus in a crisis, whether increased monetary emissions or increased infrastructure and relief spending, then ad hoc bailouts would be far more difficult to implement and justify.

Such promises and laws may be no more than “parchment barriers.” In a crisis, the desire to salvage certain banks may overwhelm the president, Congress, and the Federal Reserve. Yet ex ante promises and laws would at least limit reckless behavior on the part of banks that might otherwise be certain of bailouts. They would also make it more difficult for the president to renege on his or her promises and suddenly discover, in the midst of chaos, one particular bank that seems particularly deserving. If he or she is not bound by such promises and laws, however, the next president may have to face years of unanswerable outrage at a “millionaire’s dole.”

Judge Glock is currently a PhD student in American History at Rutgers University and a former fellow at the University of Virginia’s Miller Center. Before coming to Rutgers, Glock did historical research on Native American and environmental affairs for the Department of Justice and taught English in China.