Congress and the future of endless wars

Congress and the future of endless wars

Although lawmakers across both parties profess to want to get out of the “endless wars,” very few are willing to actually vote for it

September 18 marked the 19th anniversary of the signing of the 2001 Authorization for the Use of Military Force, the congressional imprimatur given to President George Bush’s invasion of Afghanistan that is still in use to authorize military action in countries from the Philippines to Niger.

If there has been a uniting theme amongst Trump Republicans and progressive Democrats in 2020, it is the imperative to get the United States out of the so-called “forever wars” spawned by both the 2001 AUMF and the 2002 authorization for the use of force in Iraq, also still in place. It exposes perhaps the central hypocrisy of Congress and war-making in 2020: Although lawmakers across both parties profess to want to get out of the “endless wars,” very few are willing to actually vote for it.

If there has been a uniting theme amongst Trump Republicans and progressive Democrats in 2020, it is the imperative to get the United States out of the so-called “forever wars”

Congress has tried and failed multiple times since Sept. 11 to update the 2001 AUMF, which authorizes military action against al Qaeda and “associated forces” that helped carry out or harbor the plotters of the attacks. Both the Obama and Trump administrations have argued that ISIS qualifies as an “associated force,” even though the group formally splintered off in 2014. The courts have yet to weigh in on the distinction, and the Trump administration has faced at least one legal case that threatened to undercut the rationale for the majority of its counterterrorism missions across the globe.

There are some good reasons for Congress’s inaction. Designing an authorization that accounts for the balkanized and constantly-evolving nature of Islamist insurgency groups is a difficult policy problem that thoughtful lawmakers have struggled to solve. Some solutions call for putting a sunset date on a new authorization—but critics point out that giving the enemy a deadline will only provide an incentive to “wait out” the United States. Others suggest geographic borders, an approach opponents say misunderstands the global and constantly-changing threat from terror groups. Perhaps the most serious suggestion calls for an administration to seek congressional approval every time it wants to designate a new splinter group as an “associated force.”

There are also some purely political reasons. No lawmaker on Capitol Hill wants to be seen to be “voting against the troops”—or caught tying the military’s hands in the event there is another attack on American soil.

Critics accuse Congress of abdicating its responsibility, both to troops and to the Constitution. The insurgent Democratic primary candidate, Pete Buttigieg, a former Navy intelligence officer who served in Afghanistan, accused Congress of being “asleep at the wheel” in a 2019 speech.

Whatever the reasons, the result of Congress’s inaction has been that administrations of both parties have interpreted the 2001 and 2002 authorizations in increasingly expansive ways.

In 2014, the Obama White House announced its theory that it did not need Congress’s approval to fight the Islamic State in Syria—a group no longer aligned with al Qaeda—in part because of “the administration’s perception that Congress was unable to function as a competent governing partner,” according to Charlie Savage’s definitive 2017 book Power Wars.

Whatever the reasons, the result of Congress’s inaction has been that administrations of both parties have interpreted the 2001 and 2002 authorizations in increasingly expansive ways.

In 2019, the Trump administration wrote to Congress that it believed the 2002 congressional authorization that originally allowed the invasion of Iraq could be used to legalize some use of force against Iran in order to bolster the fragile Iraqi state—an assertion that House Armed Services Chairman Adam Smith (D-WA) called “new to me, and incredibly troubling.”

Congress has made a few abortive efforts to restrain the past two presidents from exercising further military force beyond the scope of the two authorizations as they were understood at the time. Democrats and staunch noninterventionists like Sen. Rand Paul (R-KY) have sought to preemptively constrain President Donald Trump from a military conflict with Iran through legislation, a tactic that Congress also considered using to constrain President George H. W. Bush from using force against Iraq.

“On the Hill at that point they were actually talking about passing a resolution that said...that he could not use force unless he got their approval,” then-deputy attorney general Bill Barr recalled in a 2001 oral history at the Miller Center. “There were some in the administration who were saying, Just let them do it, screw them, ignore them, and let them pass whatever they want.” (Barr advised engaging with Congress to “see if we can head off that kind of resolution and, in fact, get a resolution in support of it.”)

Past presidential candidates have run on a platform of empowering Congress, only to have flexed the executive’s institutional muscles after taking office.

“The biggest problems that we’re facing right now have to do with George Bush trying to bring more and more power into the executive branch and not go through Congress at all,” then-candidate Barack Obama said in 2008. “And that’s what I intend to reverse when I’m president of the United States of America.”

Ironically, there have been recent efforts by Congress to keep the United States military deployed in Afghanistan. Trump, seeking to fulfill a campaign promise of ending America’s wars in the Middle East, has announced the withdrawal of tranches of service members from Iraq and Afghanistan that his detractors from both sides of the aisle have called premature and politically-driven. An amendment to the 2021 defense policy bill, still being negotiated as of October, would prevent Trump from withdrawing U.S. troops from Afghanistan without a certification from the defense secretary that it was in the U.S. national interest.

But there have been no successful efforts—or even serious efforts—arguably since Obama’s intervention into Libya to update, repeal or replace the two existing authorizations in a way that would give Congress more power over their interpretation.

In December 2019, two amendments to the annual defense policy bill from longtime war critic Rep. Barbara Lee (D-CA) drew over a dozen Republican votes each: One “expressed the sense of Congress that the 2001 AUMF has been utilized beyond the scope that Congress intended, and that any new authorization for the use of military force to replace the 2001 AUMF should include a sunset clause, a clear and specific expression of objectives, targets, and geographic scope, and reporting requirements.” The other repealed the 2002 AUMF, which allowed Bush to invade Iraq.

Both also were stripped out in the final version of the bill signed by Trump.

One thing appears clear: The future of America’s so-called “endless wars” depends on the political support of Congress, either tacit or direct. So far, the political inertia that has kept the 2001 and 2002 authorizations in force for close to two decades appears unstoppable. 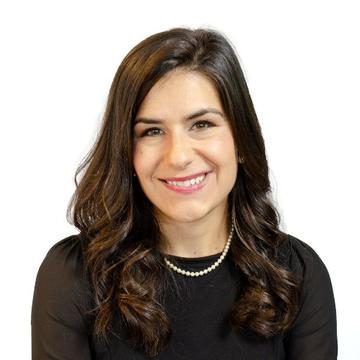 Katie Bo Williams is the senior national security correspondent for Defense One, where she writes about defense, counterterror, NATO, nukes, and more. She previously covered intelligence and cybersecurity for The Hill, including in-depth reporting on the Russia investigations and military detention issues. Before her journalism career, Katie Bo worked in thoroughbred horse racing, helping breed, sell, and prepare the next generation of Kentucky Derby winners. She is a graduate of the University of Virginia.