Even ‘endless wars’ can be ended

Even ‘endless wars’ can be ended

By William B. Quandt

The term “endless war” is most often associated these days with the frustrating American military involvement in Afghanistan, and it is noteworthy that even that war now may be coming to an end – as all wars eventually do. So, is the concept of “endless war” actually of any analytical value, or is it primarily an expression born of the frustration of realizing that the war one is engaged in is turning out to be hard to win, costly, and unpopular at home? To get some perspective, it helps to look beyond the immediate case of a supposedly endless war and to examine a few others in order to identify why they did go on so long and how they eventually ended.

Fred Iklé wrote a short book in 2005 entitled Every War Must End, which made the sensible argument that the best time to think about how a war should end is before you engage in one. In short, many of the biggest miscalculations come at the outset of military action when political and military leaders fail to think through the complex steps that lie ahead that might possibly make the wartime costs and sacrifices worthwhile. Wishful thinking about a quick and painless victory is a common cognitive failure at this early stage of planning for war. World War I is a good example, along with Vietnam, Iraq and Afghanistan. Reportedly, in early 2003 Secretary of Defense Donald Rumsfeld expected to be in and out of Iraq within months, with Saddam Hussein easily deposed and Ahmed Chalabi, presumably, happily installed in power.

By using the term “endless war” we risk buying into the idea that “nothing can be done” – we cannot win, we cannot retreat, we cannot up the ante, we cannot back down. And yet when seemingly endless wars do finally end it is usually some combination of reassessing goals, changing the broad strategic environment so that the immediate conflict no longer seems to matter so much, or responding to some shift in domestic political opinion that shows the public has grown tired of the costs of war.

Let us look at the American military engagement in the Afghan conflict, now almost twenty years old. No one in 2001 would have expected such a long and inconclusive war. So, what happened? The short version is that we never were able to align our goals with the resources that we were prepared to devote to the conflict – and the goal of “nation-building” was simply not achievable at any price. After 9/11, the urge to strike hard at Al-Qaida in Afghanistan was probably irresistible, but beyond that there seems to have been little consensus on what else we could realistically achieve there. And very quickly the focus of the Bush administration shifted to Iraq, which was to become a much bigger and more costly, and equally frustrating adventure.

We may now be reaching the last stages of large-scale American involvement in both of these wars. If so, the key ingredient will be some form of political negotiation that provides a “decent interval” for the extrication of most American troops; provides some face-saving provisions for the main participants in the conflict; and allows American political leaders to declare a victory of sorts, in part by declaring that the strategic stakes that may have initially justified the decision to go to war have changed. This, after all, was how Nixon and Kissinger brought an end to that other “quagmire”, “endless war” in Vietnam. We did not achieve our goals, but we did cut our losses, and we did so in a new strategic environment of improving relations with both China and the Soviet Union. And with the advantage of hindsight we can see that the gloom and doom scenarios of what would happen if we lost in Vietnam did not come true. Indeed, we have fairly good relations with Vietnam today.

What kept American presidents, from Kennedy to Nixon, from exiting Vietnam before the mid 1970s was not an expectation of military victory. Indeed, they and their advisers were generally quite realistic about the situation in Vietnam, but they were also determined not to be seen as “losing”, at least as long as Vietnam was seen as a central battle in the Cold War. Once it was possible to argue that the Cold War framework was no longer central to understanding the stakes in Vietnam, all Nixon and Kissinger needed was a “decent interval” to withdraw. Leslie Gelb and Richard Betts explained this process quite well in The Irony of Vietnam: The System Worked.

Just to illustrate that other seemingly endless wars have also involved a recasting of the political stakes as a key to bring them to an end let us look at a couple of non-American cases. From 1954 to 1962, France was involved in a conflict in Algeria that had come to feel like an endless war. The costs were high on both sides; the French government initially refused to see this as a conflict with a broad-based nationalist movement; and the French military acted as if a defeat of the rebels was just over the horizon. When General Charles de Gaulle came to power in 1958, he went to Algiers and enigmatically told the European “colons”, who were full citizens of France, that he had understood their call for the defense of “L’Algérie Française” –“Je vous ai compris,” he solemnly declared. But he also understood that a political negotiation with the nationalists was the key to ending the war. It took time, and many more years of combat, but eventually the Evian Accords were signed and led to Algeria’s independence. Today France is still the most influential foreign country in Algeria, and President Macron has gone so far as to condemn France’s colonial past in no uncertain terms.

Finally, there is the case of the Lebanese civil war that went on from 1976 to 1989 – a long and very bloody conflict may have resulted in the death of some seven percent of the population of that small country. Like the conflicts in Afghanistan and Iraq and Syria and Libya, there was a great deal of foreign intervention, terrible acts of violence, occasional pauses that were followed by renewed hostilities, and then, in 1989, a Saudi-led initiative brought all of the warring parties together and worked out a formula for a ceasefire. Amazingly, it left nearly all the “warlords” in place, slightly adjusted the formula for allocating power, and allowed the largest militia to keep its arms. And it essentially brought the war to an end. How did it happen? Popular exhaustion with the “endless war” was no doubt part of it, but so was the face-saving nature of the final agreement at Taif that allowed each of the parties to the conflict to point to some gains. And, as precarious as the deal seemed in 1989, and as fragile as Lebanon looks today, it has so far not reverted to the full-scale civil war of the 1980s, nor to the kinds of conflicts that have raged elsewhere in the vicinity.

One other case deserves mention – that of an “endless war” avoided, the U.S. intervention to oust Iraqi troops from Kuwait in 1991. Very determined not to get into a Vietnam-style quagmire, General Colin Powell, the Chairman of the Joint Chiefs of Staff, and his colleagues designed a policy and force posture that would be able to defend Saudi Arabia and to expel Iraqi forces from Kuwait if necessary. And they did so with overwhelming force, nearly 700,000 American troops, as well as others from countries as diverse as Egypt, Syria, and several NATO allies. Plus, they secured a UN Security Council Resolution calling for Iraq to withdraw unconditionally. When Saddam Hussein refused, Operation Desert Strom was launched, and within a short period Iraqi forces were in full retreat. At that point, despite some in Washington who wanted to march on Baghdad, the decision was made to stop at the Iraqi border. There were critiques, of course, especially when many Shi’i in southern Iraq rose up against Saddam, as they had been urged by President George H. W. Bush to do and were then massacred by Saddam while the United States stood by without intervening. But the Bush administration had made a decision not to be drawn into an “endless war” and most Americans seemed pleased with the quick and decisive victory. Less than two hundred combat fatalities were suffered by the American troops. Years later I asked Brent Scowcroft, Bush’s National Security Adviser, what he had in mind when the decision to stop at the Iraqi border was made. He answered succinctly: “Lebanon”. In short, he did not want the United States to be drawn into an “endless war” in Iraq. That would be for the next President Bush to do in 2003.

In summary, we should not pretend that “endless wars” are something new and recent and peculiar to American foreign policy. Nor are they impossible to resolve. They are instead usually the result of poor decisions made by those who see major interests at stake and believe that the use of force will produce quick and possibly decisive results in their favor. Then, when the war drags on and the casualties increase, politicians find it hard to admit that one’s initial calculations were wrong and so additional forces are committed. They will argue that America’s credibility is at stake. There are always cheer leaders for adding more forces coming from those who profit from the arms trade and those who have made their reputations in “security studies” or “anti-terrorism”. Once politicians realize that they will be better off by ending the conflict than by persevering, and once they accept that negotiating with the enemy is inevitable, it becomes possible to end supposedly endless wars. The term itself will then be seen as largely a political slogan used by those who believe that most of America’s recent major military engagements have been serious strategic blunders, costly in lives, resources and prestige. 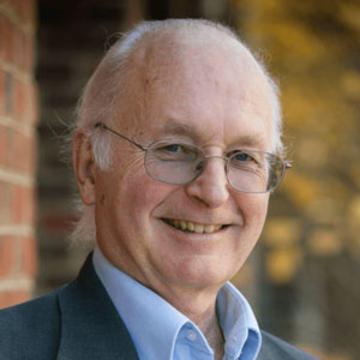 From 1994 to 2013, William B. Quandt held the Edward R. Stettinius chair in the Department of Politics at the University of Virginia. From 1979 to 1994, he was a senior fellow in the Foreign Policy Studies Program at the Brookings Institution and previously served as a staff member on the National Security Council (1972-1974, 1977-1979). He was actively involved in the negotiations that led to the Camp David Accords and the Egyptian-Israeli Peace Treaty. His books include: Peace Process: American Diplomacy and the Arab-Israeli Conflict Since 1967;  Between Ballots and Bullets: Algeria’s Transition from Authoritarianism;  Camp David: Peacemaking and Politics; Revolution and Political Leadership: Algeria, 1954-1968, and as co-author, Peace Puzzle: America’s Quest for Arab-Israeli Peace, 1989-2011.