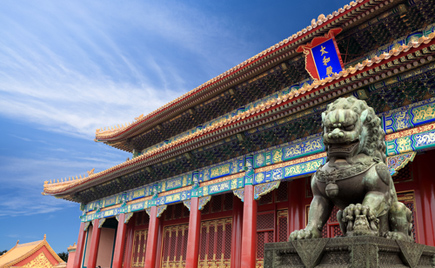 Concern is rising over the future of U.S.-China relations after the harsh anti-China rhetoric of this election cycle. It is important to remember, though, that China bashing is not a new campaign strategy.

Most presidents since Nixon have campaigned on a harsh China platform, but all of them have embraced engagement once elected. So we should not assume that harsh rhetoric is a bad omen for the future of bilateral relations. In fact, many of the candidates who have attacked China most vociferously have subsequently presided over the most significant improvements in U.S.-China relations. If either nominee can learn the lessons of history, he or she could use this election to lay the foundation for America to get the best from its China policy in the new administration.

Richard Nixon built his political career as a fierce anti-communist crusader, but he was the first president to re-establish relations with China. Ronald Reagan barnstormed his way to the Oval by bashing all things communist, but quickly signed the final Shanghai Communiqué. Bill Clinton roundly criticized George H. W. Bush for “coddling the butchers of Beijing” after the Tiananmen Massacres, and promised to place strict conditions on China’s annual Most Favored Nation (MFN) trading status. Once in office, however, Clinton reversed course, renewing MFN in 1994 despite Beijing falling short of his conditions, and he went on to extend Permanent Normal Trade Relations. Believing that Clinton had gone too far in labeling China a “strategic partner,” George W. Bush vowed to treat China as a “strategic competitor.” However, when a Chinese fighter plane crashed into an American spy plane three months after his inauguration, Bush rejected Rumsfeld’s hardline position for the State Department’s more conciliatory approach. Bush 43 then went on to preside over what many have called the “Golden Years” for U.S.-China relations.

Ironically, the only two presidents who did not campaign on a platform of getting tough with China — George H. W. Bush and Barack Obama — experienced the most dramatic increase in bilateral tensions during their early tenures. Though the killings in Tiananmen Square were bound to create a backlash during the Bush administration, the American people were more skeptical of the president’s efforts to preserve the relationship because of his connection with Chinese leaders.

President Obama largely avoided anti-China campaign rhetoric, and instead promised a “new era of engagement” with China that would foster greater respect for one another’s strategic interests. Instead of reciprocating this olive branch, however, Beijing tested the new administration’s tolerance by increasing their assertiveness in territorial disputes and working against many of Obama’s key diplomatic agendas. All of this resulted in Secretary of State Hillary Clinton’s announcement of the Strategic Pivot in 2011, which many considered a direct reprisal to Beijing’s intransigence. A large part of the recent tensions in U.S.-China relations trace back to this initial disappointment of high hopes, stemming from the president’s failure to manage Chinese expectations.

This historical record yields the paradoxical conclusion that grand gestures of friendship at the outset of a campaign or administration often hamper a new president’s ability to advance cooperation and deepen interdependence. This approach inflates Beijing’s expectation of what constitutes a “good deal,” which limits the new president’s room to negotiate. At the same time, overly optimistic rhetoric causes the American people and Congress to doubt the president’s ability to negotiate effectively. The consequence is a president left to choose from a less favorable set of offers from Beijing, which must then be sold to a skeptical public and Congress back home.

Therefore, the next president should neither ignore the American people’s frustration with China nor submit to it. Instead, he or she should capitalize on it to justify a more resolute approach towards Beijing in public, and a more ambitious negotiating agenda in private. This will not only secure the public’s trust in the president’s ability to negotiate effectively with Beijing, but will also help manage Beijing’s expectations.

However, taking a tough initial stand should not be confused with taking an erratic one. Given the importance of “saving face” within Chinese culture, candidates should be cautious not to confuse a position that is tough but credible with one that is unforgiving or implausible.

To get the best results, the new administration should also be strategic from the outset by prioritizing economic issues, which are both more important to the American people and more likely to yield common ground with Beijing than thorny political and human rights issues. This focus would be a bold departure from previous administrations, which have traditionally placed a much greater emphasis on these political and human rights issues.

Political reform within China is important, but history has demonstrated repeatedly that trying to leverage economic access to force Beijing to make top-down changes not only fails to achieve political progress, but also squanders precious bargaining power that could otherwise have been used to secure more favorable trade and investment deals. Former Secretary of the Treasury Hank Paulson tried to alter this pattern by establishing the Strategic Economic Dialogue (SED) as a separate venue to discuss economic issues without the political disputes that so frequently ensnare trade and fiscal progress.Though the SED (like all bureaucratic institutions) subsequently expanded beyond its initial focus, its original design provides a good model for the incoming administration.

In short, the presidential candidates should not shrink from hardline positions on China, but they should expect to moderate this stance once in office. In the course of compromising, the next president should set aside demands for domestic political reform in China. However, because America’s vast consumer and securities markets remain central to China’s economic growth and stability, the next president should not retreat from demands that Beijing reform its many predatory economic practices. In this sense, the best strategy is not just peace through strength, but progress through prudent prioritization.

Joe Riley recently completed his MPhil and DPhil in International Relations at Oxford University as a Rhodes and Truman Scholar, where he wrote his dissertation on U.S.-China relations in the post-Cold War era based on interviews with more than 100 foreign policy leaders. Riley previously graduated from the University of Virginia in 2013 with a double major in Chinese and the Politics Honors programs.