Most presidents struggle in their first year as commander in chief. But Donald Trump got tired of winning before he started.

Most experts agree that President Donald Trump’s foreign policy and national security strategy have been disappointing so far, if not disastrous. But historians also know that this isn’t entirely surprising. Since the United States became a global power after World War II, most administrations experienced difficulties getting started. Some — like Ronald Reagan — entered office with a real sense of strategy but floundered at the outset because of bureaucratic infighting or slow staffing. Others — like John F. Kennedy and Bill Clinton — disdained strategy and sought to improvise, and they suffered.

Studies my colleagues and I have conducted at the University of Virginia’s Miller Center demonstrate that administrations typically flounder during their first year. That’s because presidents often focused on domestic policy and resisted efforts to think through a comprehensive national security strategy. Sometimes, presidents selected able leaders to head key departments and agencies but these appointees had trouble collaborating with one another. In other administrations, presidents have disregarded the importance of process or ignored linking foreign policy making to budgetary planning. Often, they failed to nurture allies in Congress and, in recent decades, have been slow to staff key agencies.

Despite their difficult beginnings, many administrations go on to gain their footing and experience real accomplishment in foreign policy. So there is still hope for Trump. But it’s important to first understand that he isn’t just repeating all the early errors that beleaguered his predecessors — he is magnifying them in unprecedented fashion.

First, he has no strategy. Consider the “America First Foreign Policy” that is outlined on the White House website, which appears to be the official expression of Trump’s nationalist populist foreign-policy vision. The Trump administration is “focused on American interests and American national security” and seeks “peace through strength.” Its top priority is fighting “radical Islamic terror groups.” Through aggressive military operations and other initiatives, it seeks to destroy and defeat these groups, cut off their funding, expand intelligence sharing, and engage in cyberwarfare. Next, the administration aims to rebuild the American military and gain “military dominance.” And, lastly, it plans to jettison the rotten trade deals of the past and negotiate new ones that “put American workers and businesses” ahead of the “interests of insiders and the Washington elite.”

In the past, poor strategy often resulted from failures to rank priorities, reconcile values and interests, and link means and ends, resources and commitments, and budgeting and policymaking. Trump is guilty of all of the above. “America First” seeks to achieve a “stronger and more respected America.” Yet by embracing authoritarian leaders — from Vladimir Putin in Russia, to Rodrigo Duterte in the Philippines, to Najib Razak in Malaysia, to Abdel Fattah al-Sisi in Egypt — and by reneging, denigrating, or disdaining key agreements and alliances like NAFTA and NATO, Trump has put his personal imprimatur on a strategy that conveys contempt for the values and the relationships that have buttressed America’s image around the world for generations. Michael Anton, his National Security Council strategist and spokesman, likes to say that “America First” policy aspires to enhance America’s prestige and stature around the world. Yet a recent poll covering 37 countries by the Pew Research Center shows that only about 22 percent of the people in those countries have confidence that President Trump will do “the right thing” when it comes to international affairs. This number compares to 64 percent who previously had said that they believed in the ability of Barack Obama to make the right choices. At the same time, favorable views of the United States have plummeted from about 64 to 49 percent. 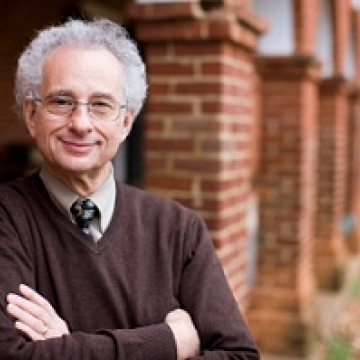 Melvyn P. Leffler is Edward R. Stettinius Jr. professor in the department of history at the University of Virginia and Compton Visiting Professor in World Politics at the Miller Center 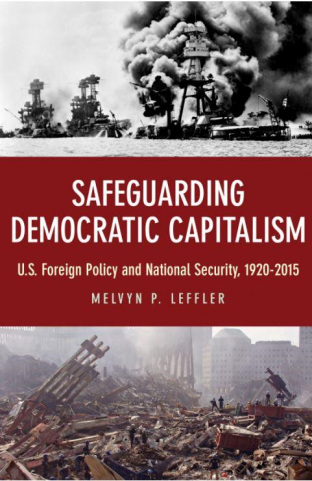