By the Book: George W. Bush

By the Book: George W. Bush 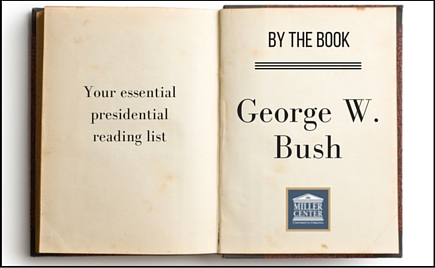 Peter Baker’s Days of Fire: Bush and Cheney in the White House (2013) stands head and shoulders above every other book published so far about the George W. Bush presidency. Bush’s respect for his vice president, Dick Cheney, led some observers to falsely conclude that the two were partners (with the president perhaps the junior partner) in a “co-presidency.” Baker shows that this was never true. Even during his first year in office, Bush resisted Cheney’s desire to immediately invade Iraq and, three years later, considered replacing him on the ticket when running for reelection.

During the second term, Bush disagreed with Cheney on a number of issues, relying more heavily on his own judgment and, in foreign policy matters, on the judgment of Secretary of State Condoleezza Rice. Baker records that the president and vice president disagreed on “North Korea, gun rights, same-sex marriage, tax cuts, Guantanamo Bay, interrogation practices, surveillance policy, Iran, the auto industry bailout, climate change, the Lebanon War, Harriet Miers, Donald Rumsfeld, Middle East peace, Syria, Russia, and federal spending.” In their final conversation before leaving office, Bush refused to pardon Cheney’s top aide, Scooter Libby, even when the vice president charged him with “leaving a good man wounded on the field of battle.” In this as in every other instance of disagreement, the president prevailed.

Most books about the Bush presidency focus on the post-9/11 period. An excellent reminder that he entered office consumed with domestic policy issues is speechwriter Michael Gerson’s memoir Heroic Conservatism (2008). Concerning 9/11 itself, The 9/11 Commission Report (2002), published under the auspices of the National Commission on Terrorist Attacks but authored by University of Virginia historian (and former Miller Center director) Phillip Zelikow, is the definitive account. On Bush’s first-term foreign policy team, see James Mann’s Rise of the Vulcans: The History of Bush’s War Cabinet (2004). Peter Bergen’s The Longest War: The Enduring Conflict Between America and al Qaeda (2011) is an excellent treatment of the war on terror, especially in Afghanistan. Concerning that war and the subsequent war in Iraq, Bob Woodward’s four books provide essential chronicles of Bush administration decisionmaking: Bush at War (2003), Plan of Attack (2004), State of Denial (2006), and The War Within (2008).

Barton Gellman’s Angler: The Cheney Vice Presidency (2008) offers a rich account of the Cheney vice presidency. Cheney’s role in advancing the Bush administration’s expansive theory of presidential power is chronicled in Charlie Savage’s Takeover: The Return of the Imperial Presidency and the Subversion of American Democracy (2007). As these books show, to say—accurately—with Baker that Cheney was subordinate to Bush is not to say that he was without influence.

Less than a decade after Bush left office, it is perhaps not surprising that so far journalists have shed the most light on his presidency. Two scholarly exceptions are the anthologies edited by political scientists Gary L. Gregg II and Mark J. Rozell (Considering the Bush Presidency, published in 2004 when Bush was riding high) and historian Julian E. Zelizer (The Presidency of George W. Bush: A First Historical Assessment, published in 2010 when Bush’s political standing was much lower).