By the Book: James Garfield

By the Book: James Garfield 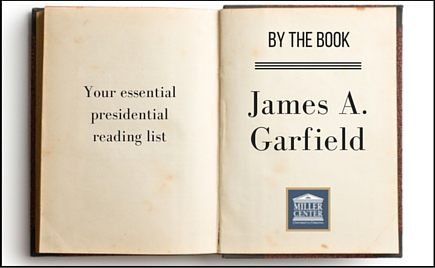 In remembrance of President James Garfield getting fatally shot this month in 1881, we look at Garfield’s biographies.

Although almost forty years old, no has equaled the careful study done by Allan Peskin in his book Garfield.

However, recent work has emerged. Ira Rutkow’s James A. Garfield presents a concise and well-written account. In his book called James Garfield and the Civil War, Daniel Vermilya has produced an authoritative book on the often overlooked, but crucial part of Garfield’s life.

It wasn’t just being shot that made the Garfield’s life so tragic. It was the fact that doctors ultimately killed him by probing the wound with unsterile instruments and hands trying to find the bullet. Candace Millard’s Destiny of the Republic: A Tale of Madness, Medicine and the Murder of a President is one of the best to explore this issue. She argues that it was his long-suffering that brought the country together. The defense team for assassin Charles Guiteau used the insanity plea, and this gets thorough treatment in Charles E. Rosenberg’s The Trial of the Assassin Guiteau: Psychiatry and the Law in the Gilded Age.

A good book to peek into Garfield’s personal world is Crete and James: Personal Letters of Lucretia and James Garfield, edited by John Shaw.