Donald Trump’s presidency offers an extraordinary opportunity to advance the paralyzed national discourse on race in America, and our new chief executive can validate his campaign claims to be a racially tolerant figure working for the success of all Americans—without alienating his core supporters.

To millions of citizens, that will sound like an astounding assertion. Many Americans concerned about racial issues, immigration, and discrimination regarded Trump’s election as a bleak setback, reversing 50 years of racial progress since the era of the civil rights movement.

Last November, Trump received negligible support from African American voters, who recoiled at revelations of racial discrimination by his family’s New York real estate company in the 1970s, a history of coarse public comments about African Americans, caustic statements during the campaign about Mexican immigrants and Muslims, and political endorsements from white supremacist organizations and their leaders.

Indeed, Trump’s candidacy triggered more worry and commentary about his racial attitudes than any significant presidential aspirant since segregationist Alabama Governor George Wallace won five southern states in the 1968 general election. President Trump’s early executive orders accelerating construction of a wall at the Mexican border and blocking entry to the U.S. of many Muslims only appeared to confirm the worst fears of many who did not support him.

Nonetheless, as unlikely as it may appear to his critics, President Trump is uniquely positioned to lead an epochal transformation—by bridging the historic political and economic divide between African Americans and other minority groups and his core working-class, rural white supporters. In doing so, he could become the engineer of one of the most important turning points in American race relations and reopen for the first time in a generation the possibility of more significant levels of African American political support for Republicans.

Presidents overwhelmingly made domestic stability for the majority white population a far higher priority than ensuring civil rights or equal opportunity for nonwhites.

American presidents historically have had limited power over the policies that affected race and discrimination, and rarely did they use their direct influence in ways that were helpful to African Americans. For nearly 200 years, our presidents overwhelmingly made domestic stability for the majority white population a far higher priority than ensuring civil rights or equal opportunity for nonwhites.

This essay is part of the First Year Project 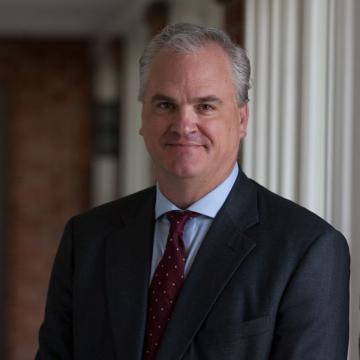 Douglas A. Blackmon is the Pulitzer Prize–winning author of Slavery by Another Name: The Re-Enslavement of Black Americans from the Civil War to World War II and coexecutive producer of the acclaimed Public Broadcasting Service documentary of the same name. He is also a senior fellow at the Miller Center and executive producer and host of American Forum, the Center's weekly public affairs program aired on more than 100 public television affiliates across the U.S. Previously, Blackmon worked at the Washington Post and was the longtime chief of the Wall Street Journal’s Atlanta bureau and the paper’s senior national correspondent. Blackmon has written extensively over the past 25 years about the American quandary of race—exploring the integration of schools during his childhood in a Mississippi Delta farm town, lost episodes of the civil rights movement, and, repeatedly, the dilemma of how a contemporary society should grapple with a troubled past.