“It’s an honor for me to welcome these new faculty senior fellows to the Miller Center," said William Antholis, Director and CEO. “With their expertise in a variety of fields, they add depth and breadth to our team and will contribute immeasurably to the Center’s study of the American presidency and public policy, and our efforts to help UVA lead in research, teaching and active engagement in our democracy.”

Those activities include the partnership with the College of Arts and Sciences on its Democracy Initiative and the designing and building of a new UVA Institute of Democracy in collaboration with the full range of schools and centers of the University.

Nominations for prospective Miller Center senior fellows are reviewed by a Fellows Appointment and Review Committee, which makes recommendations to the director of the Miller Center. The same process applies to renewals and reappointments of fellows following the completion of a term. 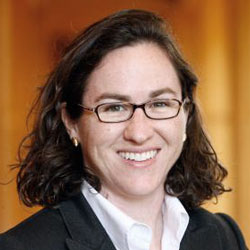 Ashley Deeks joined the UVA School of Law in 2012 as an associate professor of law after two years as an academic fellow at Columbia Law School. Her primary research and teaching interests are in the areas of international law, national security, intelligence, and the laws of war. She has written articles on the use of force, executive power, secret treaties, the intersection of national security and international law, and the laws of armed conflict. She is a member of the State Department’s Advisory Committee on International Law and serves as a senior contributor to the Lawfare blog. Deeks also serves on the boards of editors of the American Journal of International Law and the Journal of National Security Law and Policy. She is the supervising editor for AJIL Unbound, and is a senior fellow at the Lieber Institute for Law and Land Warfare.

Before joining Columbia in 2010, she served as the assistant legal adviser for political-military affairs in the U.S. State Department’s Office of the Legal Advisor, where she worked on issues related to the law of armed conflict, the use of force, conventional weapons, and the legal framework for the conflict with al-Qaida. She also provided advice on intelligence issues. In previous positions at the State Department, Deeks advised on international law enforcement, extradition, and diplomatic property questions. In 2005, she served as the embassy legal advisor at the U.S. embassy in Baghdad during Iraq’s constitutional negotiations. Deeks was a 2007–08 Council on Foreign Relations international affairs fellow and a visiting fellow in residence at the Center for Strategic and International Studies.

Deeks received her J.D. with honors from the University of Chicago Law School, where she was elected to the Order of the Coif and served as comment editor on the Law Review. After graduation, she clerked for Judge Edward R. Becker of the U.S. Court of Appeals for the Third Circuit. 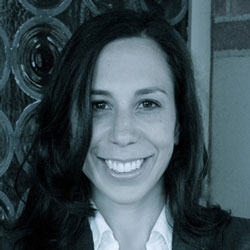 Aynne Kokas is an assistant professor of media studies at the University of Virginia. Kokas’ research examines Sino-U.S. media and technology relations. Her book Hollywood Made in China (University of California Press, 2017) argues that Chinese investment and regulations have transformed the U.S. commercial media industry, most prominently in the case of media conglomerates’ leverage of global commercial brands. Her project at the Wilson Center, Border Control on the Digital Frontier: China, the United States, and the Global Battle for Data Security, examines the cybersecurity policy implications of the Sino-U.S. data trade. She is a non-resident scholar at Rice University’s Baker Institute of Public Policy, a term member of the Council on Foreign Relations, and a fellow in the National Committee on United States-China Relations’ Public Intellectuals Program. Her writing and commentary appear regularly in media outlets including the BBC, CNBC, NPR’s Marketplace, the Washington Post, and Wired. 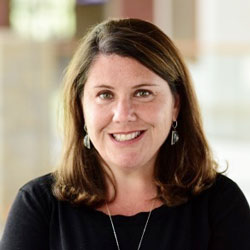 Jennifer L. Lawless is the Commonwealth Professor of Politics at the University of Virginia. Prior to joining the UVA faculty, she was a professor of government at American University and the director of the Women & Politics Institute. Before that, she was an assistant and then associate professor at Brown.

Lawless’s research focuses on political ambition, campaigns and elections, and media and politics. She is the author or co-author of six books, including Women on the Run: Gender, Media, and Political Campaigns in a Polarized Era (with Danny Hayes) and It Still Takes a Candidate: Why Women Don’t Run for Office (with Richard L. Fox). Her research, which has been supported by the National Science Foundation, has appeared in numerous academic journals and is regularly cited in the popular press.

She is an editor of the American Journal of Political Science and holds an appointment as a non-resident senior fellow at the Brookings Institution. Jen graduated from Union College with a B.A. in political science, and from Stanford University with an M.A. and Ph.D. in political science. In 2006, she sought the Democratic nomination for the U.S. House of Representatives in Rhode Island’s second congressional district. Although she lost the race, she remains an obsessive political junkie 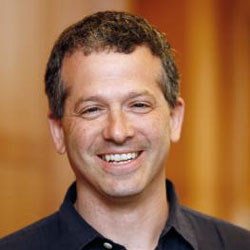 Rich Schragger joined the Virginia faculty in 2001 and was named the Perre Bowen Professor in 2013. His scholarship focuses on the intersection of constitutional law and local government law, federalism, urban policy, and the constitutional and economic status of cities. He also writes about law and religion. He has authored articles on the Establishment and Free Exercise clauses, the role of cities in a federal system, local recognition of same-sex marriage, takings law and economic development, and the history of the anti-chain store movement. Schragger has published in the Harvard, Yale, Chicago, Virginia, and Michigan law reviews, among others. He teaches property, local government law, urban law and policy, and church and state.

Schragger has been a visiting professor at Quinnipiac University, Georgetown University, NYU, the University of Chicago, and Tel Aviv University. He was the Samuel Rubin Visiting Professor at Columbia. He is the author of City Power: Urban Governance in a Global Age (Oxford University Press, 2016). 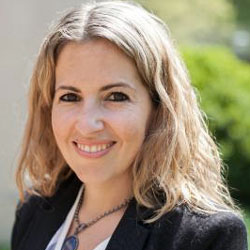 In 2017, Versteeg was named an Andrew Carnegie Fellow, which provided her with a $200,000 award to expand her research into the world's constitutions to better understand how constitutional rights are enforced in different countries.

Versteeg earned her B.A. in public administration and first law degree from Tilburg University in the Netherlands in 2006. She earned her LL.M. from Harvard Law School in 2007 and a D.Phil. in socio-legal studies in 2011 from the University of Oxford, where she was a Gregory Kulkes Scholar at Balliol College and recipient of an Arts and the Humanities Research Council Award.

What is a senior fellow?

The Miller Center has both faculty and practitioner senior fellows