The naval war for Ukraine

The naval war for Ukraine

The naval war for Ukraine has received relatively little attention in the open press. Exceptions include the now-debunked story on the Snake Island Defenders and occasional reports of Russian ships shelling the Black Sea coast. The lion’s share of analysis focuses on the Russian Army’s stalled campaign in northern Ukraine. This likely reflects two factors: the greater risk for western journalists who might otherwise choose to work in the country’s eastern region and the apparent desire of the mainstream media to highlight good news and human rights violations rather than Ukrainian military losses.

The lack of naval-focused media coverage results from the greater difficulty of providing news coverage at sea and the relative lack of hopeful news about the Ukrainian Navy. Identifying and tracking Russian warships at sea is a challenging assignment. TikTok and Twitter do not have the same reach off the coast of Crimea as they do in Kyiv. Lack of coverage, however, does not mean a lack of importance. Just as the scale of the land war aspect has exceeded early expectations, so too has the naval front.

The lack of naval-focused media coverage results from the greater difficulty of providing news coverage at sea and the relative lack of hopeful news about the Ukrainian Navy.

In an operation reminiscent of Russia’s deployment of its Black Sea Fleet to the Far East during the Russo-Japanese War, warships from all four of Russia’s geographic fleets converged on the Eastern Mediterranean and the Black Sea in late January 2022. They likely did so to execute the traditional naval roles of power projection and sea control. The Russian Navy’s critical tasks supporting Putin’s strategic objectives include resupply of ground troops, precision fires to support military operations in littoral locations and deep within Ukraine, and maintaining sea control of the maritime passage of all concerned parties.

Before hostilities began, the Russian Federation Navy assembled two powerful naval task forces in the Black Sea and the Mediterranean. Russia bolstered its Black Sea Fleet with six Landing Ship Tanks (LSTs) from the Northern and Baltic Sea Fleets while positioning its most powerful surface combatants in the Eastern Mediterranean. In keeping with the Russian doctrine of deterrence by defense, the Russian task force in the Mediterranean continues to deter the NATO Standing Maritime Group’s assurance operations by holding allied ships at risk, protecting Russia’s access to its Syrian bases, and discouraging intervention.

The Black Sea is the primary naval theater of the war, with the Russians exercising effective sea control over the Northern Black Sea. The Russian Navy has effectively blockaded all Ukrainian ports and controls the entire Sea of Azov coastline, except for Mariupol. Closing these ports complicates Ukrainian resupply and potential evacuation efforts for civilians fleeing the advancing Russian army. Anticipating the worst, the Ukrainian Navy scuttled its flagship frigate, the Hetman Sahaidachny, to keep it out of Russian hands.

The risk of inadvertent escalation was highest in the Black Sea during the opening stages of the war. The Russian Navy damaged or sank Romanian, Panamanian, Estonian, and Bangladeshi ships at anchor and underway. Notably, attacks on neutral shipping contributed to United States’ entry into World War I when a German submarine sank the Lusitania, a British passenger liner. Estonia is a NATO member, so the sinking of its freighter was an exceptionally provocative act and demonstrated the risks of unintended escalation.

In contrast to the Russian army’s poor execution in northern Ukraine, the Russian Navy performed adequately in the first weeks of the war.

As the war has progressed, Russia established an effective blockade of the Ukrainian Black Sea coast and declared Notice to Mariners (NOTAMs) for the majority of the Northern Black Sea. The Joint Negotiating Group, representing global shipowners, designated the northern half of the Black Sea and the entire Sea of Azov as “Warlike Operations Areas.” These designations carry serious insurance implications. The risk of escalation in the Black Sea has significantly diminished in the weeks following Russia’s initial naval operations as commercial traffic shifted to alternative ports. This shift has increased transit times and costs and contributes to the rising pressure on already strained global supply chains.

Other states are engaged in the naval dimension of the war as well. For example, Turkey, a NATO member, implemented a partial closure of the Bosporus Straits. This mile-wide strait provides the sole connection between the Black Sea and the Mediterranean and the world’s oceans. The Turks did so in accordance with the 1936 Montreux Convention, thereby restricting the passage of Ukrainian and Russian warships into the Black Sea and effectively trapping Russian naval units.

In contrast to the Russian army’s poor execution in northern Ukraine, the Russian Navy performed adequately in the first weeks of the war. These operations included clearing merchant ships from the Ukrainian Black Sea coast, supporting troops ashore with precision strikes from SS-N-30 Kalibr land-attack cruise missiles and naval gunfire, and providing resupply to Russian ground forces advancing along the Sea of Azov coast toward Mariupol. The Russian Navy likely conducted several amphibious feints in the direction of Odessa in conjunction with ground assaults against the southern Ukrainian city of Mykolaiv. If that is what they were, these feints likely complicated Ukrainian defense planning.

While the circumstances are murky, Russia lost an Alligator Class LST while pier-side in occupied Berdyansk, Ukraine, possibly to a Ukrainian short-range ballistic missile strike. A streaming webcam at the Berdyansk port recorded two additional Russian Ropucha class LSTs on fire and possibly damaged, leaving the port following the strike. Pending confirmation, the sinking of this ship by the Ukrainian military represents a historic use of a ballistic missile against a naval target. The immediate effect may be denying Russia access to its only secured port on the Ukrainian coast of the Sea of Azov, further disrupting an already strained logistics system. The longer-term impact will be heightened concerns about U.S. Naval vulnerability to high-speed ballistic missiles worldwide.

The most significant risk of escalation remains in the eastern Mediterranean, where Russia has concentrated its most potent surface combatants and advanced diesel-electric submarines. Thousands of merchant vessels transit the area, with dozens of Russian and NATO warships operating in proximity. 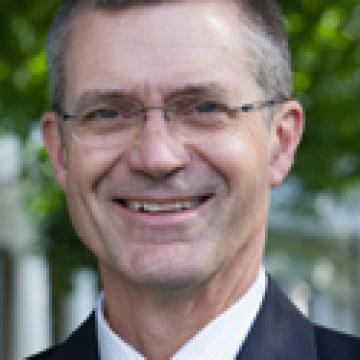 A Miller Center faculty senior fellow, Allan Stam is professor of public policy and politics and former dean of the Frank Batten School of Leadership and Public Policy at the University of Virginia. Previously, he was director of the International Policy Center at the Gerald R. Ford School of Public Policy and professor of political science and senior research scientist at the University of Michigan’s Institute for Social Research. Among other books, he is the author of The Behavioral Origins of War (University of Michigan Press, 2004) and Why Leaders Fight (Cambridge University Press, 2015).

Andrew Bennett is a fourth-year student at the University of Virginia and Petty Officer First Class in the U.S. Navy.