Attorney General Eric H. Holder disclosed a dramatic new effort shorten the prison sentences of thousands of federal prisoners who received draconian sentences at the height of the drug war, regulatory changes to accommodate the new legalization of marijuana sales in Colorado and Washington state, the TSA controversy and Edward Snowden, partisan politics, civil rights, and race in America.

Eric H. Holder was sworn in as the 82nd attorney general of the United States on February 3, 2009 by Vice President Joe Biden. In 1997, Holder was named by President Clinton to be the deputy attorney general, the first African-American named to that post. Prior to that, he served as U.S. attorney for the District of Columbia. In 1988, Holder was nominated by President Reagan to become an associate judge of the Superior Court of the District of Columbia. While in law school, he clerked at the N.A.A.C.P. the Legal Defense Fund, and the Department of Justice's Criminal Division. Upon graduating, he moved to Washington and joined the Department of Justice as part of the Attorney General's Honors Program. He was assigned to the newly formed Public Integrity Section in 1976 and was tasked to investigate and prosecute official corruption on the local, state, and federal levels. Prior to becoming Attorney General, Holder was a litigation partner at Covington & Burling LLP in Washington. 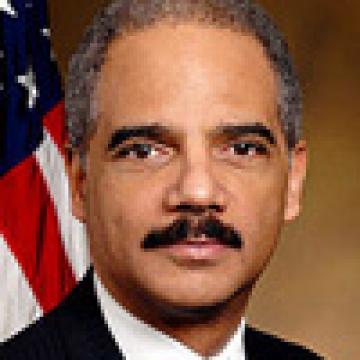