Time for a reset? U.S.-China relations during the Biden administration

Time for a reset? U.S.-China relations during the Biden administration

The Miller Center is pleased to join the Center for American Studies at Fudan University in Shanghai to produce this forum. This is a hybrid event, with a live audience at Fudan University and a virtual audience in the United States and around the world. It will be recorded and available for later viewing on YouTube and on this event page.

This program is co-sponsored by UVA Global and the UVA Center for Politics.

Have major recent developments in China and the United States raised the possibility that the U.S.-China relationship, which has become increasingly strained over the last 10 years, might now move in new and more positive directions?

The first panel discusses the November 2020 elections in the United States, providing an analysis of the election campaigns, the electoral process, the outcomes of the elections, and the transition from the Trump Administration to the Biden Administration. It will then examine the Fifth Plenum of the Chinese Communist Party’s Central Committee in October, which discussed the foreign and domestic economic policies underlying China’s new five-year plan that will begin in 2021.

The second panel analyzes the implications of these events for Chinese policy toward the U.S. and American policy toward China, assessing the prospects for both change and continuity.

Panel I: Domestic Politics in the U.S. and China

Online webinar, with a live audience at Fudan University in Shanghai and a virtual audience elsewhere 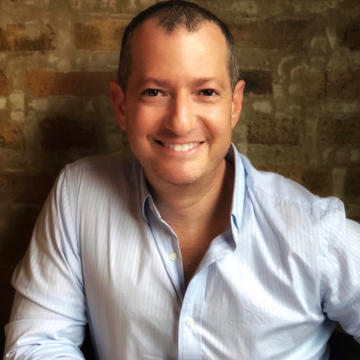 Evan A. Feigenbaum, the 2019–20 James R. Schlesinger Distinguished Professor at the Miller Center, is vice president for studies at the Carnegie Endowment for International Peace, where he oversees Carnegie’s research in Washington, Beijing, and New Delhi on a dynamic region encompassing both East Asia and South Asia. He served at the U.S. State Department as deputy assistant secretary of state for South Asia (2007–09), deputy assistant secretary of state for Central Asia (2006–07), member of the policy planning staff with principal responsibility for East Asia and the Pacific (2001–06), and an advisor on China to Deputy Secretary of State Robert B. Zoellick, with whom he worked closely in the development of the U.S.-China senior dialogue. 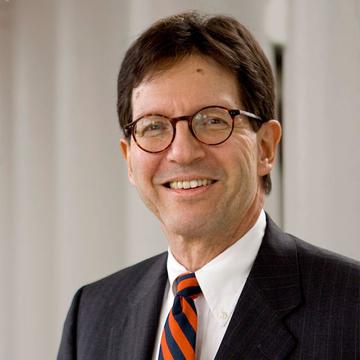 Harry Harding, a Miller Center faculty senior fellow, is a specialist on Asia and U.S.-Asian relations. His major publications include Organizing China: The Problem of Bureaucracy, 1949-1966; China’s Second Revolution: Reform after Mao; A Fragile Relationship: The United States and China since 1972; and a chapter on the Cultural Revolution in the Cambridge History of China. Currently a University Professor and professor of public policy, Harding is also adjunct chair professor in the College of Social Science at National Chengchi University in Taipei, where he holds a Yushan Scholarship, the highest honor awarded by Taiwan’s Ministry of Education. Harding served as the founding dean of UVA’s Frank Batten School of Leadership and Public Policy from 2009–14. 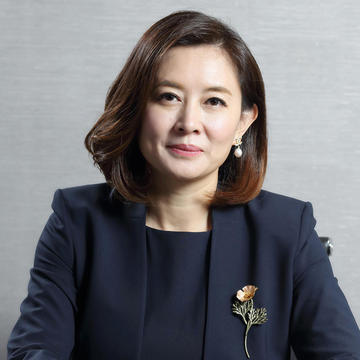 Syaru Shirley Lin, Compton Visiting Professor in World Politics at the Miller Center and a Nonresident Senior Fellow in the Foreign Policy Program at the Brookings Institution, teaches at the Chinese University of Hong Kong, Tsinghua University in Beijing, and National Chengchi University in Taipei. Her book, Taiwan’s China Dilemma, on the impact of the evolution of Taiwanese national identity on cross-Strait economic policy, was published by Stanford University Press in 2016 and in Chinese in 2019. Lin is currently working on the challenges facing high-income societies in East Asia. Her commentaries frequently appear in both English and Chinese media. Previously, she was a partner at Goldman Sachs, where she led the firm’s private equity and venture capital efforts in Asia. 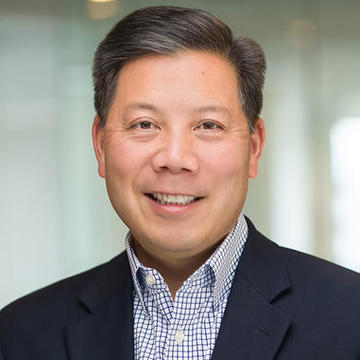 Over the course of a 20-year career in public service, Chris Lu, the Miller Center's Teresa A. Sullivan Practitioner Senior Fellow, worked in all three branches of the federal government, including seven years in the Obama administration. From 2014–17, Lu was the deputy secretary of labor, having been confirmed unanimously by the U.S. Senate. From 2009–13, Lu was the White House cabinet secretary and assistant to the president, serving as the president’s primary liaison to the federal agencies. At the end of the first term, Obama said: “Through his dedication and tireless efforts, Chris has overseen one of the most stable and effective cabinets in history—a cabinet that has produced extraordinary accomplishments over the past four years.” 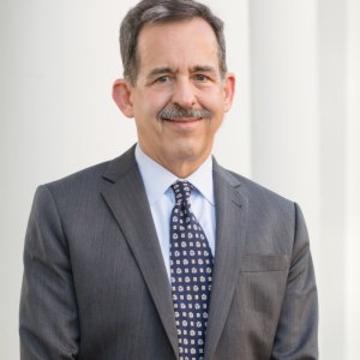 Stephen D. Mull is vice provost for global affairs at the University of Virginia. He has served in a broad range of U.S. national security positions, most recently as acting under secretary for political affairs at the U.S. Department of State, working as the day-to-day manager of overall regional and bilateral policy issues, and overseeing the bureaus for Africa, East Asia and the Pacific, Europe and Eurasia, the Near East, South and Central Asia, the Western Hemisphere, and International Organizations. He served as lead coordinator for Iran Nuclear Implementation from August 2015 until August 2017 and was the U.S. ambassador to the Republic of Poland and the Republic of Lithuania. He has been both executive secretary of the State Department and the senior advisor to under secretary of state for political affairs. He has also recently served as resident senior fellow at Georgetown University's Institute for the Study of Diplomacy. 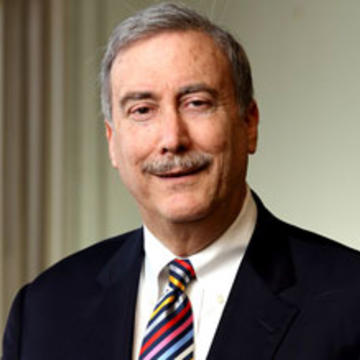 Larry J. Sabato is a New York Times best-selling author, has won three Emmys, and is recognized as one of the nation’s most respected political analysts. He appears multiple times a week on national and international TV, including FOX, CNN, MSNBC, and CNN International. A Rhodes Scholar, Sabato is the founder and director of the University of Virginia’s Center for Politics and has had visiting appointments at Oxford and Cambridge universities in England. Sabato is the author or editor of two dozen books on American politics. He has taught more than 20,000 students in his 40-year career, and the University of Virginia has given him its highest honor, The Thomas Jefferson Award. Sabato is the editor and lead author of the recent book, TRUMPED, which explores the 2016 election and its shocking outcome. Professor Sabato heads up Sabato’s Crystal Ball, which The Pew Charitable Trust recognized as the #1 leader in the field of political prediction and The Daily Beast designated it as one of the top political sites on the web. 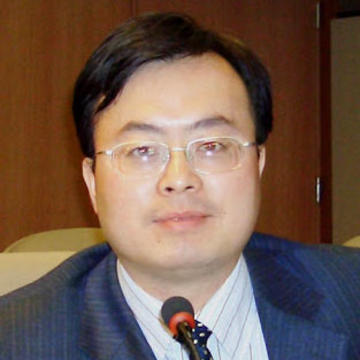 Song Guoyou is a professor and deputy director of the Center for American Studies, executive director of Asia-Pacific Cooperation and Governance Research Center, a Shanghai University think tank, and director of Economic Diplomacy Studies Center of Fudan University. He is one of the members of advisory committee for China’s Ministry of Commerce. His research covers Chinese economic diplomacy, Sino-U.S. relations, and international political economy. He also concurrently holds the posts of senior research fellow of international economics and Finance Institute of Ministry of Finance, member of the standing committee of China National Committee for Pacific Economic Cooperation Council (PECC), and vice president of National Economic Diplomacy Research Association. 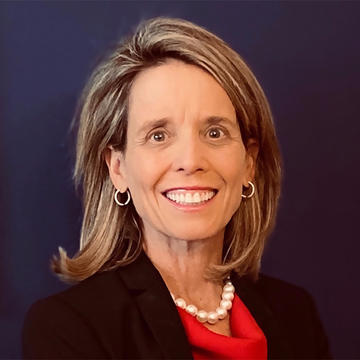 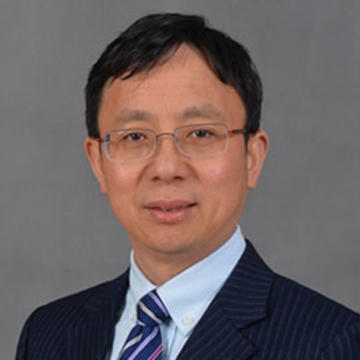 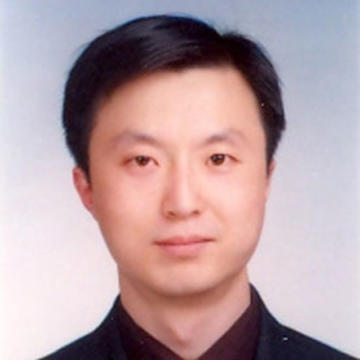 Xin Qiang is professor and deputy director of the Center for American Studies, and founding Director of the Center for Taiwan Studies at Fudan University. He teaches and studies Taiwan issue, China-U.S. relations and maritime security issues. Dr. Xin has written extensively and published numerous award-winning books and articles in the United States, Japan, South Korea, and China (Mainland, Hong Kong, and Taiwan), including Interpreting U.S. Taiwan Policymaking: Perspective of Congress (Shanghai People's Press, 2010) and “Semi-Self-Contained” Congress: Models of U.S. Congress Diplomacy (Fudan University Press, 2005). He pursued one-year visiting scholarships respectively at Harvard University, Johns Hopkins University, and American University, and worked in the House of Representative of the U.S. Congress from November 2001 to May 2002.

This event is part of a broader partnership between Fudan and UVA that has been developed in recent years to provide new opportunities for students and faculty from both universities. Fudan would have been the site of the “Shanghai First” program for incoming first-year UVA students in Fall 2020, as part of UVA’s “Global First” initiative to enable incoming first-year students to gain an international experience early in their course of study and, at the same time, fulfill some of UVA’s general education requirements. Just as all the “Global First” programs were suspended because of the pandemic, so too were first-year students from China prevented from coming to UVA to begin their studies this fall. 61 of these students are now at Fudan, taking UVA courses online and Fudan courses in person, together with 14 continuing students from UVA. They will be invited to attend the forum in person, and audiences in the United States, and around the world will be able to attend virtually in real time. The program will also be available for later viewing on the websites of both the Miller Center and the Center for American Studies.