Join us as we discuss and celebrate the release of the new podcast "A12."

In the podcast, Nicole Hemmer explores the deadly events of August 11 and 12, 2017, in Charlottesville, including why the alt-right descended on the town and how the city has grappled with the aftermath. The six-episode series will be released on August 6, 2018, days before the one-year anniversary of one of the most disturbing incidents in local history. "A12" will include the voices of city leaders, activists, scholars, and witnesses in an attempt to understand what happened and the consequences for the city and the nation. As a leading expert on the alt-right, a resident of Charlottesville, and a witness to the violence, Hemmer is ideally suited to tackle the issue. She also brings extensive experience as a scholar, journalist, and podcaster.

During this release event, Hemmer will discuss what she discovered in making the podcast, play key excerpts from it, and take questions from the audience. 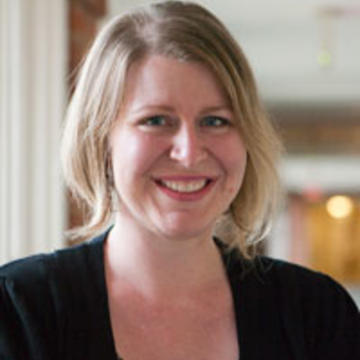