When Kamala Harris became vice president of the United States on January 20, 2021, she embodied many “firsts”: she was the first woman, the first Black, and the first South Asian American to be vice president. As she noted in her acceptance speech during the Democratic National Convention in August 2020, “While I may be the first woman in this office, I won’t be the last,” she vowed. “Because every little girl watching tonight sees that this is a country of possibilities.”

Kamala Devi Harris was born in Oakland, California, on October 24, 1964, to a Jamaican father and an Indian mother. Her father, Donald J. Harris, came to the United States from Jamaica, in 1961 and earned a PhD in economics from the University of California at Berkeley in 1966. He is a professor emeritus of economics at Stanford University. Harris’s mother, Shyamala Gopalan, left Tamil Nadu, India, in 1958 at age 19 for graduate studies in nutrition and endocrinology at U.C. Berkeley, earning her PhD in 1964. Gopalan, a breast cancer researcher, died in 2009. Harris’s parents were married in 1963 and divorced in 1971. Harris’s sister, a lawyer, was born in 1967.

Harris married Douglas Emhoff, a white, Jewish lawyer, in 2014, and she is stepmother to his two children, Cole and Ella. With the victory of the Biden-Harris ticket in 2020, Emhoff became the first second gentleman.

Harris studied political science and economics at Howard University, a historically Black college in Washington, DC, graduating in 1986. At Howard, she majored in economics and political science and was a member of the Alpha Kappa Alpha sorority, one of the oldest historically African American sororities. She earned her J.D. from the University of California, Hastings College of the Law in 1989 and became deputy district attorney in Alameda County in 1990. She then moved to the San Francisco district attorney’s office and afterward served in the office of the city attorney of San Francisco as a prosecutor focusing on child sexual assault cases. In 2003, she was elected district attorney of San Francisco. In 2010, Harris won election as California attorney general, becoming the first Black and the first Asian American in the job, serving until 2017.

Through her career, Harris sought to balance criminal justice reform with enforcement of the law. She opposes the death penalty, and in 2004 as district attorney of San Francisco, she refused to seek such punishment against a man who killed a police officer. But as attorney general, she pledged to enforce the death penalty. In 2014, she appealed a federal judge’s ruling that the death penalty was unconstitutional; the judge argued that the long delays that death row inmates faced amounted to cruel or unusual punishment that the Constitution prohibits. Seeking to portray herself as a progressive on criminal justice issues, Harris pointed to her introduction of racial bias training for police officers. But she also faced criticism because the attorney general’s office during her term argued against the release of a prisoner that the Innocence Project found innocent, arguing the petition came after a legal deadline. During the 2020 presidential election primaries, Harris noted that on some cases, attorneys in her office had not consulted her. “I wish they had,” she said.

In 2016, Harris was elected to the US Senate, becoming the second Black woman to serve in the chamber. As a senator, she was a reliable Democratic vote and broke with the majority of the caucus only on rare occasions. She, along with six other Democrats, voted against passage of a trade pact between the United States, Mexico and Canada that the Trump administration sought to replace the North America Free-Trade Agreement, arguing that the agreement did not adequately address climate change issues. Harris gained attention in the Senate for her prosecutorial questioning during hearings, notably the Supreme Court confirmation hearings for Justice Brett Kavanaugh.

Harris sought the 2020 Democratic presidential nomination, but her campaign never caught fire. In a debate in June 2019, she attracted attention when she drew on her own history of being bused to a school in an affluent, predominately white neighborhood to vigorously attack Joe Biden for his record on school integration. Biden, known for not holding a grudge, ignored Harris’s debate-stage shot and chose her to join the ticket. Her selection fulfilled Biden’s promise to select a woman running mate and signaled his commitment to diversity at the highest levels of government. Given Biden’s age, the selection of Harris also was nod toward the future, inclusive face of the Democratic Party. 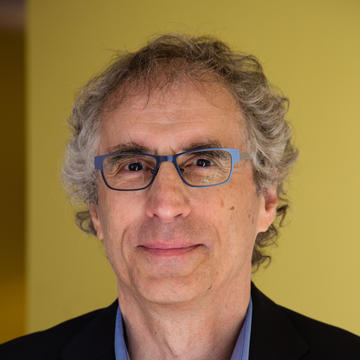