On Saturday, a new exhibit will open at Monticello, Thomas Jefferson’s home in Virginia, in a significant step toward telling the fuller truth of America’s national story. Visitors will find the life of Sally Hemings—Jefferson’s slave, his deceased wife’s half sister, and the mother of his “other” children—depicted in greater detail than ever before. As an African American, a woman and a Monticello trustee, I believe this project is vital for the country and for its democracy.

I grew up in Virginia, where Jefferson was always—and only—celebrated: author of the Declaration of Independence and of the Virginia Statute for Religious Freedom, designer of the state Capitol, and founder of the commonwealth’s flagship university. My high school, like so many others in the United States, bears his name. But we didn’t learn everything about Jefferson. Nothing was taught about Jefferson the plantation owner, who enslaved other human beings—including Hemings, who went unmentioned in our history books. Like millions of other students across the country, we were denied a full understanding of Jefferson. He was one-dimensional, without complexity and beyond criticism.

Decades later, much has changed, including what we know and publicly acknowledge about our third president. He was a champion of American democratic principles—liberty, tolerance, equality, and pluralism—yet he defied their meaning as the owner of men and women who looked like me. His first draft of the Declaration of Independence denounced slavery; he introduced legislation in Virginia to prohibit the importation of enslaved Africans; and he proposed a ban on slavery in the Northwest Territory. But Jefferson later fell publicly silent on the subject and ultimately owned 607 enslaved people during his lifetime, letting only a few go free when he died.

Some who visit Monticello choose to ignore those facts, while others wonder why it stands at all, given Jefferson’s life as a slave owner. My hope is that Americans and visitors from around the world will come to understand the past in a meaningful, unvarnished way, and will leave with a fresh appreciation of the need to protect human rights and democratic principles. That requires an honest accounting of the facts and recognition that Monticello has a responsibility to share them with every visitor. 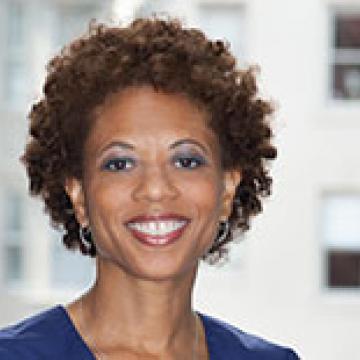 Barnes is a member of the Board of Trustees of the Thomas Jefferson Foundation and the Compton Visiting Professor in World Politics at the University of Virginia’s Miller Center. She served as director of the White House Domestic Policy Council from 2009 until 2012.