Joseph Robinette Biden was born on November 20, 1942, in Scranton, Pennsylvania. Faced with difficult financial circumstances, his family moved to Delaware when he was ten years old. After graduating from high school, Biden earned degrees from the University of Delaware and the Syracuse University College of Law, where he met and married Neilia Hunter. He began practicing law in Wilmington, Delaware, in 1969, and he and Neilia had three children in quick succession: Joseph R. "Beau" Biden III (1969), Robert Hunter Biden (1970), and Naomi Christina (1971).

Running as a liberal Democrat, Biden was elected to the New Castle County Council in 1970. In 1972, at age twenty-nine, he won the Democratic nomination to challenge Republican US Senator J. Caleb Boggs's bid for reelection when more prominent Democrats, convinced that the two-term incumbent was unbeatable, declined to run. Biden was elected, winning by about 3,000 votes. Shortly after the election, Neilia and Naomi Biden were killed in a car accident, and Beau and Hunter were severely injured. Biden was sworn in as a senator from the boys' hospital bedside. While they recovered, he began commuting every day by train from Wilmington to Washington, DC, a practice that he maintained throughout his thirty-seven-year career in the Senate. In 1977, Biden married Jill Tracy Jacobs. Their daughter, Ashley Blazer, was born in 1981.

Biden's entry into the Senate at age thirty, the constitutional minimum, and his six reelections from 1978 to 2008 enabled him to accumulate considerable seniority in the chamber. From 1987 to 1995, he was chair of the Senate Judiciary Committee, leading the fight against conservative Supreme Court nominees Robert Bork in 1987 (successfully) and Clarence Thomas in 1990 (unsuccessfully). From 2001 to 2003 and again from 2007 to 2009, Biden chaired the Senate Foreign Relations Committee. He voted not to authorize the Gulf War in 1991 but voted for authorization of the war in Iraq in 2002.

Biden's candidacy for the 1988 Democratic presidential nomination foundered when he plagiarized an autobiographical speech by British Labor Party leader Neal Kinnock and evidence came to light about an earlier plagiarism incident while he was in law school. Biden also lied about his academic record in college and law school in a New Hampshire campaign appearance. He withdrew from the race on September 23, 1987, three months after entering it.

Twenty years later, Biden sought the 2008 presidential nomination, running on his record of experience in the Senate. He withdrew after finishing fifth in the Iowa caucuses with less than 1 percent of the vote. On August 22, 2008, presidential candidate Barack Obama announced that he had chosen Biden as his vice-presidential running mate. Biden shored up two of Obama's political weaknesses by bringing deep foreign policy experience and popularity among white working class voters to the ticket. According to the Election Day exit polls, 66 percent of voters said that Biden was qualified to become president if necessary, compared with only 38 percent who said that about his Republican opponent, Governor Sarah T. Palin of Alaska. Running simultaneously for vice president and senator in 2008, Biden was also reelected to the Senate, but he resigned about six weeks after he and Obama won the presidential election.

As vice president, Biden complemented Obama in several ways. Obama was cool and analytical in manner; Biden was warm and effusive. Obama was a relative newcomer in Washington; Biden was a long-time veteran who knew his way around. Obama benefited from Biden's long experience with foreign policy, which the new president lacked. Most important, Vice President Biden subordinated his own ambitions to loyally serve Obama. He gave frank advice to Obama on a wide range of issues, but accepted and defended whatever the president decided. For example, during Obama's extended deliberation during the fall of 2009 about what to do in Afghanistan, Biden was a strong advocate for sending fewer troops than the military wanted and assigning them a more limited mission. Although Obama accepted the military's recommendation, he also insisted that troop withdrawals begin in less than two years, in part due to Biden's influence.

As the president's trust and respect for Biden grew, Obama delegated more responsibility to him. In foreign affairs, President Obama assigned the vice president responsibility for winding down the war in Iraq, as well as undertaking numerous diplomatic missions. In domestic policy, Obama charged Biden to oversee the implementation of the American Recovery and Reinvestment Act to ensure that money was not wasted. During the post-midterm election lame duck session of Congress in 2010, Biden brokered the compromise with Republican leaders that led to the extension of George W. Bush era tax cuts as well as unemployment benefits for the long-term jobless.

Biden continued to play an important role in the Obama White House through the end of the first term. On occasion his influence over the president became public. On May 6, 2012, for example, Biden endorsed same-sex marriage, a position toward which the president was moving but that he had not yet embraced publicly. Three days after the vice president spoke out, however, Obama added his own support to the cause.

Biden's renomination for a second term as vice president was never in doubt. His greatest contribution to the reelection campaign came on October 11, 2012, in the vice presidential debate, which took place five days after Obama's damagingly weak performance in his first debate with the Republican presidential nominee Mitt Romney. When Biden held his own against his younger, more attractive opponent, Representative Paul Ryan of Wisconsin, Democratic spirits rose. The Obama-Biden ticket was reelected.

On December 14, 2012, a mass slaying of schoolchildren, teachers, and staff members took place at Sandy Hook Elementary School in Newtown, Connecticut. The tragedy evoked a now-familiar response from President Obama. He named Vice President Biden to fast-track the development of legislative proposals on the subject of gun control. However, Congress did not enact any of them. More successful were Biden’s continuing efforts to function as a behind-the-scenes go-between on fiscal negotiations with Republican leaders in Congress, where his 36 years of experience as a senator made him a trusted figure.

As the 2016 presidential election neared, Biden gave rise to speculation that he might seek his party’s nomination because he delayed ruling out another run for president. Although Biden would turn 74 two weeks after that election, which would have made him the oldest person ever elected president, he did not announce that he would not to run until October 21, 2015. Obama quietly urged Biden to stay out of the race, thinking that Biden would lose against Democratic rival Hillary Clinton and not wanting to divide the support of those within the party who wished to see the administration’s policies continue. Instead Obama urged Biden to concentrate his remaining months as vice president on the federal War on Cancer that the president announced in his 2016 State of the Union address and publicly named Biden to lead. Cancer had become a particular concern of Biden’s since his son Beau died of brain cancer in May 2015.

Perhaps no vice president in history has remained as close to and trusted by the president as Biden was for all eight years of his tenure. Obama paid tribute to Biden in his presidential farewell address on January 11, 2017, as “a great vice president” and “a brother” and then awarded the vice president the Presidential Medal of Freedom the next day. Shortly after leaving office, Joe and Jill Biden announced the creation of the Biden Foundation, a charitable organization with a varied agenda that included fighting cancer, preventing sexual assault, and supporting military families. 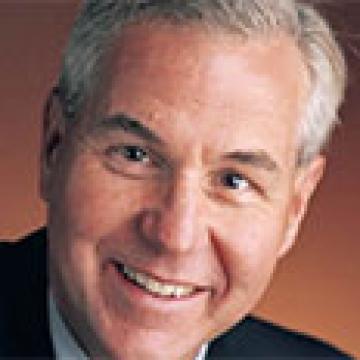