Martha Washington during the Revolutionary War

On June 15, 1775, the Continental Congress unanimously selected George Washington to be commander in chief of the newly formed Continental Army. The 43-year-old Virginian had military experience from the French and Indian War and possessed the confidence of a seasoned leader. But, as George expressed to his stepson John Parke "Jacky" Custis in a June 19 letter, he was apprehensive about accepting the position: "My great concern upon this occasion, is the thoughts of leaving your Mother under the uneasiness which I know this affair will throw her into." Washington then asked Jacky to take care of Martha while he was away.

At first glance, George's worries appear warranted. Martha, now 44 years of age, had already lost her first husband, Daniel Parke Custis, and three of their four children: Daniel Jr., Frances, and Patsy. And having never travelled outside of the colony of Virginia, she would be isolated while she managed the large estate of Mount Vernon with her husband off at war. George described his concerns in a letter to his brother John Augustine, "I shall hope that my Friends will visit, & endeavour to keep up the Spirits of my Wife as much as they can, as my departure will, I know, be a cutting stroke upon her." Martha, however, was resilient. Her experience of managing the Custis estate as a young widow had prepared her for the challenges ahead. That strength would not only get her through an eight-year war, but would prove her to be the General's most valuable ally.

Before 1775 came to a close, George asked Martha to join him at the first winter camp of the Revolutionary War.  Travelling with her son Jacky and his wife Nelly, Martha braved winter weather, poorly constructed roads, and the risk of capture by British patrols to arrive at her husband's headquarters in Cambridge, Mass., on Dec. 11. Martha would continue the tradition for each of the eight winter encampments until the end of the conflict in 1783. In total, for roughly half of the Revolutionary War, Martha was either with her husband at camp or staying at a location near him.

At that first encampment, Martha did not encounter an army brimming with discipline and organization.  In August, General Washington complained to Lund Washington, his cousin and manager of Mount Vernon, that his officers were "the most indifferent kind of People I ever saw." Several had already been reprimanded for cowardice and theft. And so, despite believing the enlisted men to be potentially effective fighters, he also found them "an exceeding dirty & nasty people." A few weeks after her arrival, Martha noted in a letter to Elizabeth Ramsay that "some days we have a number of cannon and shells from Boston and Bunkers Hill, but it does not seem to surprise any one but me; I confess I shudder every time I hear the sound of a gun." She then admitted, "the preparations [for war], are very terable indeed, but I endever to keep my fears to myself as well as I can."

By the spring of 1776, diseases, such as smallpox, had become a considerable threat to the Continental Army. As such, Martha was inoculated in May, a procedure that was not without dangers. Nevertheless, according to Jacky, she recovered well.  Though spared from that dreaded disease, Martha still experienced exhaustion and other illnesses throughout the war. In 1781, after six long years of war, the travel began to take a greater toll on her. George wrote to his brother-in-law Fielding Lewis in May that Martha had been "in a very low and weak state having been sick for more than a month with a kind of Jaundice." A review of the many roles that Martha filled throughout the war explains her exhaustion.

George Washington clearly benefited from the comfort of Martha's presence at the winter camps. Maj. Gen. Nathanael Greene wrote to his wife Caty on April 8, 1777, "Mrs Washington and Mrs Bland from Virginia are at Camp, happy with their better halves. Mrs Washington is excessive fond of the General and he of her.  They are very happy in each other."1 Martha Bland wrote to her sister from the Morristown camp on May 12 of that year that George's "Worthy Lady seems to be in perfect felicity while she is by the side of her Old Man as she calls him." Extending her influence farther afield, Martha was also seen as a positive influence on the morale of the troops. Her grandson, George Washington Parke Custis, pointed to her "kindness to the sick and wounded" as a reason her annual arrival in camp was "hailed as an event that would serve to dissipate the gloom of the winter-quarters."2

Perhaps the most significant and enduring role that Martha held during the Revolutionary War was that of a celebrity.

Martha Washington's activities during the Revolutionary War extended far beyond conveying comfort. She served as a secretary, when needed, by copying letters for the General; she acted as a liaison between her busy husband and local officials; she entertained guests, including Elizabeth Drinker and several other Quaker women in 1778; and she kept close watch on the conditions of the Mount Vernon household from afar. In addition, the future First Lady participated in a successful campaign that encouraged American women to donate money and make clothes for the Continental Army.

Perhaps the most significant and enduring role that Martha held during the Revolutionary War was that of a celebrity. In addition to soldiers and officers anticipating her arrival at winter camps, her whereabouts became of interest to many colonists. This newfound prominence is reflected in the many newspapers that announced her arrival when she was traveling to and from encampments. Her celebrity status only increased as her husband led the Continental Army to victory.

As the war entered its last phases, Martha and the General sustained a significant heartbreak. Martha's only living child from her first marriage, Jacky, had joined his stepfather in Yorktown to act as a civilian aide. Though Martha ensured he was away from the front lines, Jacky contracted "camp fever" at Yorktown and died in 1781. There is little doubt that Martha would have preferred a private life focusing on motherhood and the home, but given the circumstances forced upon the Washingtons, she embraced her new roles and thrived under pressure. 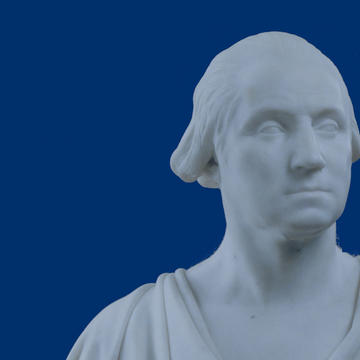 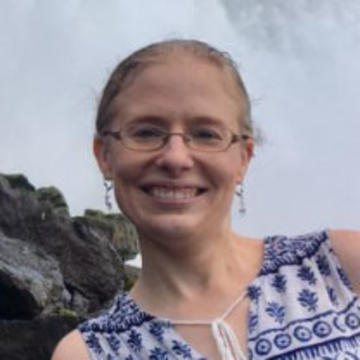 Lynn Price  is the Assistant Editor of the new Family Papers project at The Washington Papers. She received her BA in Journalism from Indiana University of Pennsylvania, and her M.A. in US History, with a focus on the revolutionary era and slavery, from George Mason University. Currently, Lynn is ABD at George Mason University, with a focus on the era of the American Revolution and the early republic. Her dissertation, currently in progress, is titled "‘To enjoy the blessings of freedom’: Slavery, Manumission, and Colonization in the District of Columbia (1790-1830)." 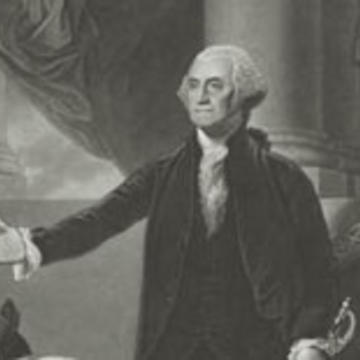