Presidential transitions didn’t use to matter. Here’s what changed.

Presidential transitions didn’t use to matter. Here’s what changed.

It's hard to imagine a time when transitions were not followed obsessively, writes Russell Riley

Presidential transitions have become major productions. The moment the General Services Administration ascertained that Joe Biden was the winner of the 2020 election, he received $6.3 million in federal money for transitional staff and the keys to a 175,000-square-foot office building just blocks from the White House to headquarter them. A cottage industry of experts on proper transitioning technique has emerged to provide guidance to newcomers on everything from White House organization to surviving background checks. And the pages of the nation’s newspapers have for weeks tracked in detail the president-elect’s personnel decisions, often drawing conclusions from tea leaves about the kind of presidency the nation is bound to experience over the next four years.

But it was not always so. Indeed the term “presidential transition” was not even in general circulation until at least 1948.

On Oct. 19 of that year, in an unsigned editorial, The Washington Post took to task Republican presidential nominee Thomas Dewey for saying that if he defeated the incumbent Harry S. Truman, he intended to begin work immediately reshaping American foreign policy while holding onto his day job as New York’s governor until the inauguration. The Post thought it inadvisable that the president-elect of the world’s most powerful nation would allow himself to be “burdened with questions as to how much shall be spent for roads, schools, and hospitals” in the Empire State. Truman, of course, made that a moot point when he won the election weeks later.

The term “presidential transition” was not even in general circulation until at least 1948.

That otherwise inconspicuous article is historically significant, however, because electronic databases indicate that it is the first time the phrase “presidential transition” appears in print in a major American newspaper. This is at once surprising and instructive. Given today’s breathless coverage of virtually every detail of the Biden transition, it is hard to imagine a time when such developments were not followed obsessively. But that reality illuminates something important about the changing role of the presidency in our political system.

Americans had almost 150 years of experience in baton-passing from one president to the next at the time this article appeared. Yet what we now know as the presidential transition was insufficiently distinctive in that interval to merit a special term of art. It was literally unremarkable. 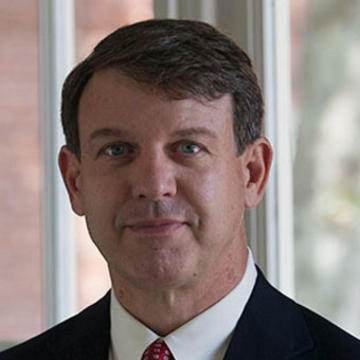