Reagan and the Cold War

Reagan and the Cold War

By seeking to talk to Soviet leaders and end the Cold War, Reagan helped to win it

Figuring out what Ronald Reagan wanted to do, or, more precisely, what things he wanted most to do, may be an impossible task. When reading memoirs about Reagan and interviews with his advisors, what impresses and surprises the most is that the “great communicator” was regarded as “impenetrable” by many of those who adored him, who worked for him, and who labored to impress his legacy on the American psyche.

Nonetheless, the growing documentary record, along with memoirs and oral histories, allows for a more careful assessment of Reagan’s personal impact on the endgame of the Cold War. His role was important, albeit not as important as Mikhail Gorbachev’s. But his significance stemmed less from the arms buildup and ideological offensive that he launched at the onset of his presidency in 1981 than from his desires to abolish nuclear weapons, tamp down the strategic arms race, and avoid Armageddon. These priorities inspired Reagan to make overtures to Soviet leaders; gain a better understanding of their fears; and, eventually, to engage Gorbachev with conviction, empathy, and geniality. After 1985, many of Reagan’s national security advisors, intelligence analysts, and political allies disdained the president’s nuclear abolitionism, distrusted Gorbachev, and exaggerated the strength and durability of the Soviet regime. Reagan, however, strove to consummate the Intermediate-Range Nuclear Forces Treaty, push forward on strategic arms reductions, and solidify his relationship with a pliable Soviet leader who was trying to reshape his own country. Reagan’s sincerity, goodwill, strong desire for negotiations, and shared commitment to nuclear abolition (however abstract) reassured Gorbachev, helping to sustain a trajectory whose end results the Soviet leader did not foresee or contemplate. Paradoxically, then, Reagan nurtured the dynamics that won the Cold War by focusing on ways to end it. 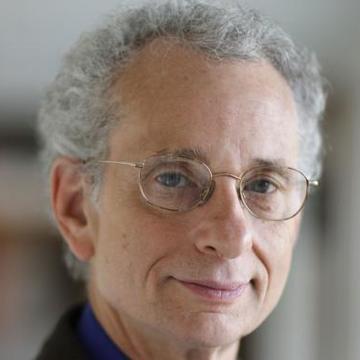 Leffler is Edward R. Stettinius Jr. professor in the department of history at the University of Virginia and Compton Visiting Professor in World Politics. He served in the office of the secretary of defense during the Carter administration, where he worked on arms control and contingency planning as a fellow of the Council on Foreign Relations.

Ronald Reagan and the Cold War: What Mattered Most