‘There were two levels of strategic failure’

‘There were two levels of strategic failure’

Robert Gates had served for more than a quarter-century in a variety of intelligence-service positions but had retired from the CIA and was serving as dean of the Bush School of Government and Public Service at Texas A&M University when the September 11th attack occurred. After becoming president of Texas A&M the following year, Gates offered critical perspective on the Bush administration's response to 9/11. Eventually, he returned to government to serve as secretary of state for the final years of the Bush administration and the first years of the Obama administration.

Gates recorded his oral history interview on July 8–9, 2013, and was interviewed by the Miller Center's Michael Nelson and Southern Methodist University's Jeffrey Engel.

I was on my way to a board meeting in Cleveland. The pilot comes on and says, “Both World Trade towers have been blown up and every aircraft in America is being grounded. We are landing in Kansas City.” That was about 15 minutes away. We landed on the tarmac. I was on a TWA flight and at Kansas City International Airport, one of TWA’s major hubs in those days. We actually had a gate, but there must have been two dozen big planes on the ground, just out on the tarmac, that had just landed.

I camped out in the Marriott for two and a half or three days.

We went right up to the gate. The gate agent got on a little microphone—I was sitting in first class and the gate agent said, “Now if you’ll all proceed from the airplane to the ticketing desk, we will proceed to reticket you,” blah, blah, blah. I thought to myself, Every airplane in America has been grounded? There ain’t anybody going anywhere for a while. Instead, I went to the hotel desk and reserved a room at the airport Marriott. That was on Tuesday. I didn’t get out of there until Friday, when I rented a car and drove to Denver, where I could get a plane back to Seattle.

I camped out in the Marriott for two and a half or three days. But every time I needed something, I’d agree to do an interview with Fox or CNN [Cable News Network] or somebody. They’d send a limo out to the hotel to pick me up. We’d go in, I’d do the interview, and on the way back, I’d ask them to stop by the Rite-Aid or CVS or grocery store, ATM, or whatever.

The interviews were surely, “What should we do? What do we do?” What were your thoughts as they unfolded?

I’ll be honest with you: I hardly remember. It was pretty quickly identified as al-Qaeda. My general thinking was that these guys have been at war against us for eight years and we’ve just discovered we’re at war with them, because they hit us beginning in 1993 at the World Trade Center and the embassies, the Cole, Khobar Towers. I went through that: We’re living in a different kind of world. These guys have the capacity to do bad things, really bad things.

Over the weeks that followed, how did you assess the performance of the Bush administration?

The easiest way to look at it is that I didn’t have any issues with any of it. I probably felt like they were doing a pretty good job, under the circumstances. I thought at the time, because there was a lot of commentary, at the time and since: People have not given proper credit, or proper weight, to the personal impact on all these people, that of having been in charge and having let the country down and the sense of utter fear they felt that something else was coming and coming quickly.

That was aggravated by the fact that, because the dots hadn’t been connected, all the filters that differentiate quality of intelligence reports—from rumor mongering to intercepts—all those filters were removed, so all of the intelligence about threats was coming into the White House with no filters. They then had, every day, reports of imminent attacks with nuclear weapons on Washington, New York, LA, and Chicago. Those were just flooding into the White House. They were just buried in threats.

They were in an environment where for many months they were expecting another attack, another really big attack. People haven’t appreciated the impact of that on these individuals as human beings and the sense of responsibility they felt for their failure to protect Americans. This was the first successful, foreign-based attack with loss of life on the continental United States since the War of 1812.

That’s a point I would make in speeches all the time. The other point I would make, and still make, is this: Who thought, on September 12th, that we would go more than 10 years without another successful attack? Nobody believed that. All Americans believed there was going to be another attack. Much of what has been written about those months and the interrogations and the wiretaps and all those things was a manifestation of the belief that the country was at war, was under attack, and we were going to be attacked again, and how you prevent that.

I put some of the things that were done in the same category as Lincoln lifting habeas corpus, Roosevelt interning the Japanese. There was a fear for the survival of the nation. They were determined to do whatever they could to prevent it.

Let me preface this question by saying I would only ask this to another professionally trained historian. You’re telling us that assessment in 2013, after having time to reflect and time out of service as well. At what point do you think, between 2001 and two minutes ago, did that sense that the personal failure of the administration to prevent an attack, did you begin to perceive that within the administration on a personal level? Did the people tell you this? Did you—

It was almost immediate.

Because I’d been there. I’d been the deputy national security advisor; I’d been the director of CIA. I was thinking to myself, What would I be feeling if I were in their shoes today, September 12, 2001? It is just this huge burden of failure, that thousands of people lost their lives because I didn’t do my job right and a bunch of other people didn’t do their jobs right. What’s wrong with us? How do we fix this and how do we fix it overnight? A big chunk of what I just said two minutes ago I believed from almost the very beginning. I guess I was very sympathetic to them for all those same reasons.

Let me follow up on this for a second. Aside from the things that were in the headlines—the Cole attack and the embassy attacks and what not—had you given a lot of thought to al-Qaeda as a problem in the interim? Could you speak to that?

There were two levels of strategic intelligence failure. There was the specific, and I think there was a broader, deeper, lack of understanding of Islamic fundamentalism. I remember when I was on the NSC and either right before or right after the Islamic revolution in Iran, the then deputy national security advisor, David Aaron, wrote, “Ask CIA for their assessment of Islamic fundamentalism.” The CIA came back and said they didn’t have anything. We didn’t know anything.

If we’d had a great database and knew exactly what al-Qaeda was all about, what their capabilities were and stuff like that, some of these measures wouldn’t have been necessary.

Here they’d just taken over Iran, with huge strategic implications. That level of ignorance continued certainly until 1993, but even then—The reality is that on 9/11 we didn’t know jack shit about al-Qaeda. That’s the reason a lot of this stuff happened and the interrogations and everything else, because we didn’t know anything. If we’d had a great database and knew exactly what al-Qaeda was all about, what their capabilities were and stuff like that, some of these measures wouldn’t have been necessary. But the fact is that we’d just been attacked by a group we didn’t know anything about. In a way, the failure to appreciate Islamic fundamentalism is a far more valid criticism of the intelligence community in the ’80s and ’90s than the collapse of the Soviet Union.

What do you ascribe the failure to? There are many theories circulating around that perhaps this was simply a generational shift, that people who had been trained as Soviet specialists were just not thinking in the ’90s about other parts of the word.

I’ll reveal a bias of mine: area experts, country experts, are sometimes the very last ones to see a revolutionary change coming, because the history of most countries is a history of continuity. In discontinuity, they find too many reasons why that won’t happen.

The guy who was covering Iran, the senior analyst on Iran, in 1979, had spent 20 years working on Iran. He spoke Farsi. This was not some sort of liberal arts generic analyst; this was a real expert, and he and everybody else missed it.

We totally misread the Arab spring.

When I was head of the analytical side of the CIA, I set up a separate group called global issues. They were to look, not from a country aspect in terms of looking at terrorism, but to look at the factors that give rise to terrorism and discontinuities and to develop metrics. How can you gauge when the temperature is rising on certain issues and among certain elements of the population and so on? I’m not sure whether it contributed very much or not, but it was a different way to come at my concern that the area experts are very often the last to realize that a revolution is about to take place.

We totally misread the Arab spring. The Arab spring is all about revolution. As a result, the consequences are going to be with us for a hell of a long time. Arab spring sort of connotes reform, the flowering of reform and the building of institutions and sort of all peace and good will and is mainly bullshit. [laughter]

I realized later, and it would have been politically controversial, CIA should have had sections working on religious issues, because the truth is that we have serious international problems being created by Christian fundamentalism, Jewish fundamentalism, Hindu fundamentalism, and Islamic fundamentalism. But tell me if I would like to go up and testify about that on the Hill. 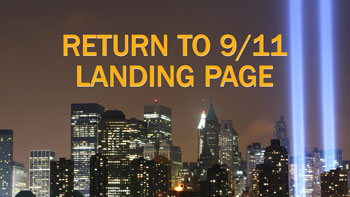