President George H. W. Bush believed a unified Germany was the only option

On November 9, 1989, the East German government announced it was opening its borders at midnight. The “Iron Curtain” was coming down, and in Berlin, the wall was transformed overnight—from a barrier into a gateway between East and West, a place where the Berliners with whom President John F. Kennedy had identified 26 years earlier could meet and celebrate together.

To look at the fall of the Berlin Wall through the eyes of President George H. W. Bush’s senior staff is to see a president who put practicality over passion and the future over the past.

What most remember is Bush’s focus on the continuing relationship with the Soviet Union. He was determined not to “dance on the wall,” in the words of Robert Gates and James Baker III, Bush's deputy national security advisor and his secretary of state, respectively. Bush knew, Baker said, that “he was going to have to deal with [Soviet leader Mikhail] Gorbachev and [Eduard] Shevardnadze [the Soviet foreign minister] after the wall came down.

“He got a lot of grief from the media for not being more emotionally exuberant about the fact that the wall had come down, and he said, ‘Wait a minute. We’re going to have to continue to deal with these people, and I’m not going to stick it in their eye.’ He was so wise on that, really.”

Bush took the position that America wasn’t the main actor in the drama and that true influence would come by recognizing this. “I think when the countries began falling, Poland as well as the wall, one of the reasons President Bush’s reaction was tempered was because he knew how much the people were behind this,” recalled Craig Fuller, Bush’s chief of staff as vice president. “He wanted it to be their movement, not an American foreign policy victory.”

NEGOTIATING THE FUTURE OF GERMANY

In the immediate aftermath of the Berlin Wall opening, West German Chancellor Helmut Kohl called for German unification—to the horror of Gorbachev, British Prime Minister Margaret Thatcher, and French President François Mitterand, who vividly recalled the horrors of Nazi aggression during World War II. Among the “big four” powers who had taken over a defeated Germany in 1945—the United States, United Kingdom, France, and Russia—President Bush was the only leader to embrace unification from the start.

Just one day after Kohl’s November 28 announcement of a 10-point plan for rapid German reunification, Baker delivered the administration’s unprecedentedly quick response, offering four principles on which unification should proceed:

2. Any unified state should take shape within NATO.

3. Unification should be peaceful and gradual.

4. There should be no redrawing of Germany’s borders.

By January 1990, outright chaos in East Germany seemed a real possibility, as did bloodshed. Government workers went on strike throughout the former communist state, and protests began to grow again.

In mid-January, Kohl seemed to waver in his commitment to keep a reunified Germany in NATO when answering a reporter's question, worrying the Bush team.

By January’s end, Gorbachev had reluctantly conceded unification’s inevitability, but he insisted that he would never permit the nation to be a part of NATO. On January 31, West German Foreign Minister Hans-Dietrich Genscher suggested structuring a unified Germany so that only the territory of the former West Germany would be part of NATO.

On February 9, 1990, James Baker met with Shevardnadze and then Gorbachev in Moscow about German unification. According to the National Security Archives and historian Jeff Engel, Baker assured Gorbachev that NATO would not expand "one inch eastward." However, in the documentary film Statecraft, Baker says he never made this promise to Gorbachev—as evidenced by the agreement signed by the Soviet Union. Rather, the agreement concerned only the deployment of NATO troops to the former East Germany. In a 2014 interview, Gorbachev endorsed Baker’s account.

The Bush team then began to work on calming Thatcher and Mitterand’s fears about a resurgent, unified Germany, and in Thatcher agreed to the notion of a Germany as a part of NATO.

Gorbachev was dealing with problems of his own in Moscow as prices soared, shelves remained empty, and anti-government demonstrations became depressingly routine. Gorbachev’s survival depended on the process of German unification: any result that seemed overly dictated by the West would coalesce conservative Soviet powers against Gorbachev.

There were now various proposals for a unified Germany: A unified, neutral Germany (suggested by the East German leader); a unified Germany, with only the territory of the former West Germany a part of NATO; and the U.S's preferred option of a unified Germany fully a part of NATO. With National Security Advisor Brent Scowcroft telling Bush that Germany is a pressure cooker, the Americans propose a process for moving forward, which they call "two plus four". The two Germanys (East and West) would negotiate terms of their reunification, and the four powers would join the discussion over Germany’s international role.

On February 13, 1990, Baker spoke to West German Foreign Minister Genscher and Soviet Foreign Minister Shevardnadze five times each to discuss the "two plus four" proposal, as well as holding discussions with his British and French counterparts. President Bush committed himself to the time-consuming task of personal diplomacy as well, speaking frequently to Thatcher and Kohl.

On February 24, 1990, Kohl arrived at Camp David to discuss German unification with President Bush. At an exit press conference, Bush announced, "We share a common belief that a unified Germany should remain a full member of the North Atlantic Treaty Organization, including participation in its military structure. We agreed that U.S. military forces should remain stationed in the united Germany and elsewhere in Europe as a continuing guarantor of stability.”

Dozens of meetings and face-to-face meetings took place. Engel calls it Bush’s “campaign of consultations.” He listened to his allies. Scowcroft said, “This was personal diplomacy in the finest sense of the term… coalition building, consensus, understanding, tolerance and compromise.” But there was also power.

By late spring 1990, only the Soviets remained as a real obstacle to Bush’s plan. “We have a problem with NATO," Shevardnadze said, "It’s an imagery problem. If Germany is united under NATO’s banner, it would look as if you had won and we had lost. The Soviet public would never stand for such a thing or forgive any leader who gave up so much.”

On March 11, the Baltic state of Lithuania declared its independence from the Soviet Union, and independence movements in other Soviet states were gaining strength.

One week later, East Germany held its first free elections in 57 years, with ninety-three percent of East German citizens casting ballots. Nearly half of all votes went to the parties aligned with Kohl, making it clear that the East Germany electorate favored reunification.

On May 31, 1990, Gorbachev arrived in Washington for an eventful summit. During a formal session, Bush raised the issue of Germany’s right to self-determination: Like any other state, it should have the right to choose its own alliances, including NATO, he said. To the president's great surprise, Gorbachev shrugged his shoulders and agreed. Bush’s aides passed him a note urging the president to get Gorbachev to repeat himself. He did. Chaos broke out with Gorbachev’s Soviet aides openly arguing with one another.

On June 3, 1990, Bush and Gorbachev spoke at a joint press conference. “We are in full agreement that the matter of alliance membership is, in accordance with the Helsinki final act, a matter for the Germans to decide," Bush said.

James Baker: 'It was taken down by the heroic people of East and West Germany' 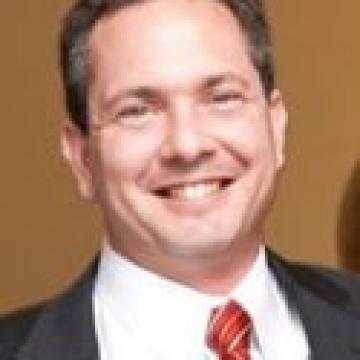 Read Jeffrey Engel's essay on the first year of the Bush 41 administration. "More happened on the international stage during those first 12 months. than for any other president in American history," he wrote for the Miller Center's First Year Project.