From the director of Statecraft

From the director of Statecraft

What inspired you to make Statecraft?

The Miller Center asked me to peruse the Presidential Oral History Project transcripts from President George H. W. Bush’s administration and offer suggestions for a documentary film. What immediately caught my eye: the stellar foreign policy and national security team President Bush assembled, the collegiality and discipline that characterized the team, and their achievements at a time of great danger in the world.  So the film offers a portrait one of the best foreign policy teams in American history.

What was the most difficult part about making the film?

Honestly, the most difficult part of making the film was trying to figure out how to keep the running time to 56 minutes—i.e., a PBS broadcast “hour.”  President Bush 41’s foreign policy and national security team is so accomplished we could have made a full-length documentary about each individual—President Bush, James Baker, Brent Scowcroft, Dick Cheney, Colin Powell, Robert Gates, Condoleezza Rice, among many others.  Thankfully, we were able to create a 75-minute version, which offers a slightly more comprehensive view. That film will be offered in screenings and at film festivals in the near future.

If you want to avoid catastrophic outcomes, good government matters.

What surprised you most as you uncovered the stories in the film?/What do you see differently now than you did before?

I was a young Senate staffer when President George H.W. Bush was elected. My job was to answer constituent correspondence on foreign policy issues. So, not only was I working in Washington, DC at the time, but I was trying very hard to keep track of the world events illustrated in Statecraft. It was absolutely fascinating to hear about how things worked inside the White House and how hard people worked to build alliances around the world. It took careful, strategic and courageous diplomacy to help facilitate a peaceful end to the Cold War.

Which lesson from the film seems most relevant today?

If you want to avoid catastrophic outcomes, good government matters.

The Twinning Reaction is a feature-length documentary film about a tragically failed human research experiment from the 1960s: a case involving identical twins who were separated in infancy and secretly studied by psychologists for many years. The film provides an inside look at the dangers of medical arrogance and the enduring bonds of twinship. 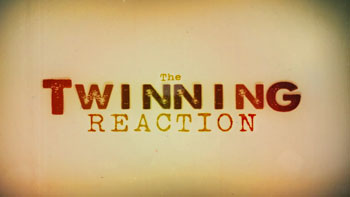