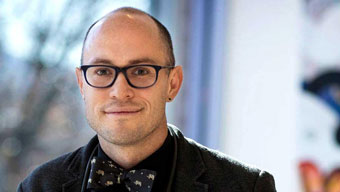 Tim Cunningham, DrPH, MSN, RN—an assistant professor of nursing, an assistant professor in the drama department, and director of the Compassionate Care Initiative and the University of Virginia—earned a BA in English from the College of William and Mary, worked as a professional actor and teacher, then joined the CNL program at the University of Virginia. After earning an MSN from UVA, he worked as a pediatric and adult trauma/emergency nurse while also serving as executive director of Clowns Without Borders, USA, work that took him around the world, including to post-earthquake Haiti where a documentary film "Send in the Clowns" featured him and his colleagues. Tim completed a doctorate in public health in 2016 at the Mailman School of Public Health at Columbia University in the department of population and family health.