Is Vladimir Putin a rational actor?

Is Vladimir Putin a rational actor?

There has been much discussion since Russia’s invasion of Ukraine as to whether Vladimir Putin should be considered a rational actor, given his brutal assault on Ukraine and his apparent unwillingness to recognize the high costs the invasion has already imposed on both his military and his nation. This issue matters a great deal as the West considers options that could end the tragedy by giving Putin a negotiated way out of the debacle. Indeed, if Putin is not rational, and does not see that the costs and risks of this war are far larger than any benefits, some analysts believe he might escalate the war beyond Ukraine in a desperate attempt to salvage something from a campaign that has not gone the way he expected. This could mean a direct clash with NATO, and the potential use of nuclear weapons.

Yet the assessment of any leader’s level of rationality, especially in moments when his or her decisions are going badly, is much more difficult than it seems. First, there is the question of time frame: Are we talking about the rationality a leader displays in the decision-making leading up to an action or the rationality of decision-making once it is clear that the costs and risks are turning out to be much higher than any benefits? Truly rational actors accept when things are not going as expected, and then adjust to the new reality. Here it does seem that Putin’s refusal to negotiate even a ceasefire, let alone a withdrawal based on a Ukrainian agreement not to join NATO, reflects his inability to see the long-term implications of a continued fight.

The separate question of whether he was rational to attack Ukraine in the first place could go either way. International relations experts emphasize that we must look at “the information available at the time” and avoid Monday morning quarterbacking. Some of these experts have argued recently that given the West’s weak response to Russia’s 2008 invasion of Georgia and its 2014 annexation of Crimea, Putin had reason to believe that any sanctions by the West this time would again be mostly slaps on the wrist. In the face of Ukraine’s stated desire to join NATO and align with the European Union, Putin had reason to believe not only that Russia must act sooner rather than later to stop additional NATO expansion, but that Russia’s military would quickly be able to control the country and install a pro-Russian puppet that would reorient Ukraine toward the east.

If Putin’s true ends have to do with the glory of empire and his place in the history books, then his actions – even the destruction of Ukraine in order to “save” it – can be seen as rational in terms of means but crazy in terms of ends.

Perhaps there is a case to be made for the rationality of Putin’s initial action on these grounds, and most realists I know believe his action is at least understandable given his declining geopolitical position vis-à-vis NATO and the relative firepower advantage everyone thought the Russian army possessed. Yet these sentiments obscure more than they reveal, since they ignore a second and often neglected aspect of the whole rationality question: namely, rationality with regard to what? Here there are two main ways to conceptualize the issue. The first approach is to take for granted that a leader such as Putin has a certain key end, such as national security or keeping himself in power, and then ask whether he was able to form beliefs about reality that were reasonable given the information available. This is how most realists are making their arguments: Putin is interested in Russia’s security, and he had reason to be worried about NATO expansion and to believe a quick invasion might improve Russia’s geopolitical position for the long term, despite short-term costs.

But there is a second approach to rationality that must be included in the debate here. This approach questions the rationality of Putin’s ends. Just as we might be loath to say suicide bombers are rational when they undertake horrific acts that they believe will secure them a place in heaven, so Putin’s action could be seen as irrational if he is doing all this for his “place in history,” perhaps to be seen as the individual remembered for recreating the glory of the historical Russian empire. He has talked for three decades about the tragedy of the fall of the Soviet Union. He knows that Russia’s own history is connected to the medieval empire of Kyiven Rus’. This empire, with its capital in Kyiv, reached its height under a ruler named Vladimir the Great in the late 10th century. (Tellingly, Putin in 2016 erected a statue of this earlier Vladimir near the Kremlin to match the one already existing in Kyiv.) He seems to believe strongly that Ukraine has no legitimacy as a sovereign state and is only a province of Russia itself. In short, if Putin’s true ends have to do with the glory of empire and his place in the history books, then his actions – even the destruction of Ukraine in order to “save” it – can be seen as rational in terms of means but crazy in terms of ends.

Which of these two Putins are we dealing with right now? If realists are right that Putin is using the only means he reasonably believed was left to him to secure Russia’s geopolitical security, and that he simply miscalculated the ferocity of the response of the Ukrainian people and the West, then we should expect him to seek a negotiated peace that will allow him to cut his losses and show, through Ukrainian concessions on NATO, that Russia is now more secure than it was before. As a rational and strategic actor, this first Putin will likely keep escalating in the short term, but only to increase his bargaining leverage for the final negotiated settlement. And the talks between the Ukrainian and Russian foreign ministers in Turkey offer hope that this first Putin is the “real” Putin.

But if we are dealing with the second Putin, watch out. That Putin is driven by ego and delusions of grandeur. He sees the fight itself, no matter how bloody and destructive, as itself glorious and a sign that he is willing to put Russia back on top no matter what the cost – to his nation and even to himself personally.

If I were a betting man, I’d put my money on the first scenario. Putin has indeed made a colossal miscalculation, a miscalculation that will clearly only harm Russia’s security over the long term, not help it, even if he prevails militarily. It is thus likely over the next month that he will try to find a face-saving way out, perhaps through the securing of the eastern provinces of Ukraine as nominally independent republics that provide a buffer zone against NATO. But of course leaders often have a mix of motives when they act, and there may indeed be a good part of the second Putin that co-exists with the first. Almost all his public statements leading up to the crisis suggest that he does indeed believe his own propaganda that Ukraine was an artificial entity created by Soviet leaders just after the Russian Revolution and that it therefore rightfully belongs to Moscow.

If Vladimir Putin is indeed motivated by both national security concerns and his own place in history, then only time will tell which of these two Putins will prevail as things get worse for his nation over the next months. Even the glory-driven Putin is unlikely to deliberately use nuclear weapons, so Russian saber-rattling over the last two weeks should be discounted as mostly bluff. But ego-driven leaders can come to believe that going down in a blaze of glory is preferable to retreat. This can push them beyond the mere miscalculation of probabilities and costs. They may see the defense of their self-image as more important than the well-being of their nation. The West can negotiate with the first type of leader using all the power it possesses. But if the other Putin is lurking in the shadows – perhaps even hiding part of his face from Putin himself – U.S. and European leaders must remain aware of the dangers of provoking this dark beast as they continue to rachet up the pressure. 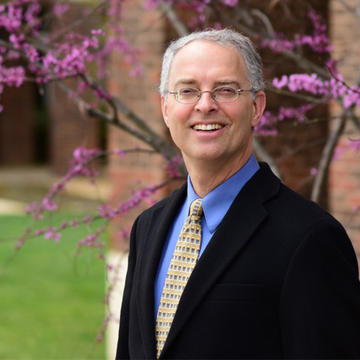 Dale Copeland, a Miller Center faculty senior fellow, is the Hugh S. and Winnifred B. Cumming Memorial Professor of International Affairs in the UVA Department of Politics. Copeland specializes in security studies and political economy. He is the author of many publications, including Economic Interdependence and War, which examines the conditions under which inter-state trade will lead to either war or peace and won the 2017 Best Book Award of the International Studies Association. He is also the author of The Origins of Major War, which studies the rise and fall of great world powers and the devastation of system-wide war.