Sen. Edward Kennedy had a 'feeling of dread' about his brother's run for president

[Read the full article at The Hill]

When Robert F. Kennedy died 50 years ago today, the victim of assassination like his brother, President John F. Kennedy, Sen. Edward Kennedy received word of the unfathomable historical repetition while completing a campaign swing through northern California. Just when they had achieved victory in the Golden State’s 1968 Democratic presidential primary, the Kennedys’ world collapsed, as it had on that horrific November day in 1963. The clan’s matriarch Rose Kennedy explained, “It seemed impossible that the same kind of disaster could befall our family twice in five years. If I had read it in fiction, I would have said it was incredible.”

At age 36, Teddy Kennedy now became the family’s patriarch, with all three of his older brothers lost to violent deaths and his father, Joseph P. Kennedy Sr., rendered mute by a stroke. From 2005 to 2008, the senator provided 29 oral history interviews for University of Virginia’s Miller Center, offering fresh insights about this tumultuous period for the nation and the Kennedy dynasty.

Separated by seven years in age, Bobby and Teddy were not especially close as youngsters, although they shared the family’s adventures in pre-World War II England when their father was U.S. ambassador to the United Kingdom. Young Teddy was impressed by RFK’s devotion to principle, as when he opposed a conservative priest at Harvard’s Newman Club who preached that only Catholics could achieve eternal salvation. Bobby’s crusade, encouraged by his father, ultimately led to the cleric’s removal.

In 1963, all three surviving Kennedy brothers (the eldest, Joe Jr., was a World War II casualty) gathered in Washington at the apogee of the family’s power: with Jack in the White House, Bobby his attorney general, and Teddy as the new senator from Massachusetts. In a historic first, the brothers advanced, from both ends of Pennsylvania Avenue, what would become the 1964 Civil Rights Act. Their troika ended all too soon, however, with the president’s assassination in Dallas, but in 1965, Bobby joined Teddy in the Senate, representing New York. Now the youngest Kennedy sibling outranked his brother in seniority. 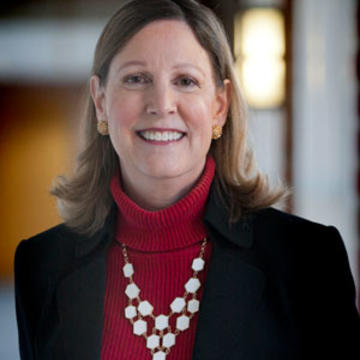 A Kennedy expert, Perry is the Gerald L. Baliles Professor and director of Presidential Studies at the Miller Center, where she co-directs the Presidential Oral History Program. Join Perry and RFK's daughter Kerry Kennedy for a discussion about her father and his continued influence on the American identity.