White Christianity is its own biggest threat

White Christianity is its own biggest threat

'For believers in a religion whose Scriptures teach compassion, we’re a breathtakingly cruel bunch,' Charles Mathewes writes in the Washington Post

This year, however, it’s increasingly difficult not to notice that the main threat to Christianity in America comes from American Christians themselves.

Earlier this month, the Supreme Court heard a case from a baker who argued his Christian convictions led him to refuse to bake a wedding cake for a same-sex couple. Last week, we witnessed the spectacle of white Christians in Alabama who convinced themselves either that the man they hoped to elect as their senator was not so creepy around young girls as to get himself banned from a mall (fact check: he was), or that the behavior that got him banned is actually biblical in character, and therefore okay (exegesis check: it isn’t). In the end, 80 percent of white evangelicals voted for Moore.

It’s not just that a vocal segment of white Christians can’t tell righteous leaders from sexual predators and overestimate the power of baked goods to communicate spiritual messages; our failures are wider and deeper and more foundational than that. We’re remarkably ignorant of the history and the current state of the world we inhabit, and no better with scientific knowledge either. We don’t believe the media, but we’ll believe the most incredible Twitter rumor or Facebook post, curated for us by Vladimir Putin. We are surprisingly ignorant about religion, not only other people’s, but even our own.

But perhaps most importantly, white Christians seem unwilling to be guided by the plain truth of our shared faith. Instead of forming judgments about how to live our lives based on how our religious convictions interact with real-life circumstances, we pass off irascible reactions as theological principles. White evangelical Christians like guns, for example, and do not especially like immigrants. Compared to other demographics, we’re excited about the death penalty, indifferent to those who are impoverished or infirm, and blind to racial and gender inequalities. We claim to read the Bible and hear Jesus’ teachings, but we think poor people deserve what they (don’t) get, and the inmates of our prisons deserve, if anything, worse than the horrors they already receive. For believers in a religion whose Scriptures teach compassion, we’re a breathtakingly cruel bunch. 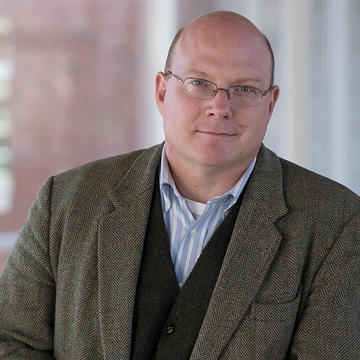