Barbara Perry vividly remembers her first encounter with John F. Kennedy. "In October 1960 my mother loaded me and my two older brothers into our '56 Chevy for a trip to downtown Louisville, Kentucky, to attend a presidential campaign rally and see her new political hero—Senator John F. Kennedy. We arrived early and stood right in front of the podium where the handsome candidate spoke and reached over to shake my brother's hand. I was hooked!"

Nearly 60 years later, Perry has become one of the nation's foremost experts on the former president and his family (she humbly calls herself a "Kennedy buff"). And on Sundays through April 15, her expertise will be on full display as CNN broadcasts the six-part documentary American Dynasties: The Kennedys, which explores "how America's 'first family' has helped shape the politics of the nation, and influence national and global events." Perry is featured in all six episodes.

Perry is the author of books on Rose Kennedy and Jacqueline Kennedy Onasis as well as several works on the U.S. Supreme Court.

More about the show

American Dynasties: The Kennedys is a six-part CNN Original Series that takes viewers behind the public image of America’s "first family," revealing how personal relationships within the Kennedy dynasty helped shape national and global events—from the Cuban Missile Crisis to the struggle for civil rights legislation. The docuseries spans the lives of Joseph and Rose Kennedy and their children, uncovering how and why this one family so significantly impacted 20th-century America. 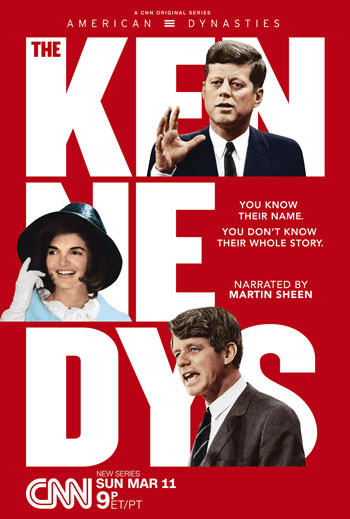 Barbara Perry discusses her books on the Kennedys

Rose Kennedy: The Life and Times of a Political Matriarch