We have seen this movie before, and I am fairly certain how it will end. Barring some potential massive revelation, President Trump will not be leaving the White House prior to January 2020. Why? Because this controversy, like the many that have preceded it, is being refracted through partisan prisms. When that happens, as it invariably does in our polarized national climate, incumbents can breathe a sigh of relief.

Democrats will bellow of scandal, treason, bribery, and high crimes and misdemeanors. Republicans will wring their hands, deflect and minimize, and eventually settle on whataboutism, analogizing to what others have done. “He is no worse than others in the swamp” will be the refrain. Or we will be told that President Trump simply had to get to the bottom of possible corruption by former Vice President Joe Biden and his son.

This is the Clinton impeachment redux in a more partisan and poisonous atmosphere and with the party roles reversed. Whereas Republicans emphasized the rule of law in 1998, Democrats do so today. Whereas Democrats in 1998 frantically searched for promiscuous lawmakers and spoke of coup by impeachment and overturning the will of the people, Republicans today are casting about to find prior attempts to use the White House for political gain and insisting that it takes acts of the worst villainy to oust a president because after all the people elected him.

President Trump should not have sought the foreign investigation of an opponent in his phone call with the Ukranian president. Not only was it misguided, but it was wrong. While presidents wield tremendous authority over foreign affairs, that power should not be used to tear down domestic opponents or to bolster their own standing. If there was something truly worthy of investigation, he should have left the matter to the officials in his administration. It lowers the dignity of the Oval Office when a sitting president presses a foreign government to investigate an opponent.

Yet we also recognize that if a Democratic president made this call to a foreign leader, Democrats would engage in their own whataboutism. We know this because that is what Democrats did in the wake of what now appears to have been a seriously flawed investigation of a presidential campaign. A Democratic administration used the considerable resources of the federal government to investigate a candidate based on flimsy evidence and a fake dossier. Apparently, no one thought the Christopher Steele dossier had any substance or was chock full of facts. Nonetheless, it was used to secure judicial approval to spy on an American citizen. 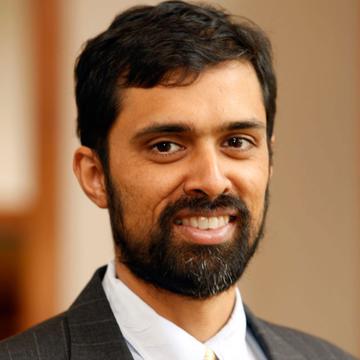 Among Prakash's articles are "50 States, 50 Attorneys General and 50 Approaches to the Duty to Defend," published in the Yale Law Journal; "The Imbecilic Executive," published in the Virginia Law Review; and "The Sweeping Domestic War Powers of Congress," published in the Michigan Law Review. He is the author of Imperial from the Beginning: The Constitution of the Original Executive (Yale University Press 2015).