Read the entire article in the Weekly Standard

A decade ought to be enough time to make sense of the financial crisis of 2008—to unearth the relevant facts and sort through, with some scholarly distance, the most important debates.

A reader wishing to get a handle on the financial crisis, what was done about it, and what the future might hold should start with one or more histories of the episode (to learn what happened), dip into some memoirs (for depth about the dilemmas that decision-makers faced), and then study some critical analyses of causes, consequences, and policy recommendations.

The financial crisis was not a single event in one place. It occurred across time: The cycle of contraction began with the bust of the housing bubble in early 2006 and its aftershocks can still be felt today. It occurred across space: It was largely a North Atlantic crisis, reverberating between the United States and Europe. No single book can treat the complexity of the crisis with finality.

The completist or the historian might start with reading books by the prophets who cried in the wilderness—the economists whose pre-crisis writings seem prescient, like Yale professor Robert Shiller, whose Irrational Exuberance (in its 2005 edition) noted the bubble in housing prices and the decline in lending standards. Subprime Mortgages (2007), by the University of Michigan’s Edward Gramlich, is dry and academic in tone but reading it evokes a sense of foreboding like that felt when reading about Sarajevo in 1914.

The most entertaining book about the lead-up to the crisis is Michael Lewis’s The Big Short, which was adapted into an Oscar-winning movie. To be “short” in this context was to have sold claims on subprime housing debt in anticipation of the collapse of that market—in other words, to have bet against the over-optimism of the crowd. Lewis profiles a handful of individuals who saw the massive overpricing of mortgage-backed securities and decided to act: “The people on the short side of the subprime mortgage market had gambled with the odds in their favor. The people on the other side—the entire financial system, essentially—had gambled with the odds against them.”

Where Shiller, Gramlich, and Lewis go deep into particular antecedents of the crisis, Bethany McLean and Joe Nocera go broad. Their All the Devils Are Here is an excellent survey of decades of innovations in government policy and the business behaviors they elicited. The government-sponsored lenders Fannie Mae and Freddie Mac receive special attention as promoters of the housing boom and credit expansion that ultimately led to the bust.

Andrew Ross Sorkin’s Too Big to Fail gives the best summary of the agonies of business and government leaders at the epicenter of the crisis in 2008. Sorkin acknowledges those leaders’ plight but finally draws a stern judgment:

If the government had stood aside and done nothing as a parade of financial giants filed for bankruptcy, the result would have been a market cataclysm far worse than the one that actually took place. On the other hand, it cannot be denied that federal officials . . . contributed to the market turmoil through a series of inconsistent decisions. . . . What were the rules? There didn’t appear to be any, and when investors grew confused—wondering whether a given firm might be saved, allowed to fail, or even nationalized—they not surprisingly began to panic.

Sorkin’s book, rich in interviews, was adapted into a movie for HBO.

Read the entire article in the Weekly Standard 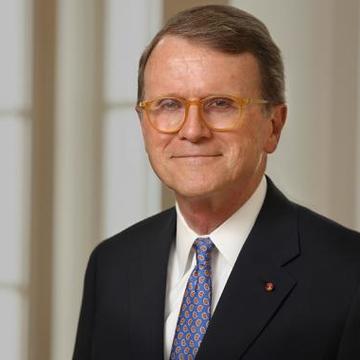 Bob Bruner is University Professor at the University of Virginia, Distinguished Professor of Business Administration and Dean Emeritus of the Darden School of Business. He has also held visiting appointments at  Columbia University in the United States, INSEAD in France and IESE in Spain. He has a forthcoming visiting appointment at Harvard. He is the author, co-author or editor of more than 20 books on finance, management and teaching. A faculty member since 1982 and winner of leading teaching awards at the University of Virginia and within the Commonwealth of Virginia, he teaches and conducts research in finance and management.