Miller Center Senior Fellow Robert F. Bruner writes in The Hill about the lessons we still have to learn

[Read the full article in The Hill]

Ten years ago this month, a recession began in the U.S. that would metastasize into a full-fledged financial crisis. A decade is plenty of time to reflect on what we have learned, what we have fixed, and what remains to be done. High on the agenda should be the utter unpreparedness for what came along. The memoirs of key decision-makers convey sincere intentions and in some cases, very adroit maneuvering. But common to them all are apologies that today strike one as rather lame.

“I was surprised by the sudden crisis,” wrote George W. Bush, “My focus had been kitchen-table economic issues like jobs and inflation. I assumed any major credit troubles would have been flagged by the regulators or rating agencies. … We were blindsided by a financial crisis that had been more than a decade in the making.”

Ben Bernanke, chairman of the Fed wrote, “Clearly, many of us at the Fed, including me, underestimated the extent of the housing bubble and the risks it posed.” He cited psychological factors rather than low interest rates, a “tidal wave of foreign money,” and complacency among decision-makers. Timothy Geithner said that, “failures of foresight were primarily failures of imagination … our visions of darkness still weren’t dark enough.” And Henry Paulson explained that “we believed the problem was largely confined to subprime loans. … (Then) the problems were coming far more quickly.”

Surprise, underestimation, poor imagination, and disbelief in an adverse outcome are hallmarks of the onset of a financial crisis.

My studies of the 17 major financial crises since the founding of the Republic reveal that over-optimism is an important driver of the bubbles that eventually become busts. As the legendary investor, Sir John Templeton, once said, “The four most dangerous words in investing are ‘This time is different.’” Such was the mindset that real estate prices could only rise (2008), dot-com companies would forever grow and be profitable (2001), or that the Russian government would never default (1998).

These days, the blogosphere chatters about a coming crash and financial crisis, for the obvious reason that conditions feel bubble-ish. We are in the late stage of the third longest economic expansion and second-longest bull market in U.S. history. Stock prices are high: The cyclically-adjusted price-earnings ratio is at the third-highest since 1880. Consumer confidence is buoyant. The personal saving rate, 3.1 percent, is near the all-time low. According to the Fed, financial conditions are looser than average. House prices have broken above their peak at the last housing bubble. A Saudi prince paid $450 million for a painting. And nearly every day, Bitcoin sets record prices. 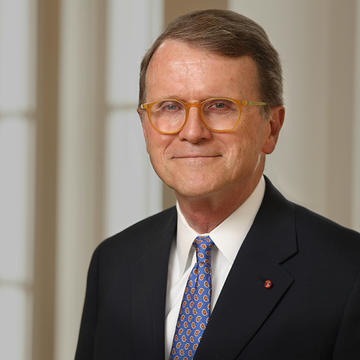 A Miller Center senior fellow, Bruner is also Distinguished Professor of Business Administration and Dean Emeritus of the Darden School of Business.