When the Miller Center was founded, health care played a relatively minor role in the presidency and the U.S. federal budget. In 1975, spending on health care accounted for just under 9 percent of the budget. At that time, Social Security programs consumed nearly 25 percent of the budget, and defense spending accounted for almost 29 percent. Today, as the Center approaches its fiftieth anniversary, these numbers have been transformed: health care programs make up the largest share of the federal budget at 25 percent, with Social Security at 23 percent and defense at 19 percent. Meanwhile, as of 2019, total public and private health care spending in the United States equaled 17.6 percent of GDP.

Health care programs make up the largest share of the federal budget at 25 percent, with Social Security at 23 percent and defense at 19 percent.

These statistics capture the centrality of health care in American life and public policy, from the economy to the now all-too familiar challenges of public health. The Miller Center defines its mission as applying “the lessons of history and civil discourse to the nation's most pressing contemporary governance challenges.” The increased importance of the health care sector indicates that its management now clearly constitutes one of the nation’s “most pressing” challenges. It has played an outsize role in the policy agendas of all recent presidents, from George W. Bush’s addition of a Medicare prescription drug benefit to Barack Obama’s effort to pass the Affordable Care Act to Donald Trump and Joe Biden’s struggles with the COVID-19 pandemic. The Center now intends to launch a major initiative on health care policy. This effort will both parallel and engage our existing research programs in the presidency and event programs in national security.

The Center will structure our health care policy project around two related tracks, one in domestic health policy and one in global health security. While distinct, these tracks will be attentive to areas of inter-action and over-lap, allowing us to engage issues in a real-world context in which the domestic and global have unique characteristics but also cannot be cleanly separated—something that the pandemic has demonstrated to be the actual reality of health policy. Both tracks will be characterized by the Center’s longstanding philosophy of giving careful attention to both history and contemporary challenges.

The domestic policy track will focus on issues related to the structure, organization, operation, and financing of the health care system in the United States from World War II to the present. These will include the classic challenges of health care reform and presidential politics but will also extend to crucial questions such as health care innovation, public health, racial and socio-economic health disparities, structure of health care systems, health care cost control, and health and democratic values.

There are 110 million people in this country who can't afford proper medical attention. That is a disgrace to the richest country in the world.

The global health security track will place the health challenges of the United States in a wider context. Its focus will include issues arising from the pandemic regarding global public health preparedness and vaccine development, diplomacy, and equity, but it will also explore how health issues affect national security and global leadership. This includes issues such as the Global AIDS reduction effort (an area of strength in the Miller Center’s oral history resources), tuberculosis, mental health, and childhood vaccination. As we build out this capability, we plan to leverage our relationship with Stephen Morrison, (senior vice president at the Center for Strategic and International Studies (CSIS) in Washington D.C.) who is currently a Schlesinger Distinguished Professor at the Miller Center. In addition, the global track will explore questions of comparative policy regarding health system structure, costs, and philosophy, with attention to issues of democratic governance and rights.

In 2003, I proposed the Emergency Plan for AIDS Relief—a five-year, $15 billion initiative to expand prevention, treatment, and care in the most heavily-affected countries. Congress approved the plan with bipartisan support. I want our fellow citizens to think about what this means: Every year, American taxpayers send billions of their hard-earned dollars overseas to save the lives of people they have never met. . . . This May, I proposed to double our nation's initial pledge to $30 billion over the next five years.

During spring 2022, the Miller Center hosted events to formally launch the Health Care Policy Project. These included high-profile panels in each of our core tracks, with Miller Center and UVA faculty as well as nationally and globally prominent figures in these fields. The project continues to recruit participation from UVA faculty with expertise in relevant areas and experts and policymakers in Washington, D.C., and beyond. 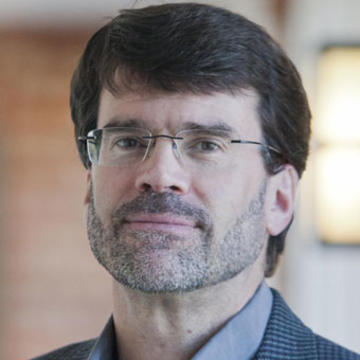 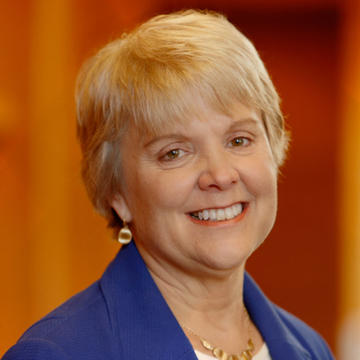 Margaret Foster Riley is the Dorothy Danforth Compton Professor at the Miller Center, a professor of law at UVA Law School, a professor of public health sciences at the UVA School of Medicine, and a professor of public policy at the University’s Frank Batten School of Leadership and Public Policy. She also directs the Animal Law Program at the law school. A scholar working in the intersection of law, regulation, policy, and ethics in the Life Sciences, Riley has written and presented extensively about health care law, biomedical research, genetics, food and drug regulation, reproductive technologies, human and animal biotechnology, and public health.