Rebuilding an international system that works

There they were, meeting in Beijing on February 4: Chinese President Xi Jinping and Russian President Vladimir Putin. Shortly before the start of the 2022 Winter Olympics, the two leaders released a remarkable 5,300-word joint statement about how the partnership between China and Russia would have “no limits.” The document went on at length about the two nations’ commitment to democracy. It called for a universalist and open world order, with the United Nations at the center. It stressed a commitment to international law, inclusiveness, and common values. It did all this even though Russia, as Xi and Putin both knew, was sending tanks and missile launchers to the Ukrainian border.

It called for an open world order, even though Russia, as Xi and Putin knew, was sending tanks and missile launchers to the Ukrainian border

By comparison, the September 1940 joint statement issued by Germany, Italy, and Japan was a model of candor. The Axis powers were at least truthful when they announced that it was “their prime purpose to establish and maintain a new order of things.” Russia, meanwhile, has described its war against Ukraine as one of liberation. It decided that the country’s Jewish president was a Nazi. It declared that there was really no such thing as “Ukraine.” And it argued that a NATO alliance with a U.S. force commitment in Europe that was only one-seventh as large as it had been at the height of the Cold War was now an existential threat.

In their statement, China and Russia achieved peak hypocrisy. But the existing world order, which aspired to build a global commonwealth, had already been failing. The free world’s leaders had long ago started favoring performative commitments over the real action needed to safeguard the planet from crises. They expanded NATO without meaningfully responding to increasing Russian aggression. Distracted and chastened by misadventures in the Muslim world, Washington in particular disengaged from practical deeds, even as its rhetorical commitment to the international order varied. The United States’ high defense spending had more to do with satisfying domestic constituencies than with supporting any positive strategy. The world’s transition from fossil fuels to renewable energy sources was based on hollow pledges and private action. As support for globalization waned, the United States and other countries retreated from trade agreements and neglected international institutions for civilian and common economic action. The world’s drive in the early years of this century to improve global health and human development petered out. 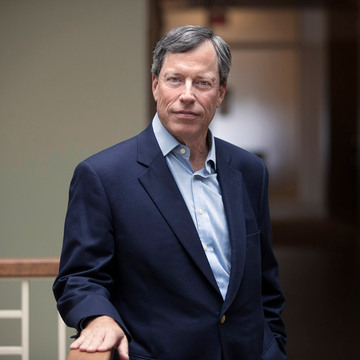