How the GOP turned away from the world

How the GOP turned away from the world

President Eisenhower defeated the isolationist faction of the Republican Party. Now Trump is toppling his legacy.

[Read the full article at POLITICO]

President Donald Trump has delivered on at least one promise: He has made “America First” the guiding principle of U.S. foreign policy. At this week’s NATO summit, when he hectored allies over their defense budgets, he followed a pattern established at the June 8 Ottawa meeting of the G-7: Alliances are useful only if they benefit America’s direct commercial and financial interests. For Trump, the solidarity of the West is a liberal myth. His warm embrace of North Korean dictator Kim Jong Un in Singapore on June 12, along with his upcoming Helsinki conference with Russian President Vladimir Putin, amplify the point: The old world order is dead, and Trump’s foreign policy will be driven by short-term deals, even with dictators.

It might make some Trump loyalists happy to think that the president is destroying something called “liberal internationalism.” But actually the world order he is attacking has been a core value of the Republican Party ever since Dwight D. Eisenhower turned back the dangerous isolationist faction of the GOP. Every Republican president since Ike has adhered to the basic theory of internationalism: that alliances make America stronger, safer, and richer.

Isolationism has a long history in the Republican Party. Following World War I, in which more than 100,000 Americans died, millions of citizens asked why the United States should remain entangled in world affairs. With a huge internal market, peaceful borders, and two giant oceans on either side, the USA seemed blessed by destiny: Wars that might break out around the world could not trouble the American homeland.

Republican presidents Warren Harding, Calvin Coolidge, and Herbert Hoover trimmed their sails to this isolationist sentiment and avoided entangling alliances with European nations. This scorn for the old world aligned with a growing chorus of domestic criticis of U.S. foreign policy, which asserted that the Great War had only benefitted a small caste of arms manufacturers and bankers. So alleged Senator Gerald P. Nye (R-ND), who chaired a Senate investigation into the munitions industry. 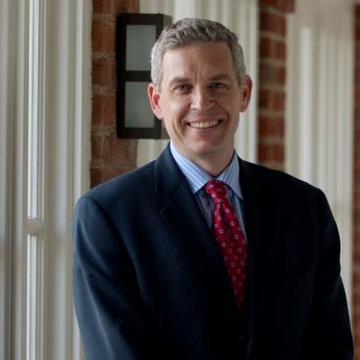 Hitchcock is the Randolph P. Compton Professor at the Miller Center and professor of history at the University of Virginia. His work and teaching focuses on the international, diplomatic and military history of the 20th Century, with a particular focus on the era of the world wars and the Cold War.